Share with your friends
Submit
Wine is part of the European culture, predominantly consumed during meals. Time spent in France oftentimes fuels a curiosity, if not intense desire, to learn about French wines. The attraction is in the interexchange of expressivity involved in the act of opening, pouring, swirling, sniffing and tasting French wines, as seen in the movies. 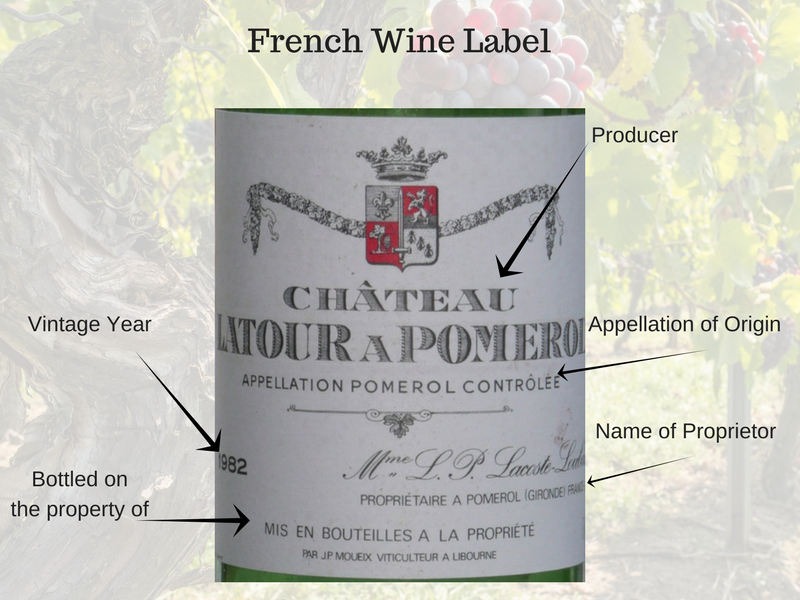 In Paris, wine is sipped regularly in cafes that dominate street corners, yet to explore the landscape and cultural tradition of winemaking, one must leave. Yes, there is Paris’ oldest vineyard in Montmartre, where annual tribute is paid during harvest time at Fête des Vendanges. The wine made from gamay and pinot noir grapes is bottled and labeled with local artists’ works and sold as collectors’ items. The event offers a chance to taste over 100 wines of the world, but the best education is to personally travel to wine destinations within reach, such as Bordeaux and Burgundy.

When faced with selecting wines in restaurants and wine shops, the intimidation of French wines begins with the label. To make a proper wine selection is to educate yourself on the wine regions. The labels prove difficult for Americans to interpret, as they focus on wine regions instead of grape varietals. One would have to know the region’s varietals to establish the content, and learn the difference between Grand Cru, Premier and A.O.C. designations in order to make an educated selection.

French wine is considered Old World, and is part of the country’s social identity, while in the United States, “New World” wine is utilized as a social lubricant outside of accompanying meals. How we relate to wine, then, would differ depending on our culture. In America, one would either buy a bottle of cabernet sauvignon, chardonnay or champagne based on the price, brand name and visual appeal of a wine label. 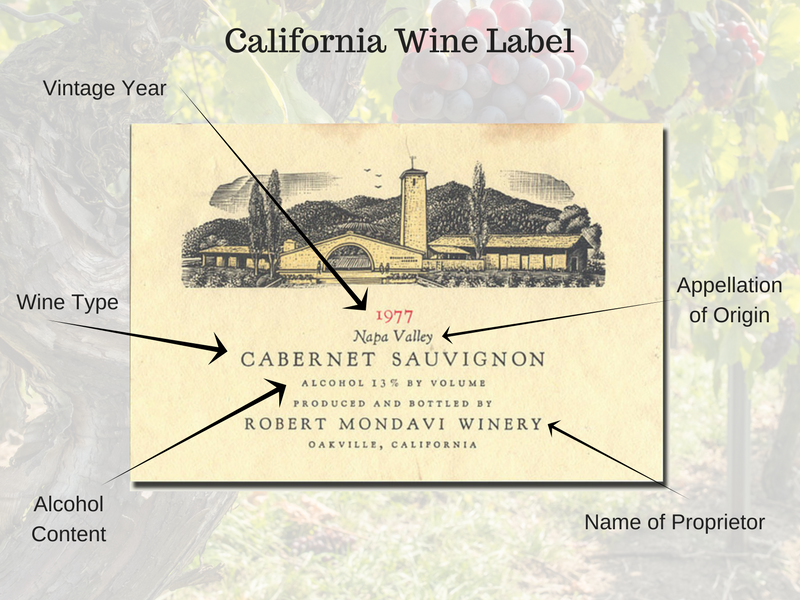 The connection between French and California wines began with the Great French Wine Blight of the mid-19th century. Although never fully confirmed, vines infected with the phylloxera virus are said to have been brought from America to France, infecting and spreading in the grafts brought from France to America and then back to France as they experimented in shared plantings. Lucky for the French, the Americans saved the day with suitcase plantings gathered from France. French grapevines were depleted with disease, but the ones shipped to America were not, so were gifted back and… the rest is history.

California wines are identical to French in sharing varietals such as the noble cabernet sauvignon, char-donnay and pinot noir, but that is where they part ways. As the French term terroir as a combination of soil, climate, altitude and tradition of winemaking, the two growing regions cannot be the same. In California, the aromas of its wines offer more upfront fruit while the same grape grown in France would offer more reserved notes of fruit and stronger minerality – more terroir driven.

Unlike the French tradition of winemaking, California is big on technology and even bigger in the design of its tasting rooms. And California wine labels are different than French labels in that they designate the winery and grape varietal; the region is determined as either California, or specific to a vineyard location in the Napa Valley.

The Wine Geek does an excellent break down of the biggest differences between the two:

•Cool to moderate growing region with limited sunshine and moderate to heavy rainfall
•The soils are sparse and calcareous in nature dominated by well drained gravel beds with lime-stone and clay.
•This mixture of warm and cool soil types slows the ripening process.
•It is has a marginal climate with sparse soil.
•The region struggles year in and year out to get the grapes ripe and need every day of the growing season.
•It is not uncommon to harvest grapes in October.
•Bordelaise always plant a variety of grapes to hedge their bet against Mother Nature, so the resultant wine is almost always a blend.

Wine style – Moderate to deep plum red color with a slight pink hue on the edge. The color saturation fades to the edge of the glass. Traditionally alcohol levels are moderate when fully ripe at 12.5% and acid levels can be a bit sharp. The tannins can be a bit astringent during youth. The wine is hard and edgy in its youth and can challenge the palate. The fruit flavors are of ripe black fruits such as black cur-rents, blackberry and plum. It is not uncommon to find a slight herby bush fruit edge.

•This is a much more southerly growing region than Bordeaux.
•It is a moderate to hot growing region with plenty of sunshine and almost no rain.
•The soils are more fertile, alluvial and loamy in nature.
•The soils tend to be warmer and accelerate the ripening process.
•Mother Nature is far more predictable and rarely challenges the vines ability to ripen.
•It is not uncommon to harvest grapes in August!
•California wineries can plant most any grape any where and get it to ripen.
•Single varietal wines from grapes such as Cabernet Sauvignon can be outstanding.

The wine style – Dense, dark and almost opaque red wine with more blue and violet highlights. The color saturation holds well to the edge and usually stains the glass as well. Alcohol levels are high, usually at 13.5% or higher and acid levels are low. The tannins are supple and textured. The fruit flavors are of jammy blackberry preserves, cassis, and stewed plums. It is not uncommon to find a green bean, asparagus or bell pepper character in the wine. The wine is friendly and welcoming in its youth. 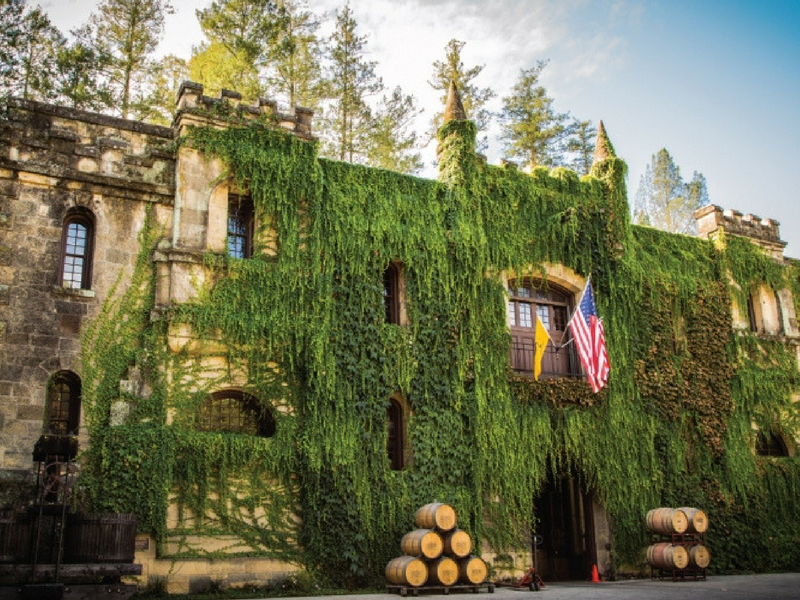 The 1976 Judgment of Paris between Californian and French wines led to a blind tasting that won Cha-teau Montelena, located in Calistoga, California, an award for its chardonnay and for Stag’s Leap (locat-ed in Napa) its cabernet sauvignon. That year a who’s-who of the French wine and food establishment gathered for a grand tasting at the Inter-Continental Hotel in Paris. Read the full story of the Paris Tast-ing. The results proved that Chateau Montelena could produce some of the world’s finest wines, and that California’s wine industry had come of age. It would seem that California and French wines are in the same playing field as far as winemaking is concerned, but as far as cultural imperialism, France wins, hands down. And the concept of California wine tasting better than French wine is a conversation best avoided with the French.

Below are two wines, one from France and another from America, to taste for your own process in evaluation. Be sure to taste and communicate face-to-face to share impressions and expressions of each label. 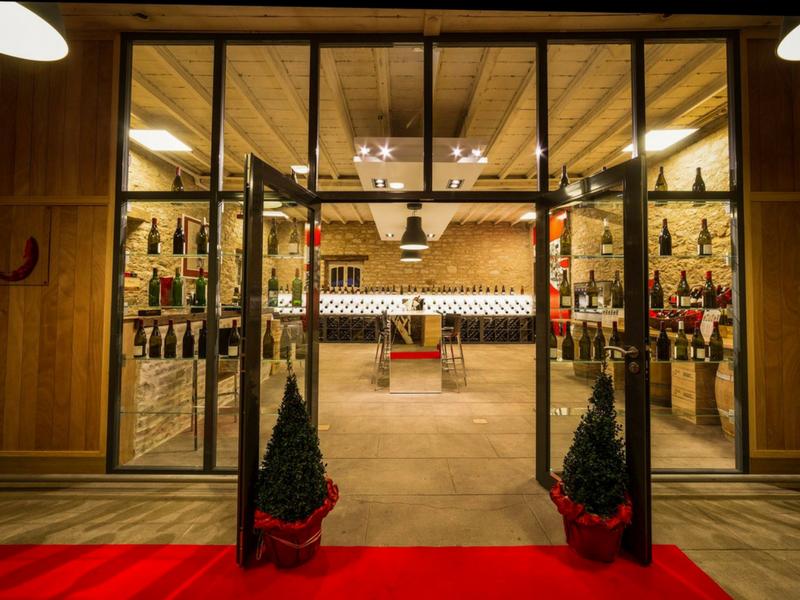 Insider Tip: Decant this wine to enjoy at its peak. 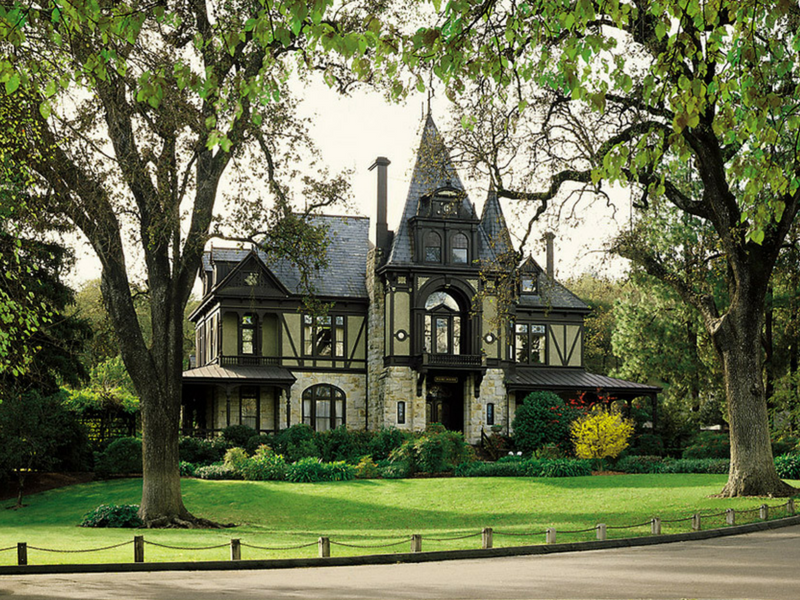 Beringer 2012 Quantum, Napa Valley ($65) made with grapes from vineyards of Howell Mountain and Saint Helena. This is a Bordeaux-style blend of earthiness from cabernet sauvignon (70%) grapes, merlot, malbec, petit verdot and cabernet franc. A nose of deep chocolate, smoke, dark berry led way to good tannin structure and a silky finish of baking spices.

Charlene Peters is an established writer who travels to wine destinations around the world. She can be reached at siptripper@gmail.com.