About 3,000 miles across the country from California, Washington, and Oregon, where the majority of U.S. wine is produced, New York State is enticing wine lovers with its cool-climate grapes and family-run wineries. As the fourth-largest wine-producing state in the country, with seven AVAs and several sub-AVAs, there’s a lot to explore in New York Wine Country. Here’s a closer look at the different viticultural areas that make up this destination-worthy wine region. 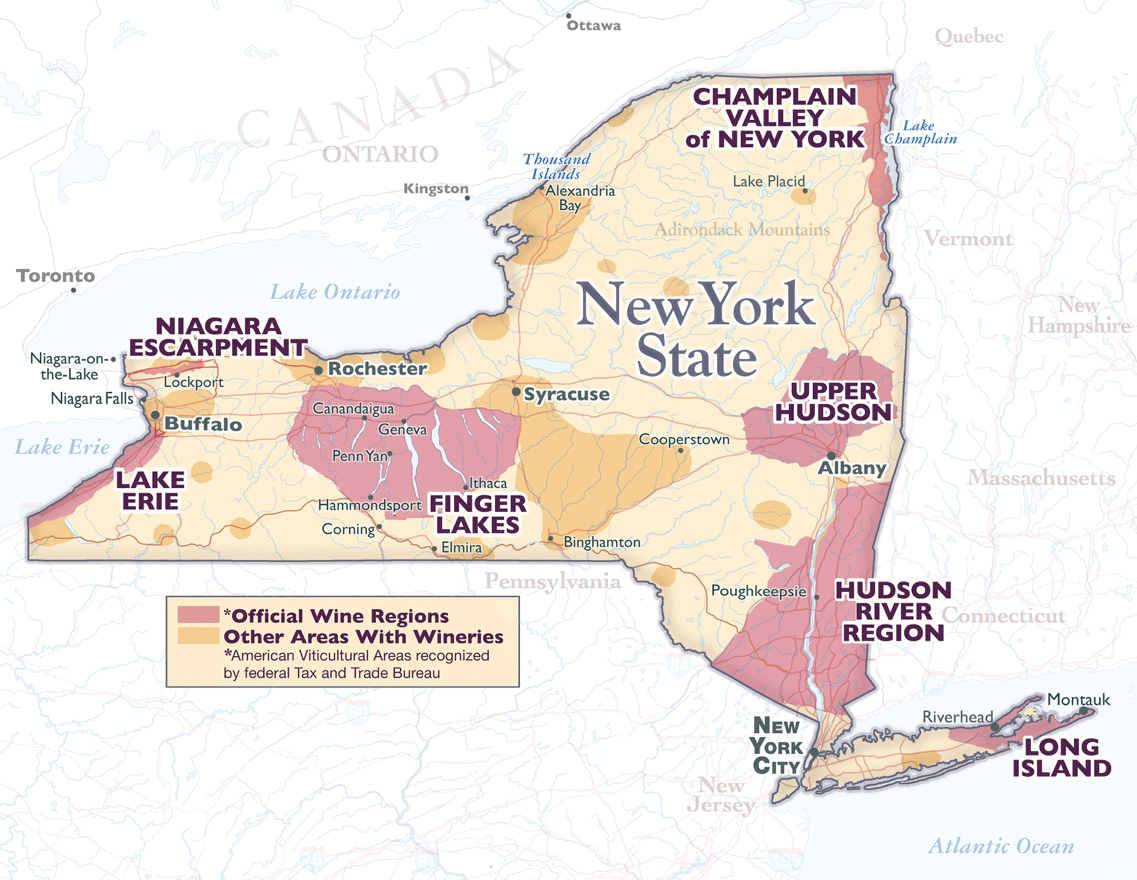 The Finger Lakes is one of the most historically important regions for New York wine. After Prohibition, the region rebounded with several key developments. In 1936, Charles Fournier, a winemaker at Veuve Clicquot, introduced French-American hybrid grapes to a region that previously focused on local varieties. A couple of decades later, Gold Seal — the company that employed Fournier — hired Dr. Konstantin Frank, a Ukranian immigrant and viticulturist; the duo, along with German-born Hermann J. Wiemer, began conducting in-depth experiments and research into the Finger Lakes’ terroir. The conduction deep dives into soil, climate, and grapes, among other elements, to determine best winegrowing practices and optimal growing sites for grapes.

The Finger Lakes is a tour de force of cool-climate winemaking, especially for riesling. All styles of riesling, from bone dry to lusciously sweet, show the Finger Lakes is an ideal match for the white grape. Pinot noir, chardonnay, and cabernet franc also thrive in the area. Delicious sparkling wines round out the Finger Lakes Wine offerings. 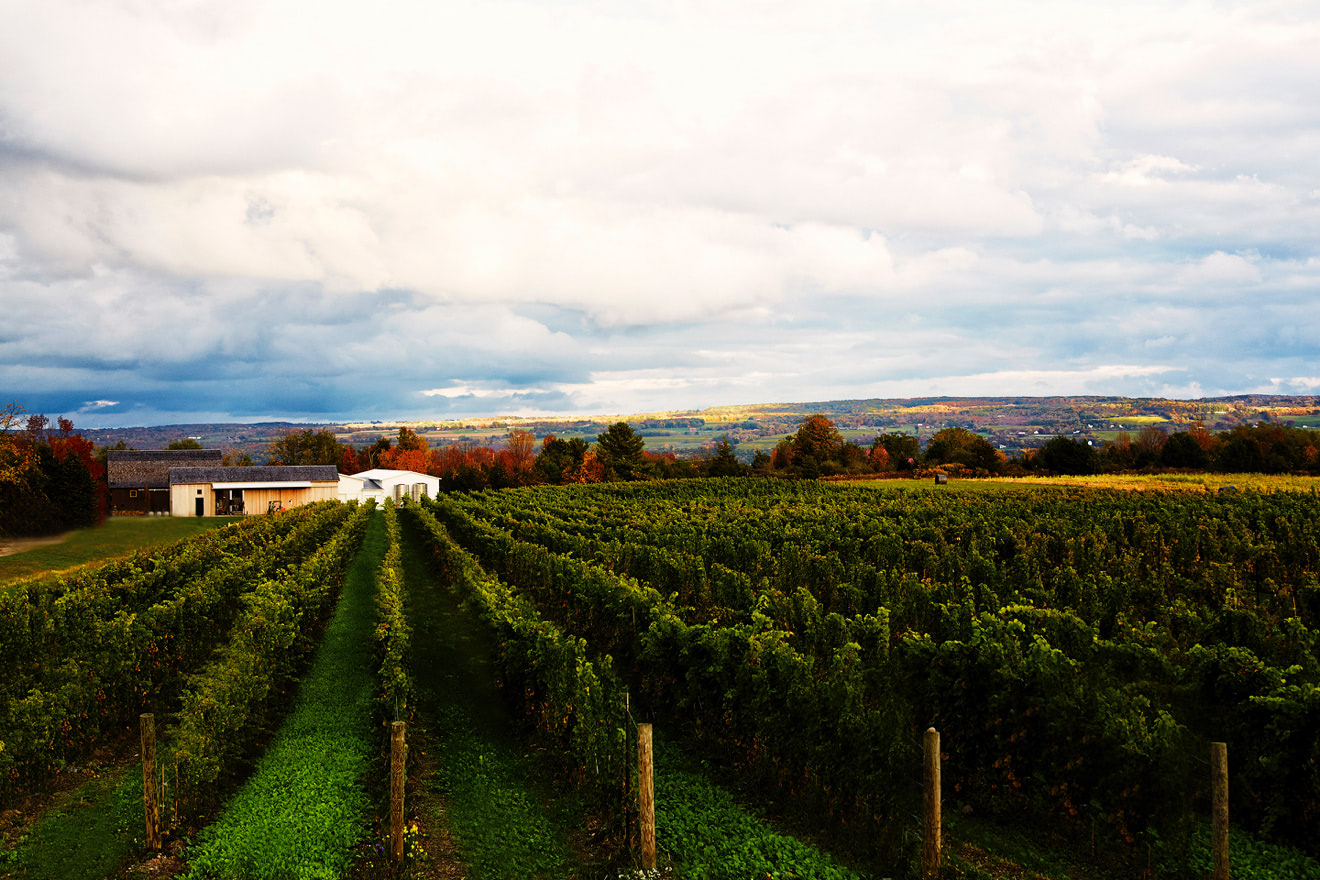 A number of cideries, distillers, and meaderies have also set up shop over the years, making the Finger Lakes one of New York’s most exciting craft beverage scenes.

A couple of hours outside of New York City, Long Island’s North Fork is an easy weekend getaway for city dwellers. The maritime climate and sandy soils mean Bordeaux varieties thrive in the wine region. Cabernet sauvignon and merlot are a focus, but winemakers also produce aromatic whites such as gewürztraminer and riesling.

This stretch of Long Island is a Wine Country dream; vineyards spread out on either side of the road and tasting rooms welcome visitors along this wine trail. Essential stops are Bedell Cellars, Sparkling Pointe, Palmer Vineyards, and Paumanok Vineyards. 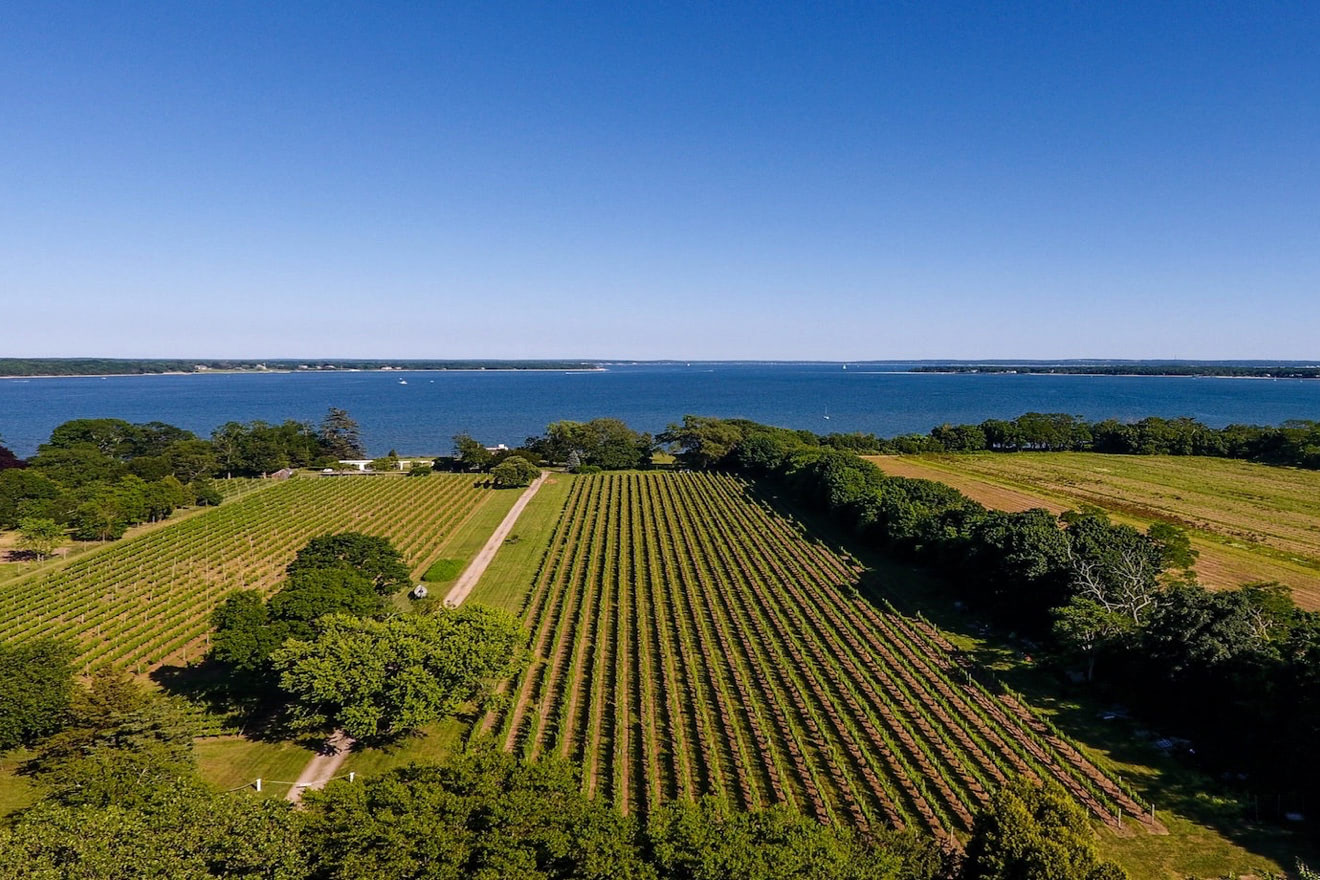 Although the North Fork of Long Island is the epicenter of wine production in this New York region, a few estates dot the South Fork, more commonly known as the Hamptons. Rosé wines appeal to the summertime vacation crowds, but wineries like Channing Daughters and Wölffer Estate are forward-thinking and innovative, producing wines like a skin-fermented tocai friulano and trebbiano, respectively.

The bucolic Hudson Valley, a short ride north of New York City, boasts the oldest winery in the country: Brotherhood Winery, founded in 1839. While winemaking roots run deep in this wine region, a cohesive wine industry was slower to form. However, the past few years have seen major developments. For many wineries in this New York region, cabernet franc has become a calling card and producers are putting a focus on this red grape. In addition to wineries, many cider makers thrive in this hamlet. 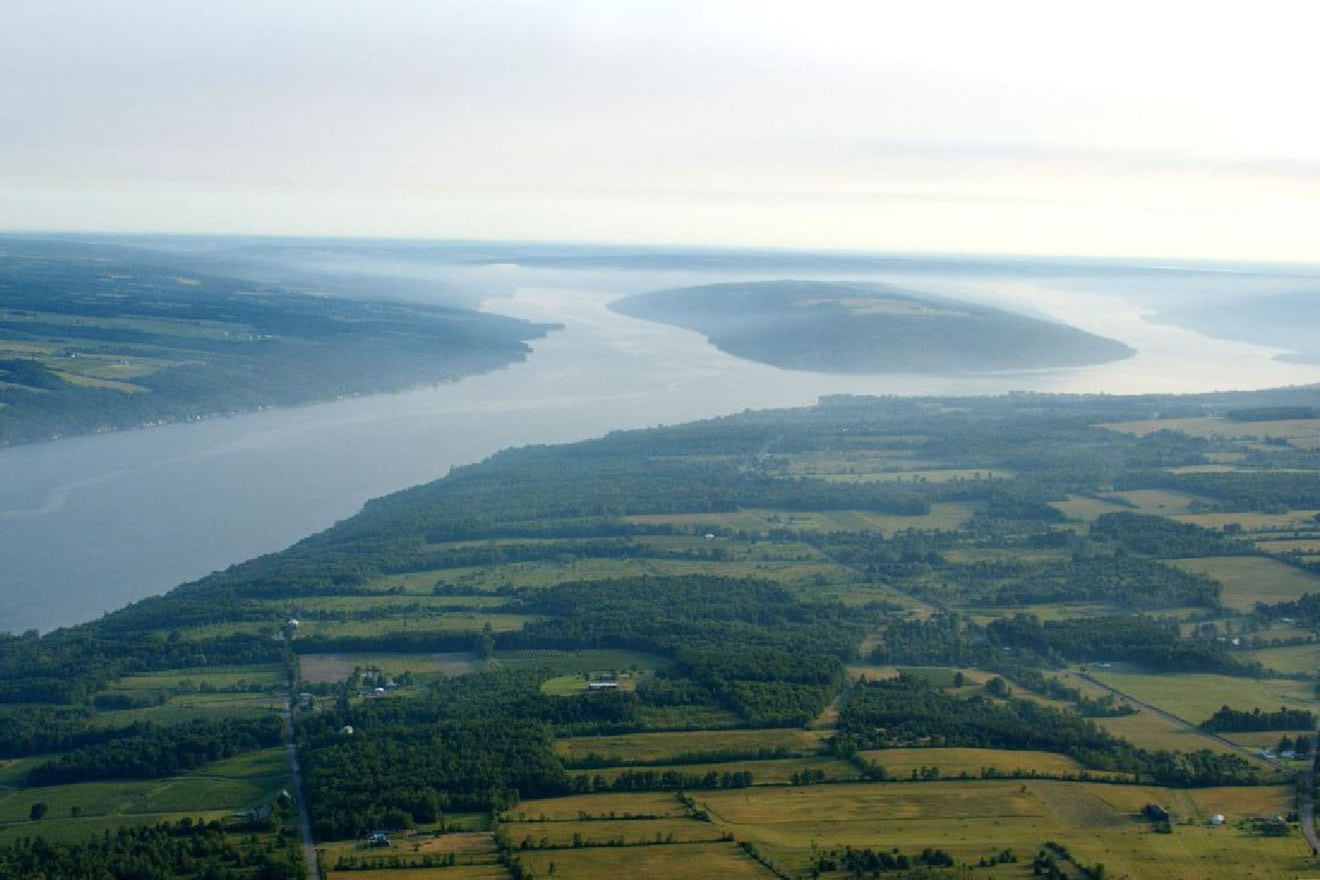 This northerly region is one of the warmest in New York State, largely due to the warm air currents from Lake Ontario. Although native and hybrid varieties dominate the vineyards, intrepid winemakers are starting to plant European grapes and experimenting with dry still wines. Stop in at Arrowhead Spring Vineyards or Leonard Oakes Estate Winery for a tasting.

Best known for the fruits that grow in this area, which serves as a border between Vermont and New York, a couple of wineries are looking at hardy winter grapes, like Frontenac, that another emerging region — Minnesota — is working with in their vineyards. While in the area, check out Amazing Grace Vineyard and Winery and Vesco Ridge Vineyards.

Little-known fact: outside of California, Lake Erie produces the largest amount of grapes in the country. About 95% are concord grapes, primarily used for juice, but in recent years, more European varieties are being planted and made into wine.

Long considered a vacation destination for city dwellers, the Upper Hudson AVA incorporates the Adirondacks and Catskills. Hybrids like Marquette dominate the plantings in the region, which can stand up to the icy, snowy winters. 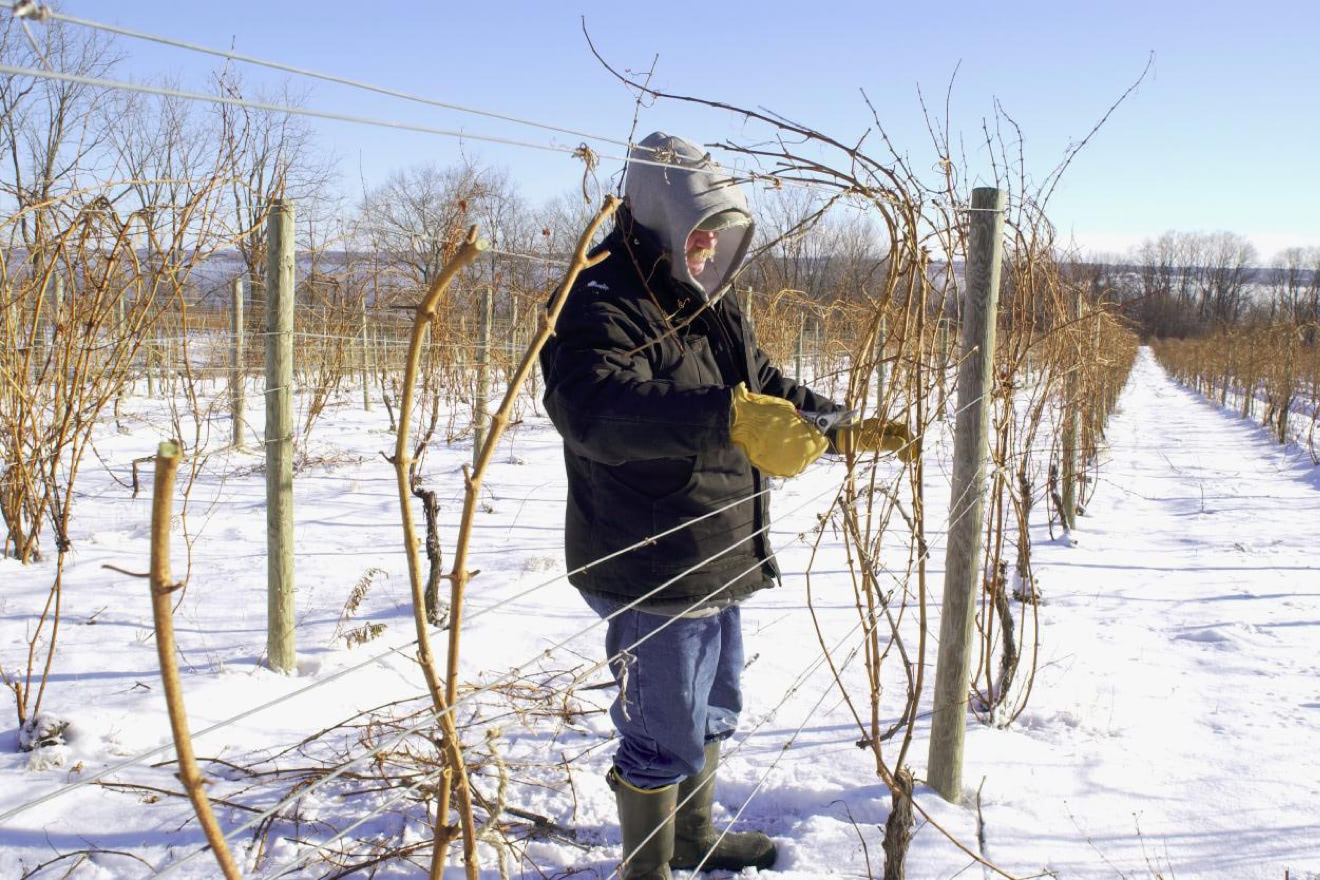 While not an official AVA, New York City has a number of exciting wine projects growing amongst the skyscrapers. Brands like Brooklyn Winery and The Red Hook Winery bring in grapes from all over the country, then vinify at their production facilities in the city. Both have adjoining tasting rooms so guests can sip and enjoy with great views of the skyline. Meanwhile, Rooftop Reds, an actual working vineyard on — yep, a rooftop — plans to bottle and sell their first vintage in the near future. City Winery and its offshoot, City Vineyard, meld entertainment and wine with concerts, events, and full-service restaurants. 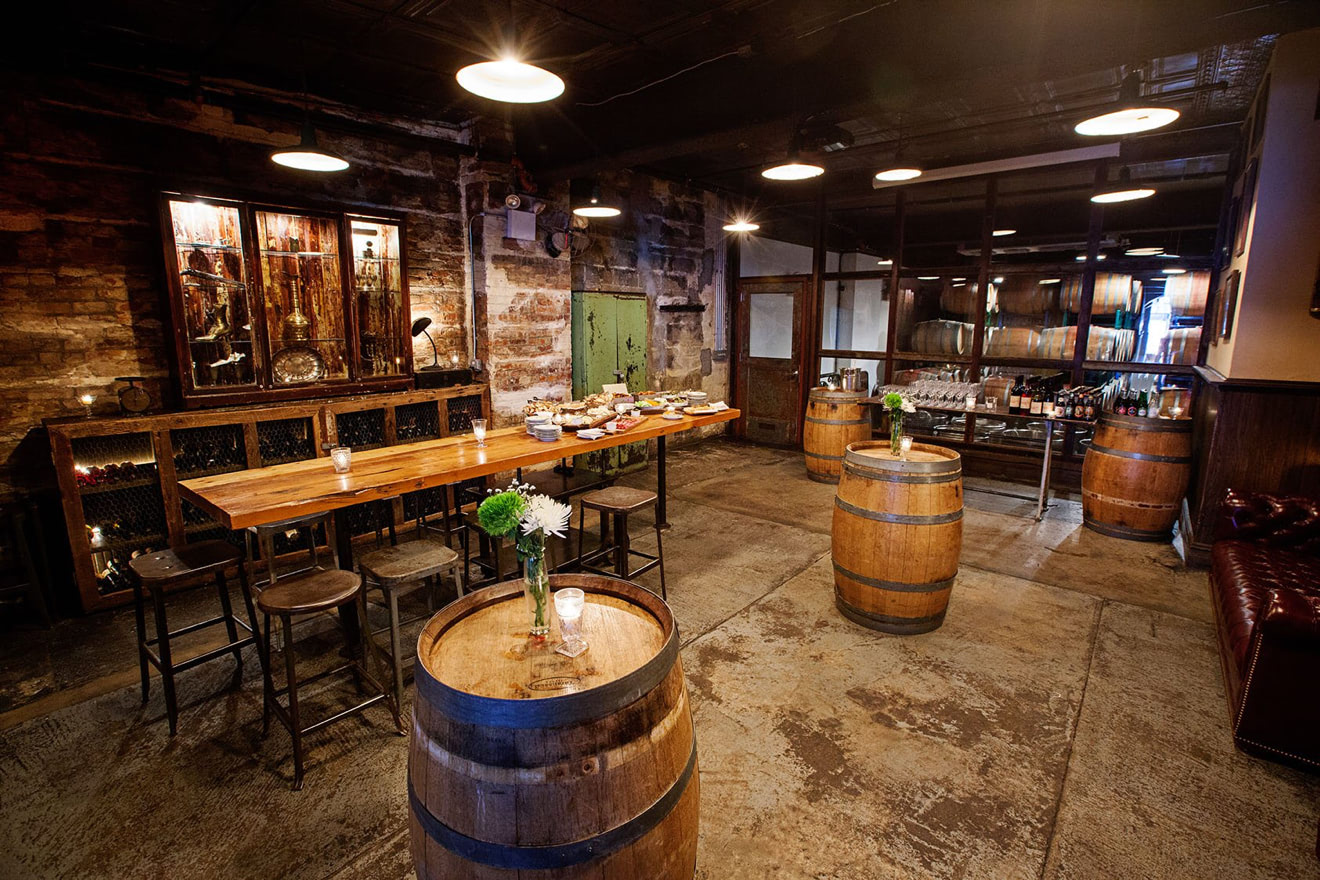 — Your Guide to Fun Wine Harvest Events Around the Country —

— Tour Germany’s Wine Country: The Mosel and the Pfalz —