Share with your friends
Submit
Yes, we’re winecountry.com but that doesn’t mean we’re all wine all the time. We’re in the business of providing our visitors with incredible vacation ideas. If you’re going to Oregon wine country you’ll be promised incredible Pinot Noir, Pinot Gris and more. But you’ll be missing out if you skip over a brewery tour or two. Oregon’s craft beer scene is exploding and we’ve found some of the must stops when you’re in the beautiful part of the PNW. 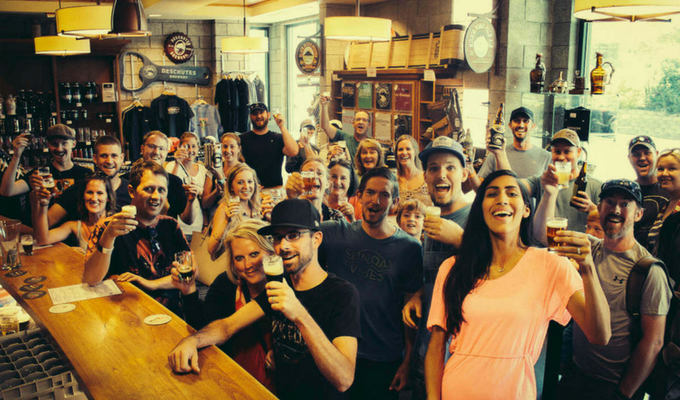 Founded in 1988 in Bend, OR as a brew pub, Deschutes is one of the largest craft breweries in the country. The original location remains fixture in downtown Bend and the business has expanded with a brew pub in Portland and a tasting room at the Bend brewing facility. Demand has grown nationwide for its brews like the Black Butte Porter and Mirror Pond Pale Ale and plans are in the works for an East Coast brewery in Roanoke, Va. The Bend production facility offers free guided tours and sells souvenirs and growlers of beer.

Insider tip: Both restaurants are known for their great food featuring fresh, local ingredients. There are several menu items at the Bend pub featuring spent grain from the brewing process. 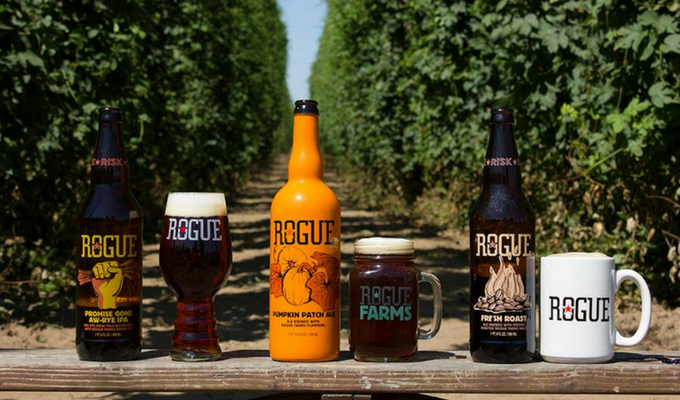 Founded by three Nike executives, Rogue started brewing in the basement of its 60-seat Ashland, OR brew pub in 1988. Rogue is known for its wide variety of beers including its great IPAs and famous Dead Guy Ale all in distinctive and eye-catching bottles. The brewery operates “meeting houses” in Newport, Astoria, Tygh Valley, Independence and Portland, OR plus locations in San Francisco and Issaquah, WA. Rogue Farms locations offer fans the opportunity to see first-hand where the dream rye and malting barley is grown. There’s a two-story brew pub in Newport brewing facility with beautiful views of the local marina. Tours are offered daily.

Insider tip: All Rogue meeting house locations are open 365 days a year and are family and dog friendly. 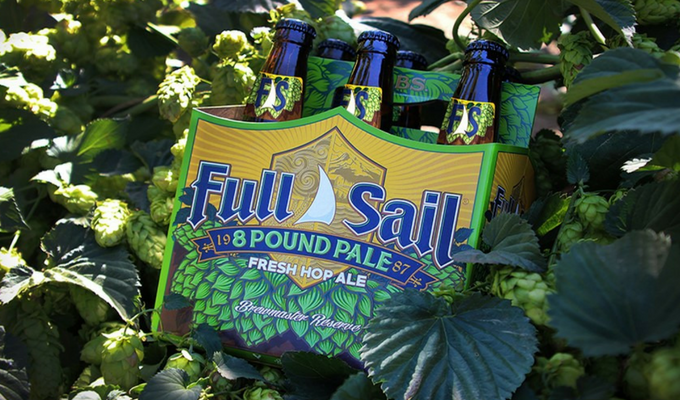 Full Sail Brewing Co. was one of the first microbreweries in Oregon and has grown to be one of the nation’s biggest craft breweries. Founded and headquartered in Hood River, Ore. since 1987, Full Sail offers four free guided tours of the brewery every day. A popular brew pub is also housed in the brewery facility. They have quite a line up of beers ranging from their core brews of amber ales, IPAs and pilsners to sessions and brewmaster reserves.

Insider tip: The brewery has incredible views of the Columbia River Gorge so make sure to grab a seat near the window for a beautiful view with your brew! 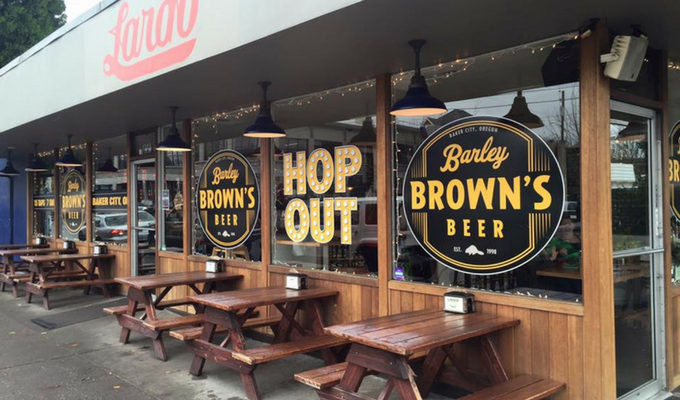 Barley Brown’s Beer is a hidden gem specializing in small-batch beers all handmade in the small city of Baker City, Ore. The family-owned business started in 1998 and its creative beers, like the Sled Wreck and the Shredder’s Wheat, have been winning awards ever since. It’s worth visiting Barley Brown’s highly-regarded restaurant, which is just across the street from the brewing facility, and tasting room. 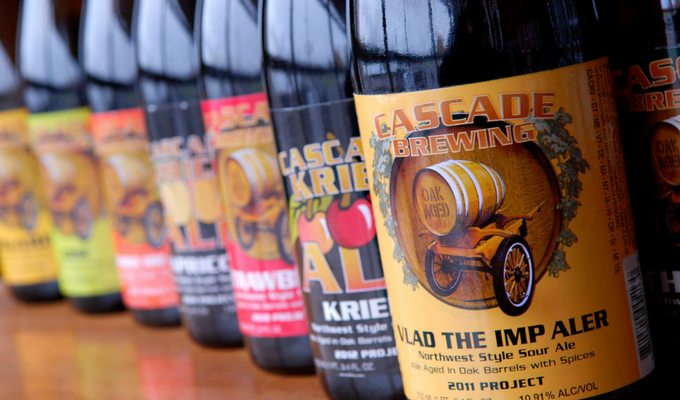 Portland’s Cascade Brewing Barrel House is known for its sour, barrel-aged beers. The brewers take pride in thinking outside the box with their brews disregarding any style guidelines. Cascade earned a very rare 100 rating from Beer Advocate, which speaks to their high standard of quality. It’s worth a visit to the Barrel House to get a taste of the sour beer movement.

Insider tip: The brew pub has over 24 rotating taps of beer, mostly sour. There’s a beer pairing suggestion on the menu for nearly every item.

Hair of the Dog Brewing Company 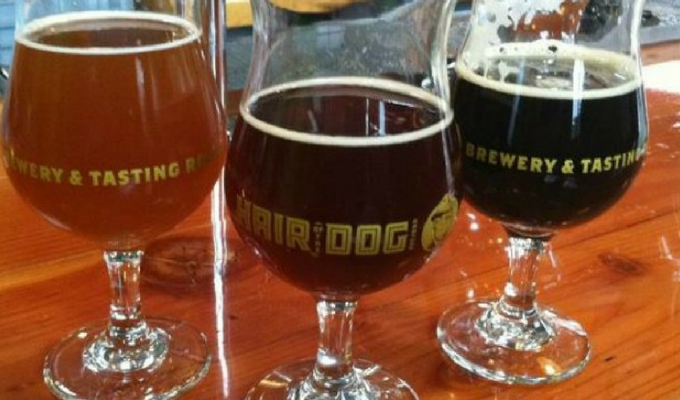 Started by brewer and chef Alan Sprints in 1993, Hair of the Dog Brewing Company has become a Portland favorite known for its unusual beers. The beers are bottle-conditioned in order to improve with age and have a high alcohol content. At the brewery and tasting room, the menu features lots of sandwiches and plenty of beer. Try the brewery’s first beer Adam, which is described as a hearty Old World ale based on a beer style from Germany.

Insider tip: Hair of the Dog beers can be stored at room temperature and will mature in the bottle for years so this would be a great beer to take home! 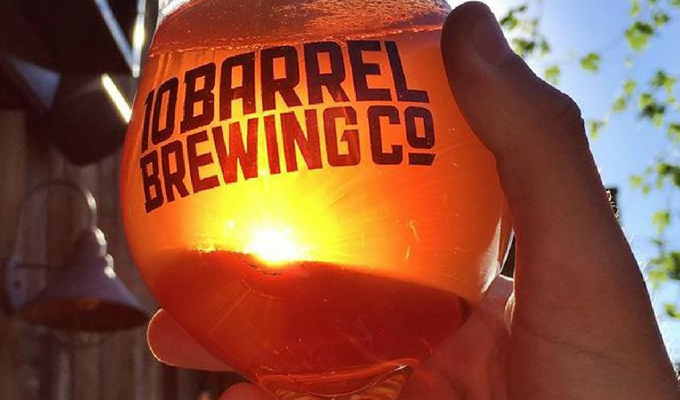 Ten Barrel Brewing Co. was founded in 2006 by friends as Wildfire Brewing and operates breweries in Bend, Portland, Denver and Boise. Purchased by Anheuser-Busch in 2014, Ten Barrel has grown rapidly and become one of Oregon’s most popular beers in only 10 years. Its award-winning Apocalypse IPA, a Northwest-style India Pale Ale, and Cucumber Crush beers have become favorites. 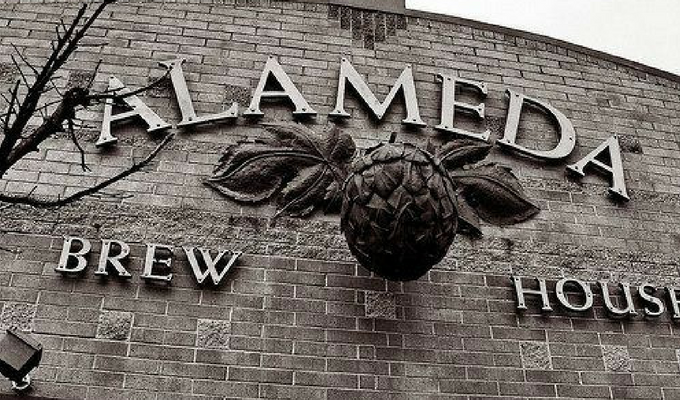 Insider tip: Around the holidays make sure you try out the seasonal Papa Noel’s Olde Ale.