While Napa Valley and Sonoma County (or really any wine region in California) should be high on your list of places to travel to in 2020, we also fully support venturing outside of our state every now and again. However, we realize the world of wine is a vast one, which makes choosing from the long list of destination-worthy global wine regions a rather difficult thing to do.

Luckily, we’ve narrowed it down to the top nine wine regions to visit in 2020. Whether you’re an oenophile hoping to go off-the-beaten-path or an enthusiast looking to experience a familiar region you may have only explored via a bottle at home, let our guide be an inspiration to #travelmore this New Year. 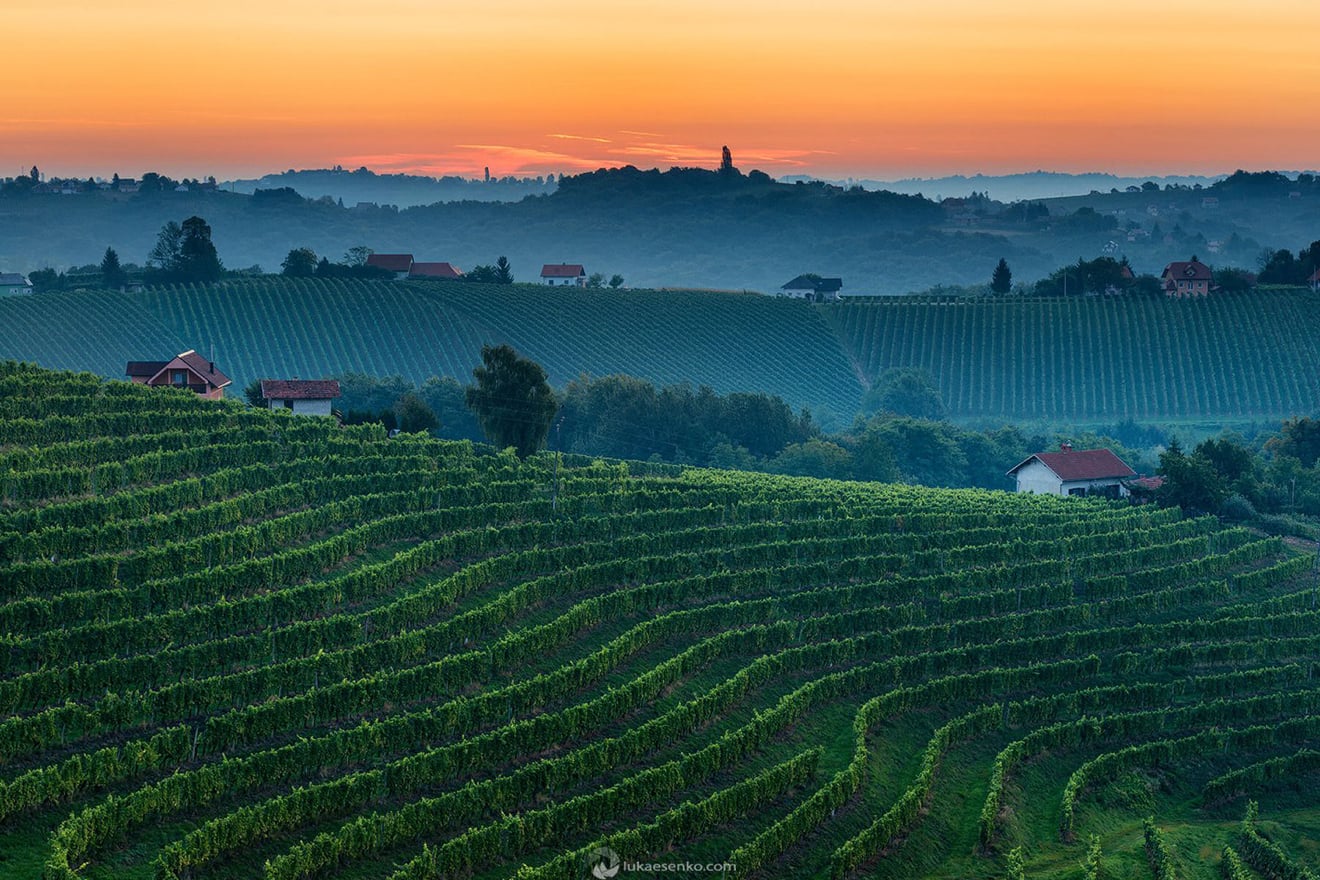 While not as widely known as a wine producing country as its neighbors Italy and Austria, Slovenia actually has a rich winemaking history dating back to before the Romans introduced winemaking to France and Spain. In fact, Slovenia is home to the world’s oldest grape vine, known to have been alive in the 17th century. Though small in size, the country has a diverse range of microclimates and mineral-rich soils that create optimal growing conditions for dozens of grapes — white varieties in particular — from the familiar (sauvignon blanc, merlot, cabernet sauvignon) to the less familiar ones (furmint, refošk, rebula). Add in a rich cultural history and incredibly picturesque scenery, and you’ve got a mostly undiscovered wine region worth venturing to. 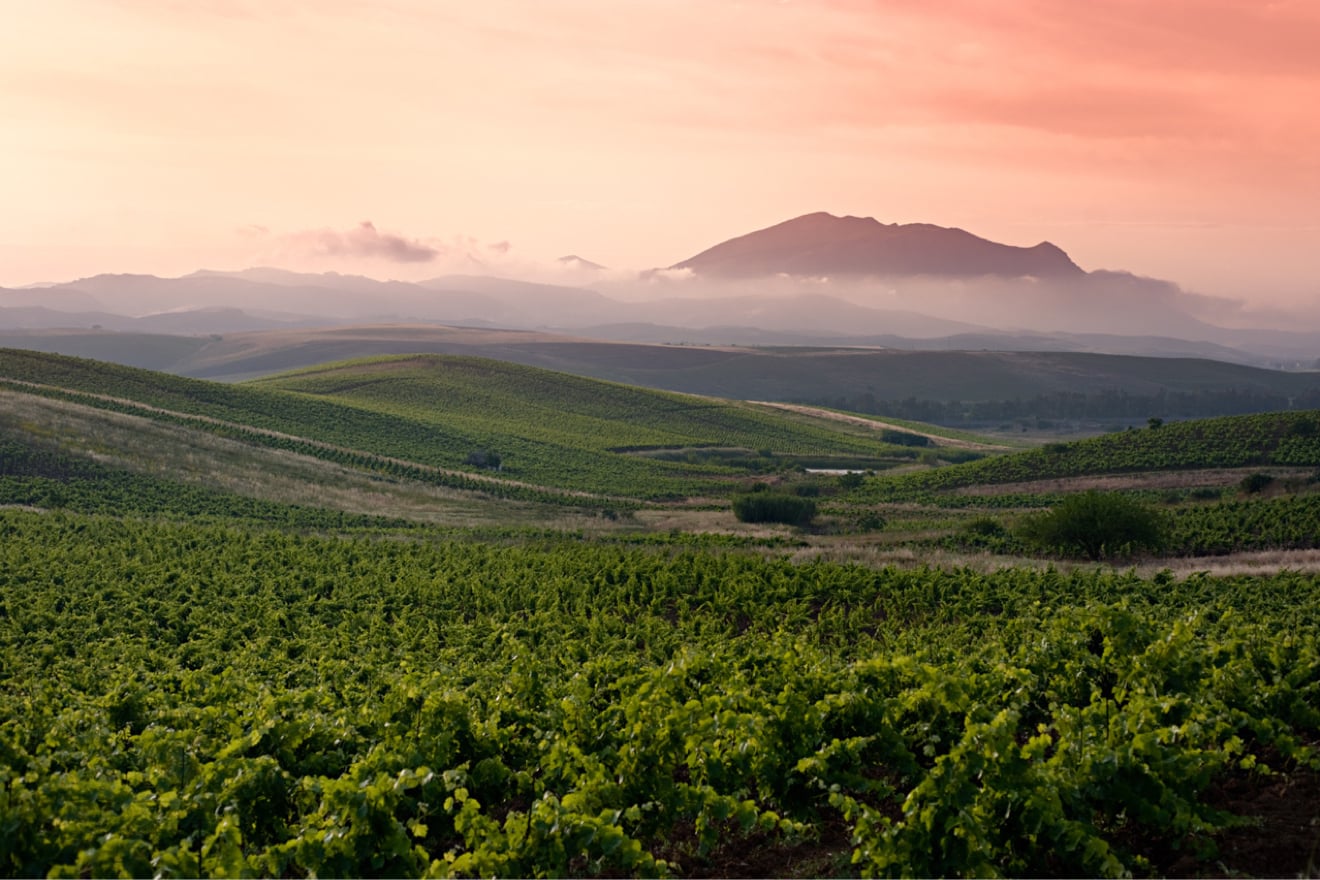 Though Tuscany and Piedmont have been luring wine lovers for decades, don’t discount the dynamic wine region of Sicily, one of the largest islands in the Mediterranean. In terms of volume of wine produced, Sicily is one of the top regions in Italy, but gone are the days when quantity mattered more than quality here. Today’s Sicilian producers are garnering lots of attention for their complex, highly nuanced wines — especially those from the volcanic soils of the Mt. Etna region. In addition to still wines, you’ll also find producers focusing their efforts on artisanal styles of Marsala, the sweet, fortified wine from this region. Come for the sun-drenched days, coastal views, and cannoli, but we can bet you’ll stay for the world-class wine. 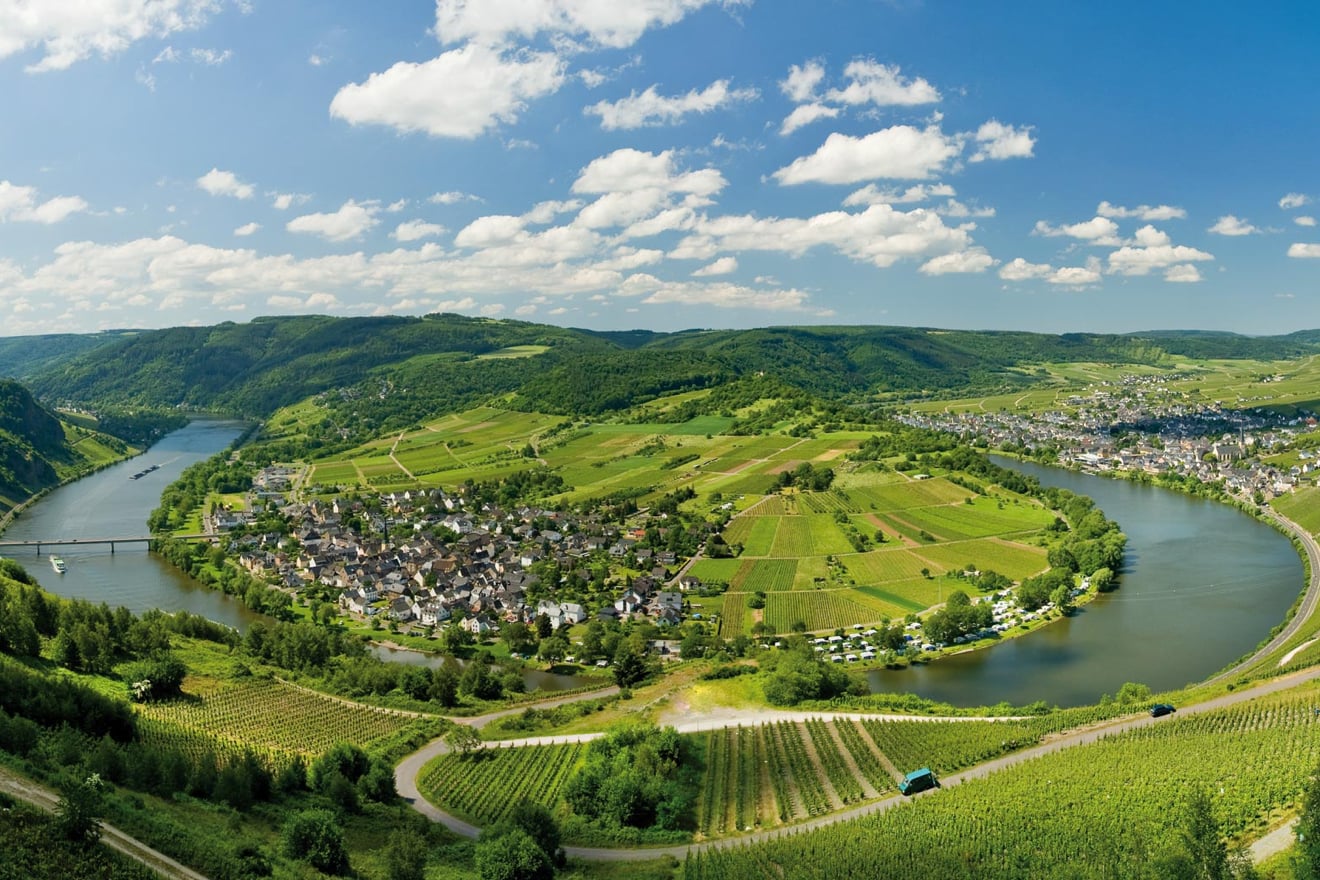 This iconic wine region is a must-visit destination for any riesling fan, where the cold climate, slate soils, and extreme growing conditions are prime for producing a wide range of exquisite rieslings. Situated along the Mosel River, which winds its way back and forth through the stunning landscape, it’s here where vineyards grow on steeply inclined hills all the way down to the river, making for an incredible sight to see. In fact, the vineyards of the Mosel are among the steepest in the world. Even if you’re not into riesling (though after a visit, we think you will be), the Mosel has an increasingly diversifying set of other white and red varieties worth discovering. Plus, it’s super photogenic; besides the picturesque river and vineyard views, you’ll find historic villages showcasing fairytale-like medieval architecture. Wine, views, and historic buildings — what’s not to like about a vacation spent here? 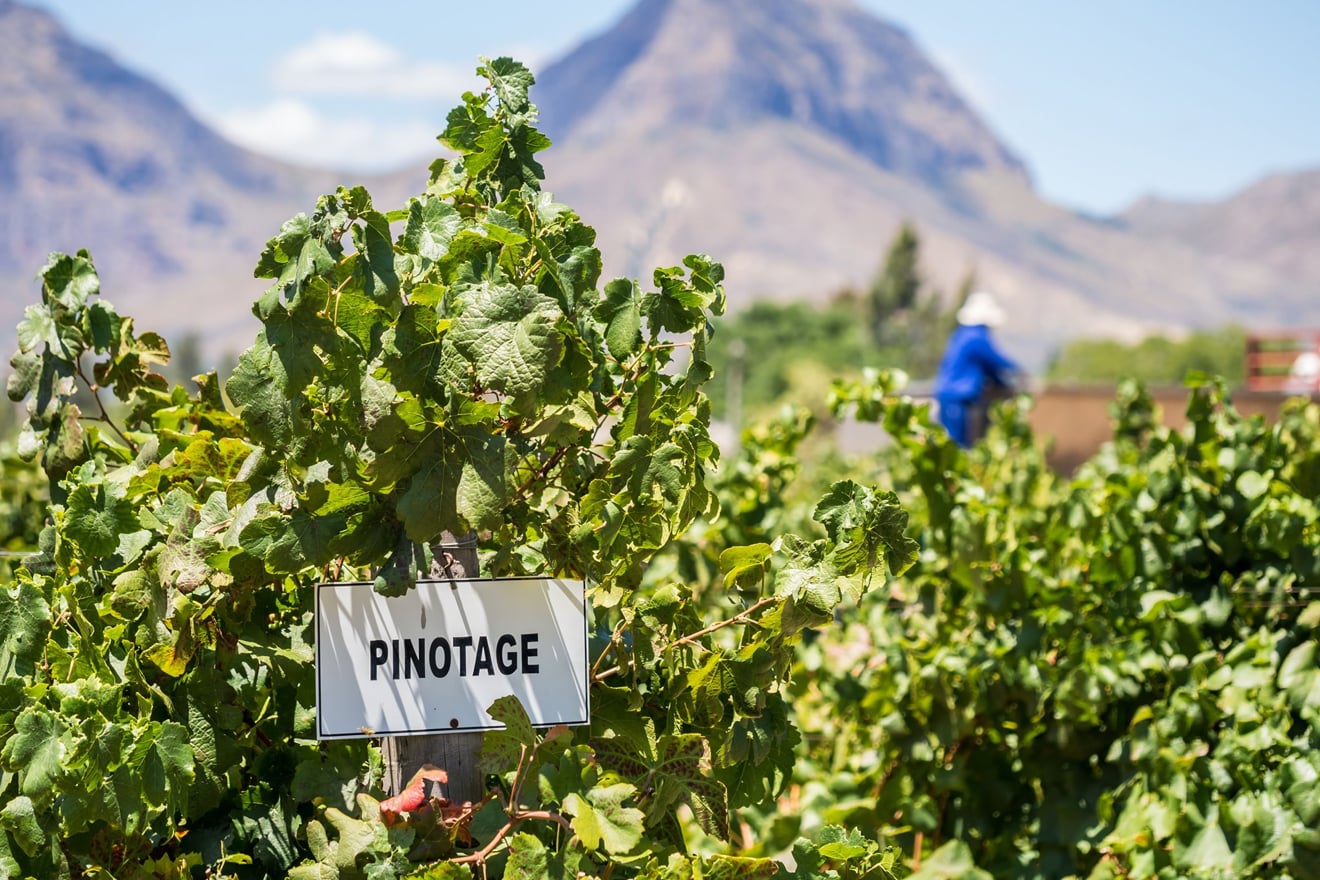 South Africa has a more than 300-year-old history of grape growing, where winemaking traditions strike a balance between old and new. The most well-known area for wine is the Western Cape, home to South Africa’s second oldest town: Stellenbosch. In addition to breathtaking scenery, Stellenbosch displays a diverse set of soils, a Mediterranean climate, and cooling ocean breezes that create idyllic conditions for growing a variety of grapes, including sauvignon blanc, chardonnay, cabernet sauvignon, and — what South Africa has become known for — chenin blanc and pinotage. Thanks to a couple hundred wine estates just outside of town, there’s no shortage of places to taste, and with Stellenbosch’s Cape Dutch architecture, lively café culture, and growing arts scene, we have a feeling you’ll be falling in love with this area in no time. 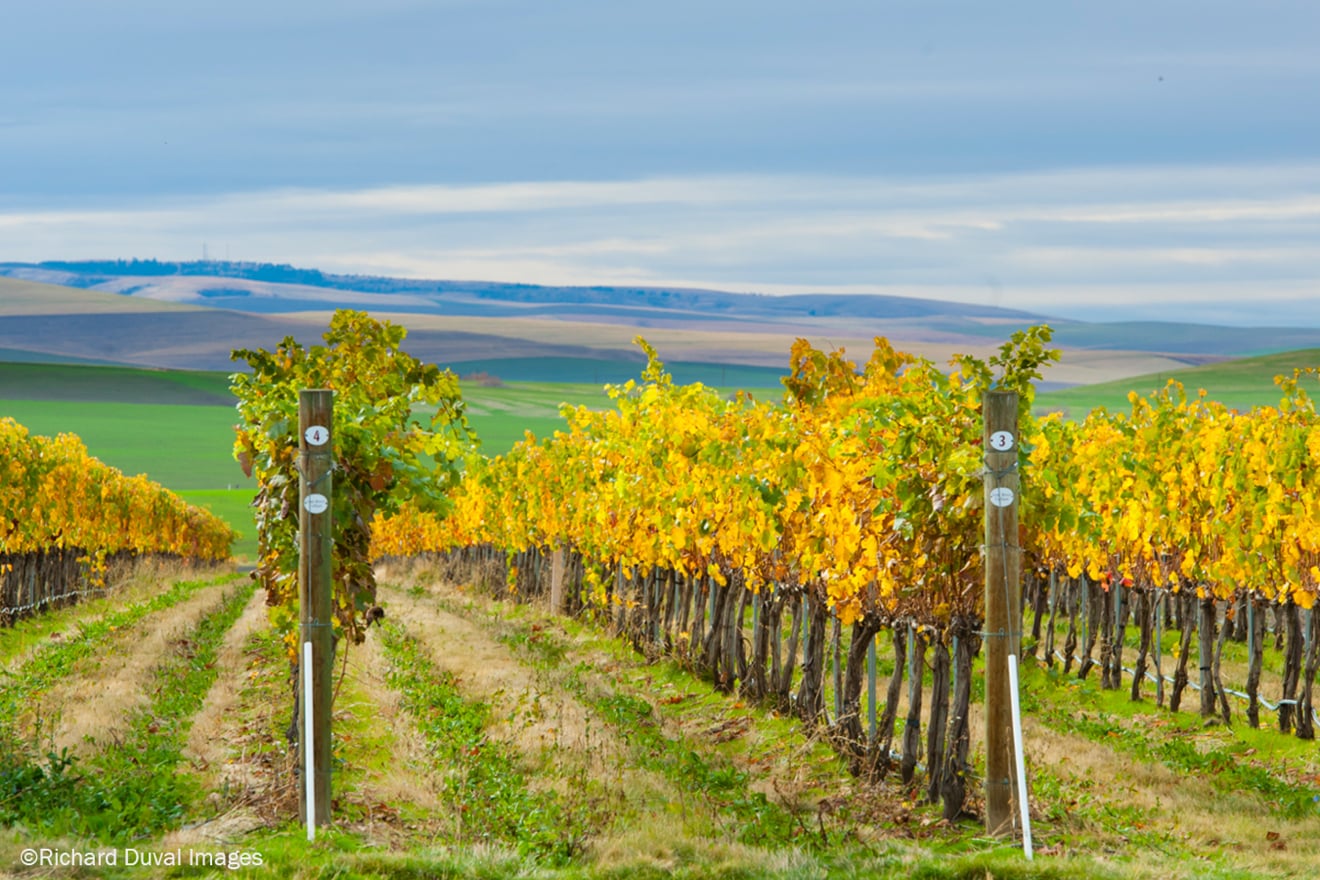 Located in Southeastern Washington near the Oregon border, Walla Walla may seem like just another small town in the middle of nowhere, respectively, but if you look closely you’ll see it’s not so ordinary after all. Dozens of tasting rooms, art galleries, and farm-to-table restaurants fill its historic downtown, while just outside of town are some of the most well-respected vineyards in Washington state. Though the region is dedicated to mostly red varieties, you won’t be disappointed by the quality of these bottlings, including cabernet franc, merlot, and syrah, as well as the welcoming hospitality you can expect from wineries both large and small. 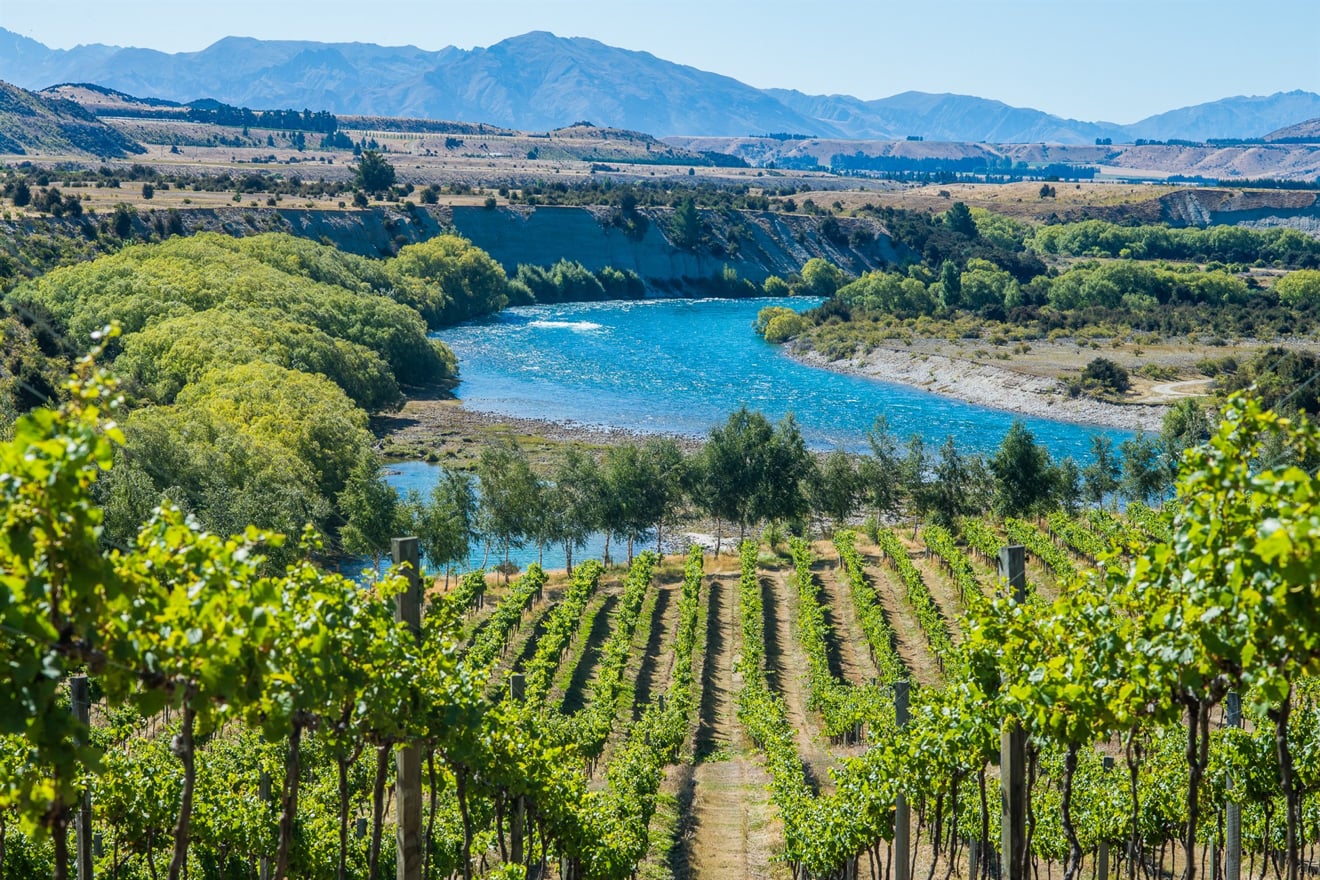 While much of New Zealand is synonymous with sauvignon blanc, the South Island’s Central Otago has made a name for itself as a premier region for pinot noir. Here, visitors will be met by a spectacular landscape, which showcases vineyards surrounded by stunning snow-capped mountains and pristine lakes, as well as a thriving wine tourism industry. Seeing as though it’s the world’s most southerly wine region, you can imagine the climate is ideally suited to growing cool-climate grapes like pinot noir, and other varieties like riesling and chardonnay are also gaining traction. Whether you want to cap off a day of adrenaline-filled activities with a glass of wine in nearby Queenstown, to sip pinot noir by the fire after hitting the slopes, or spend your time biking from winery to winery, Central Otago is paradise for any adventure-loving wino or those who simply prefer their wine with a view. 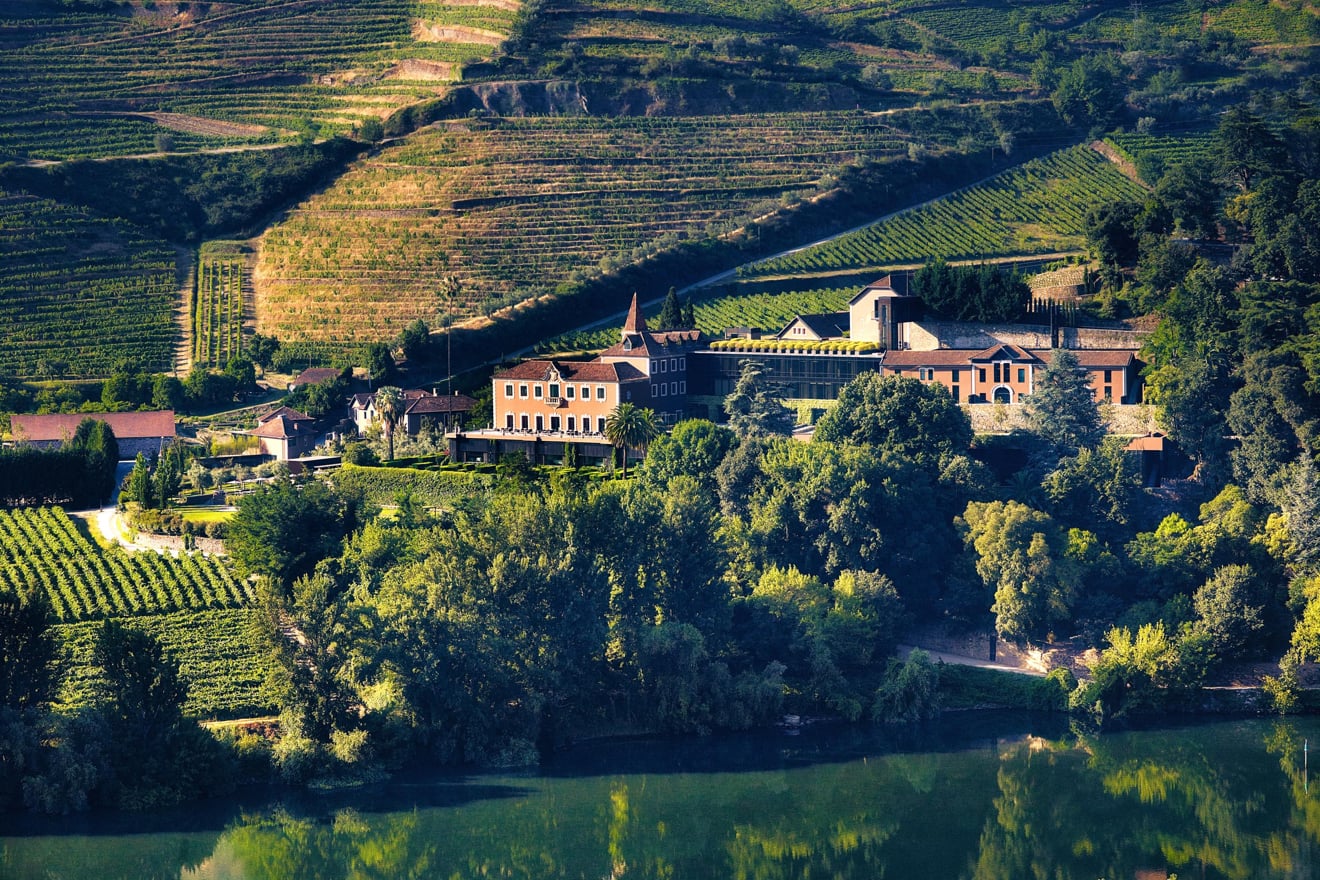 Portugal’s Douro Valley is not only a majestic wine region, it’s one of the oldest in the world. A Unesco World Heritage site since 2001, the valley is marked by terraced vineyards that line the grand Douro River that flows through it. While primarily known for port, a sweet wine that has been produced here for thousands of years, there are plenty of white and red table wines worth discovering that are both affordable and delicious. Stay at one of the small Quintas (wine estates) or opt for a five-star hotel experience along the river, but just be sure to make time to slow down and enjoy the serenity of this awe-inspiring place. 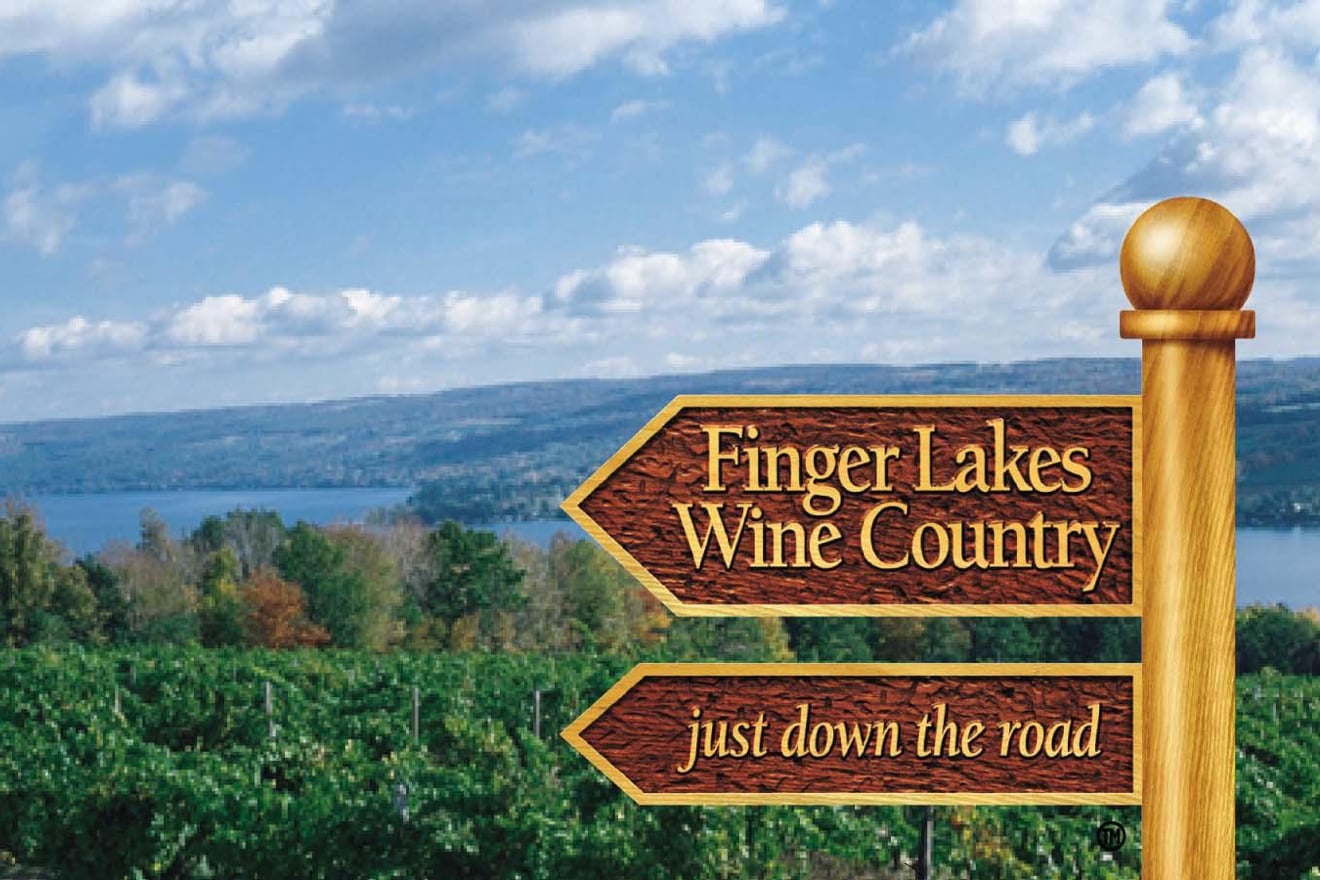 Located five hours from New York City, the Finger Lakes has quickly become the most exciting wine region on the East Coast, and not only for its laser-focused riesling. First established as a wine region after Dr. Konstantin Frank began growing riesling here in the 1960s, the Finger Lakes now draws wine enthusiasts for its riesling, naturally, but also cabernet franc, chardonnay, craft beer, and cider. From intimate wine tasting experiences in converted barns to hip, seasonally-focused restaurants, rugged hiking trails to an ever-expanding craft beverage scene, the Finger Lakes offers an ideal mix of country and city. 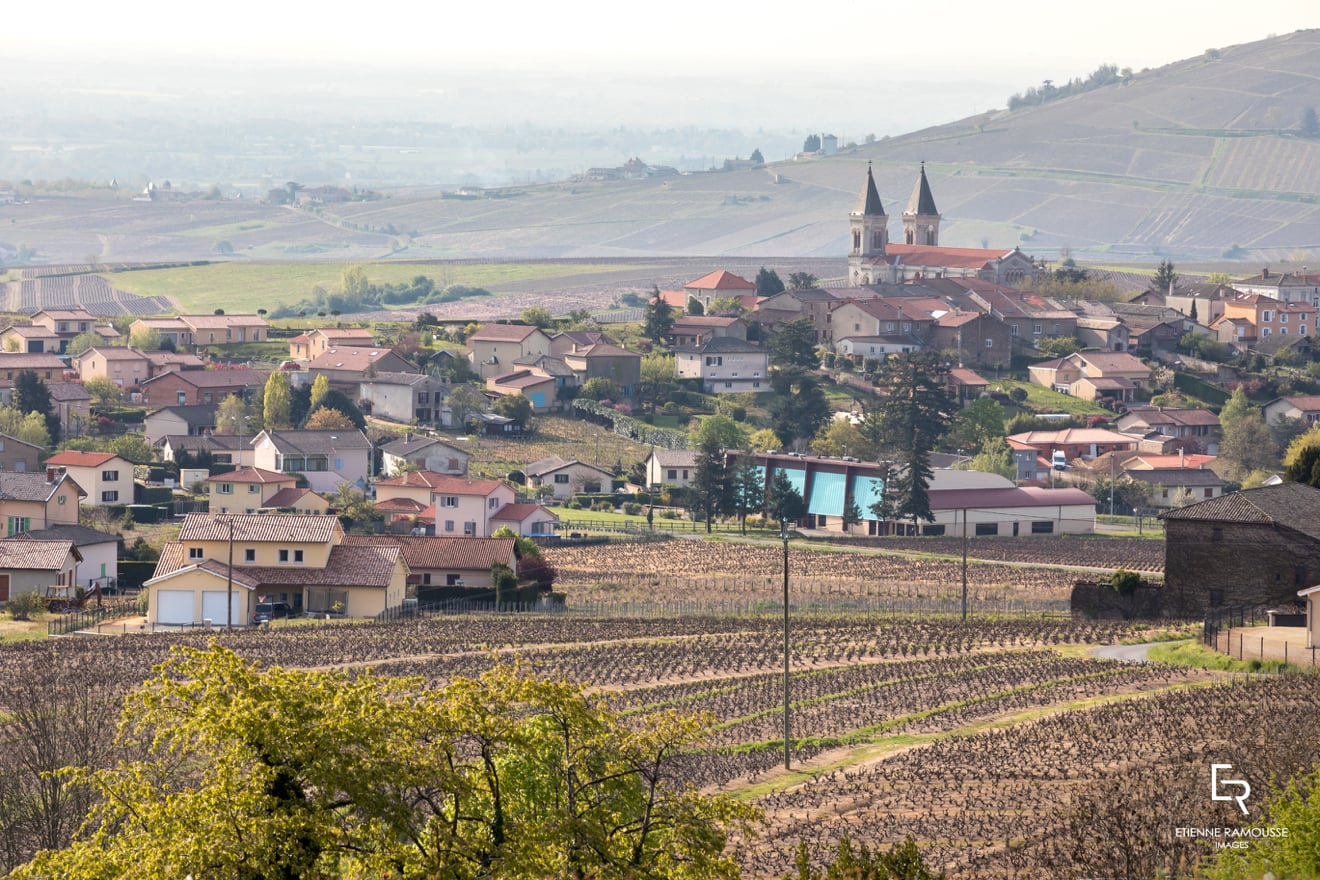 What would a wine region list be if it didn’t include somewhere in France? Major French wine regions like Champagne, Bordeaux, and Burgundy continue to beckon wine lovers to travel from all over the world for a taste of their high-end bottlings, but we think it’s worth putting Beaujolais near the top of your France bucket-list. This beautiful region is not only close to the major city of Lyon, making it super accessible, but it’s filled with small, historic villages around every corner. It’s also THE place to go if you like gamay; the region is dedicated to showcasing gamay in a variety of styles, from powerful and structured to light and fruit-forward — many of which are made using little to no sulphur. Even for the Beaujolais Crus, known as the crème de la crème of Beaujolais, you won’t have to shell out more than $25 – $45 for a quality bottling.

Hana-Lee Sedgwick is a writer and editor based in Santa Barbara, California. A Certified Specialist of Wine and Sommelier, Hana-Lee specializes in all things wine, food, and travel, and her work regularly appears in publications such as The Tasting Panel, Edible, and Food & Home. Whether for work or play, she never tires of exploring California wine country. Follow her on Instagram at @wanderandwine or visit her blog, wanderandwine.com.