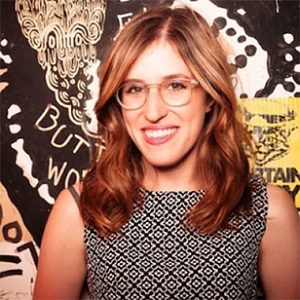 Sunset Center, in partnership with Central Coast Native turned Brooklyn Comedy Producer, Reed Kavner, boldly bring you XYZ Comedy, a next gen series in Studio 105 featuring some of comedy’s finest, fresh young superstars making a name for themselves on the likes of Netflix, Comedy Central, HBO, Showtime, and more. This series presents a rare opportunity to see these standout performers perform live in an intimate setting, in your own backyard. Emmy Blotnick received an Emmy nomination for her political writing on The Late Show with Stephen Colbert, but it’s her charmingly neurotic and decidedly apolitical stories about Wheel of Fortune and Duane “The Rock” Johnson that earned her a spot on Comedy Central’s prestigious “Comics to Watch” showcase. Based in New York, Emmy has appeared on Conan and The Late Show with Stephen Colbert. She was previously the head writer for the Comedy Central series The President Show. Most recently, Emmy released her first half-hour special on Comedy Central and performed a month-long run of her show Party Nights at the Edinburgh Fringe.