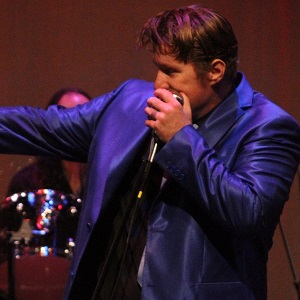 G.I. Blues: The Songs of Elvis Presley performed by Jim Anderson & The Rebels.

Elvis Presley’s Army career began in 1958, and two years later he returned to the U.S. starring in his first film as a military veteran, G.I. Blues. Jim Anderson & The Rebels perform The Elvis Songbook throughout the West Coast to rave reviews and sell-out crowds. From Heartbreak Hotel to Jailhouse Rock, these are the songs that keep the legend living on. Join Jim and the boys for this special Memorial Day tribute to the KING!