Kaki King multi-media: ‘Neck Is A Bridge To Body’ at Firehouse Arts Center 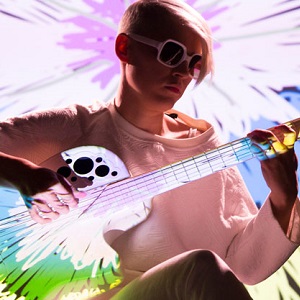 Composer, guitarist, Golden Globe nominated Kaki King performs her ground-breaking multimedia show, deconstructing and redefining the role of solo instrumental artist through virtuoso technique and mind-expanding live projections. Hailed by Rolling Stone as “a genre unto herself,” the musical changeling and insatiable visionary presents a new-concept performance, using projection mapping to “present the guitar as an ontological tabula rasa in a creation myth unlike any other, where luminous visions of genesis and death, textures and skins, are cast onto an Ovation Adamas 1581-KK Kaki King Signature 6-String Acoustic guitar customized specifically for this production.”