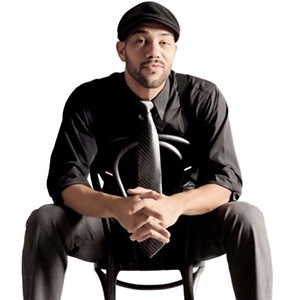 Summer comedy heats up. SF Comedy Competition Champion for 2017, Ellis Rodriguez is hailed as one of the fastest rising young comedy stars on the circuit. Opening for Ellis is Anthony K, the stand-up comic from Modesto, and finalist at the Big Sky Comedy Festival.

Ellis Rodriguez is a favorite at comedy clubs up and down the West Coast, including the Improv, Laugh’s Unlimited, Tommy T’s, PepperBelly’s, and the Laugh Factory. He has also performed in filmed showcases including Shaq’s All Star Jam, Laugh’s On FOX, and Comedy Central & Kevin Hart’s Hart of the City. Known as “a smart and insightful performer,” Ellis’ comedy is appealing to all audiences.