The 90th annual Academy Awards are just around the corner, and what March 4th brings – beyond a packed house of glammed up celebrities at Los Angeles’ Dolby Theater – are nine diverse and celebrated films with a guarantee one will take home the coveted award of this year’s Best Picture. And with many of these nominees up for multiple awards, there will be plenty of reasons to celebrate.

If you plan on tuning in on the big day or are looking for a different kind of movie night at home, we came up with film by film pairing ideas to elevate your viewing experience. No one said cinema snacks need to be dull, so forget the run-of-the-mill and let’s find inspiration in 2018’s Best Picture nominees.

Call Me By Your Name 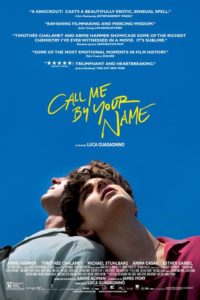 While an Italian villa might be hard to find for your Oscar party backdrop (although, the 13th-century home that hosted Call Me By Your Name is currently available for purchase), find your own young love for a wine pairing with some real spark. Build a mini-charcuterie of fatty prosciutto and almonds to complement Italian prosecco. You may not be summering in 1980s Europe, but this combo has chemistry. If you want to take the relationship further, wrap the salty meat around melon for something really special. 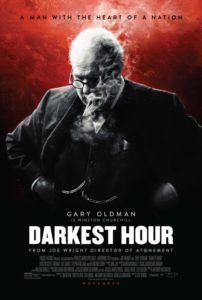 There’s no need to go full-blown Churchill, like Gary Oldham in Darkest Hour, especially if you’re taking in the Oscar-nominated flick at home. But there are a few things that can do up any occasion, and we’re thinking champagne and truffle oil. Not only was Champagne Winston Churchill’s libation of choice – it’s said he consumed over 42,000 bottles in his lifetime – but truffle oil is an excellent topping for movie’s traditional snack, popcorn. The rich and salty combo is a royal complement to a coup or two of your favorite champers. 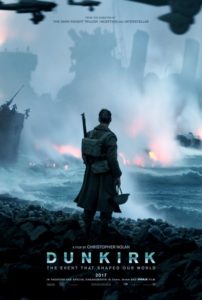 We’re going to be honest with this one. Get your hands on any and all alcohol for this film. Based on the historical and dramatic true story from World War II, from start to finish, the intensity of this film does not stop. And just like those tears that will be flowing, you’re going to need anything to take the edge off. Set yourself up with a delicious spread of French cheeses and dig in for battle. Don’t say we didn’t warn you. 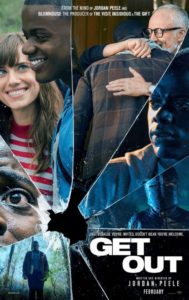 Jordan Peele’s masterpiece is spiked with moments of confusion, disgust, and fear and even a sprinkle of the comedy that you’d expect from the typically wacky comedian. And when it comes to wine and a movie, we’d go with something red for this film. Maybe even something blood red, like sangiovese. The wine is dry and can be quite the chameleon in flavor. Just like the unknowns of meeting your significant other’s family, you never quite know what you’re going to get. Pair it with a steak and definitely make it rare. 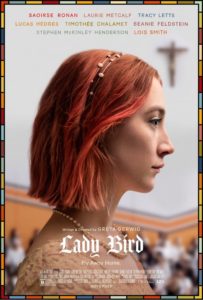 With its famed former-100% rating on Rotten Tomatoes, Lady Bird is the latest in heartwarming coming of age stories that connects so many with the awkward times of high school days past. But if there’s one thing this film truly understands, it’s the competing desires to be different while simultaneously wanting to fit in. So, we say bring on the a dry rosé. It’s sweet pink hue is slightly edgy, but it’s also all the rage with “rosé all day” fans around the world. Pair with crispy fish tacos, and you have an easy match that celebrates California cuisine. 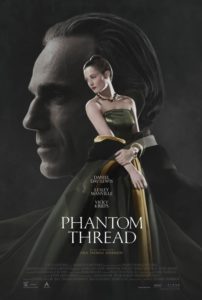 There’s no power play needed with this duo of food and wine, and just like the Phantom Thread, elegance is pinnacle. The film is set in 1950’s London and follows the budding relationship of an established women’s clothing designer and his defiant muse. While there is a lot of focus on what Daniel Day-Lewis’ character consumes for breakfast throughout the film, we suggest pushing the wine drinking to later in the day and sipping a dry sherry alongside a decadent mushroom risotto… 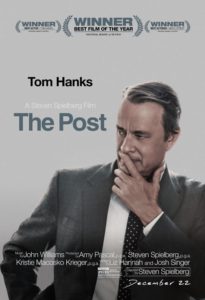 We don’t want to keep this film food and drink pairing classified, as The Post leaked some equally meaty information. Based on the true story of a massive cover up of government intel and the success of the first female publisher of a major American newspaper, the film follows the journey of the Washington Post’s fight for First Amendment rights. While we don’t want to spill any more secrets, we’ve got the scoop that D.C. crab cakes with chardonnay make quite the timeless pair.

The Shape of Water 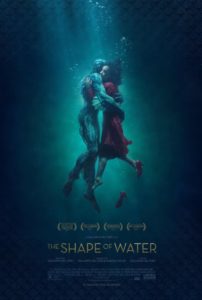 Beyond the visual beauty that you expect from Guillermo del Toro’s films, his latest, The Shape of Water, boasts an unorthodox fairy tale between a mute janitor and monster – well, in some people’s opinions – in Cold War-era Baltimore. With such an odd coupling and a quirkiness that really sets the tone of this best picture nominee from the start, we find an equally odd pairing to be the best fit for soaking it all in. Orange wine, with its slightly sour and nutty flavor, adds movie-watching magic when savored with pork belly and apples. While anything but traditional, this combo is an otherworldly match. 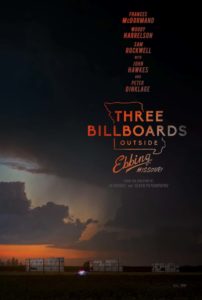 Based in the midwest, this flick is part murder mystery and display of a mother’s fight for justice, and a humorously dark look at small-town antics. While our first intuition is to suggest a cheap, domestic beer, the beverage of choice throughout the film, Three Billboards Outside Ebbing, Missouri, we’ll lend some influence from the region’s most-beloved cuisine. When it comes to Missouri eating, BBQ is king, and why not enjoy a delicious shredded beef sandwich with a refreshing red, like cabernet sauvignon. Might not be what you expect, and that is worth investigating.

— Say Cheers! 5 Unique Toasting Traditions from Around the World —

— How to Pair Wine with Summer BBQ —

Jen Schmitz has been writing and producing creative content since 2014. She has written for VSCO, Lonny, and contributed to countless other outlets in and out of wine country. She is a lover of all things art, culture, and wine, and prefers to “summer” in Napa Valley to taste all it has to offer and to escape foggy San Francisco any time she can. Follow her on Instagram at @jeneschmitz.