When you think of Brazil, wine is probably not something that comes to mind, but the South American country best known for its sandy beaches has been, up until recently, quietly flying under the radar while producing fine wine, and lots of it. So, if you know virtually nothing about Brazilian wine, you’re not alone. That’s why we’ve rounded up the 10 most important things to know about what’s been brewing – er, fermenting – in Brazil.

Up until the 1990s, Brazil operated under a closed economy. Because of this, there was no competition to Brazilian wines; the locals would purchase whatever they could get locally. When things finally opened up and fine wines from places like Argentina and Uruguay entered the country, Brazil’s winemakers were forced to push themselves to make better, competitive wines for their own survival. It’s really just in the last 20 years that Brazil’s wine industry began to emerge.

The Wine is Flowing

Though young, Brazil’s wine industry has been hard at work playing catch up. The country actually accounts for the fifth-largest wine production in the Southern Hemisphere, ahead of the more commonly known New Zealand. Brazil is covered in 79,000 hectares of vineyards (roughly 195,000 acres), there are more than 1,000 wineries – 90 percent of which are small family wineries – and more than 20,000 winemaking families, who produce small amounts of wine for themselves or to sell through collectives. 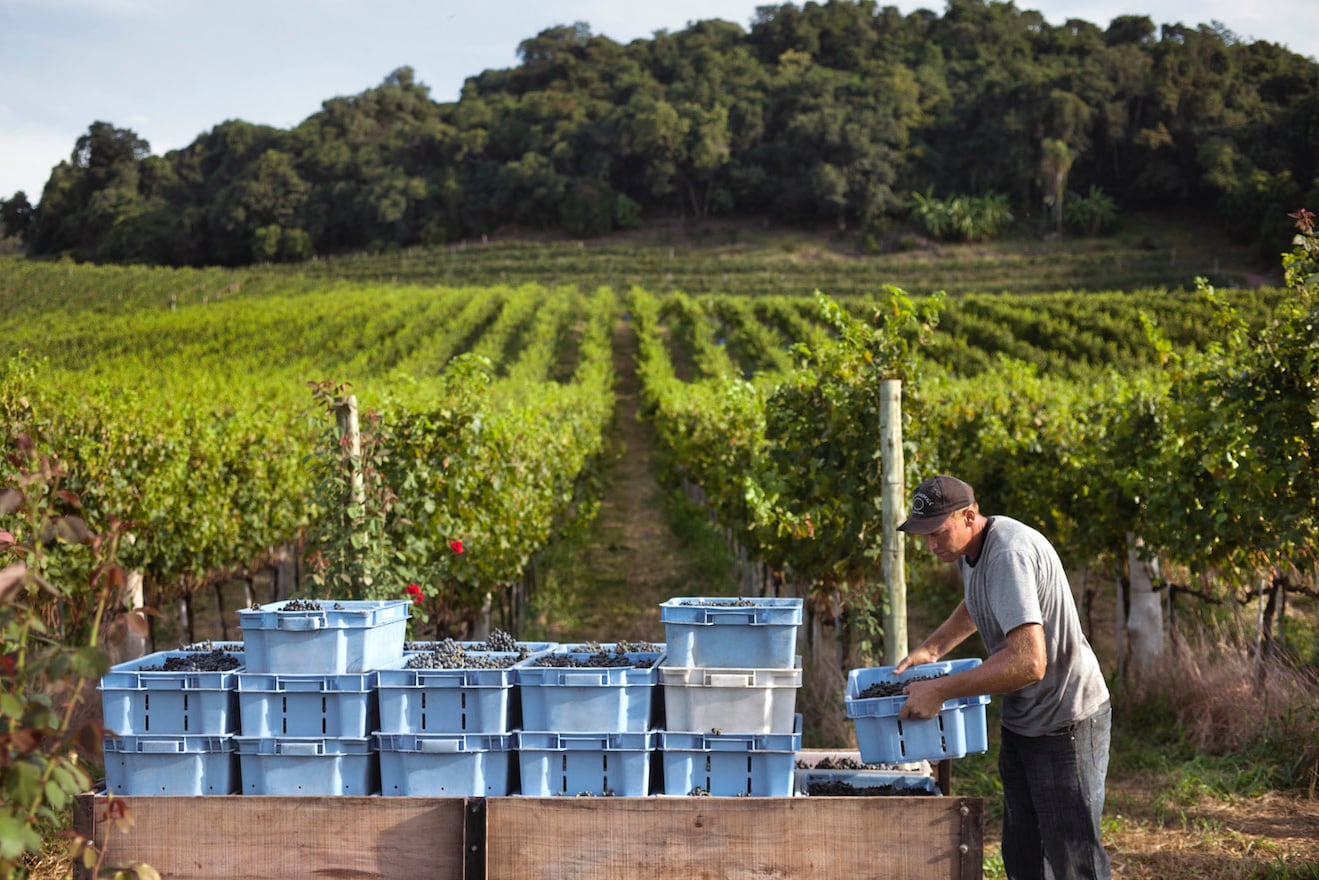 Only A Small Part of Brazil is Making Wine

The country is mostly covered in rainforests, not vineyards, so Brazil’s southernmost state, Rio Grande do Sul, is responsible for 90 percent of Brazilian wine production and is home to five of Brazil’s six major wine regions. Within that, the Serra Gaúcha region is the most important and impactful, containing five sub appellations: Vale dos Vinhedos, Pinto Bandeira, Altos Montes, Farroupilha, and Monte Belo.

It’s Known as the Tuscany of the Southern Hemisphere

Brazil’s Wine Country is largely inhabited by Italian immigrants, who immigrated to Brazil in the 1870s and brought with them vine cuttings from home to make their own wine. Many of the older residents still speak an old Venetian dialect, and the Italian culture has made a big impact on the local culinary scene. You can find some of the best, most authentic Italian food outside of Italy at trattorias like Mama Gema. 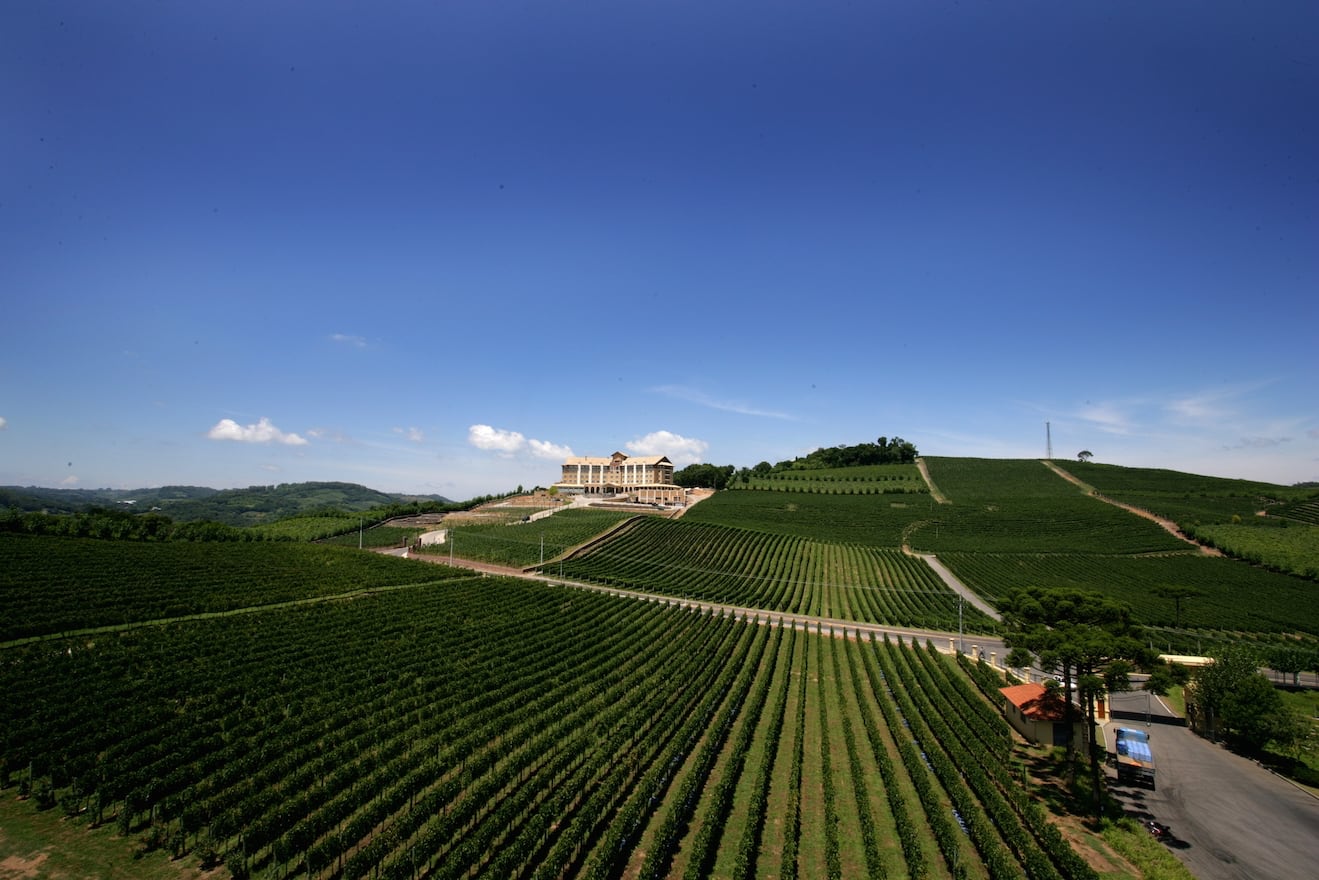 It’s important to Brazilian wine producers that one can essentially taste Brazil in the glass. Therefore, Brazilian wines are generally easy-drinking, light and fresh, fruit-forward, and lower in alcohol than the bold, full-bodied red wines we’re used to finding from California’s wine-producing regions. They’re extremely approachable and can be sipped for any and all occasions, from date night to Carnival!

It makes a lot of sense that a country known for its vibrant, colorful culture would make great bubbly. Recognizing the region’s sparkling potential long ago, Moët & Chandon opened up Chandon Brazil in 1973, and today, the Serra Gaúcha region is being touted as the next sparkling wine destination. Brazilian wine producers use three methods: Traditional (used for Champagne, cava, and high-quality California sparklings), charmat, and muscat. While the country does produce some sweeter sparklings – a favorite of the natives – dry sparkling wines reign. 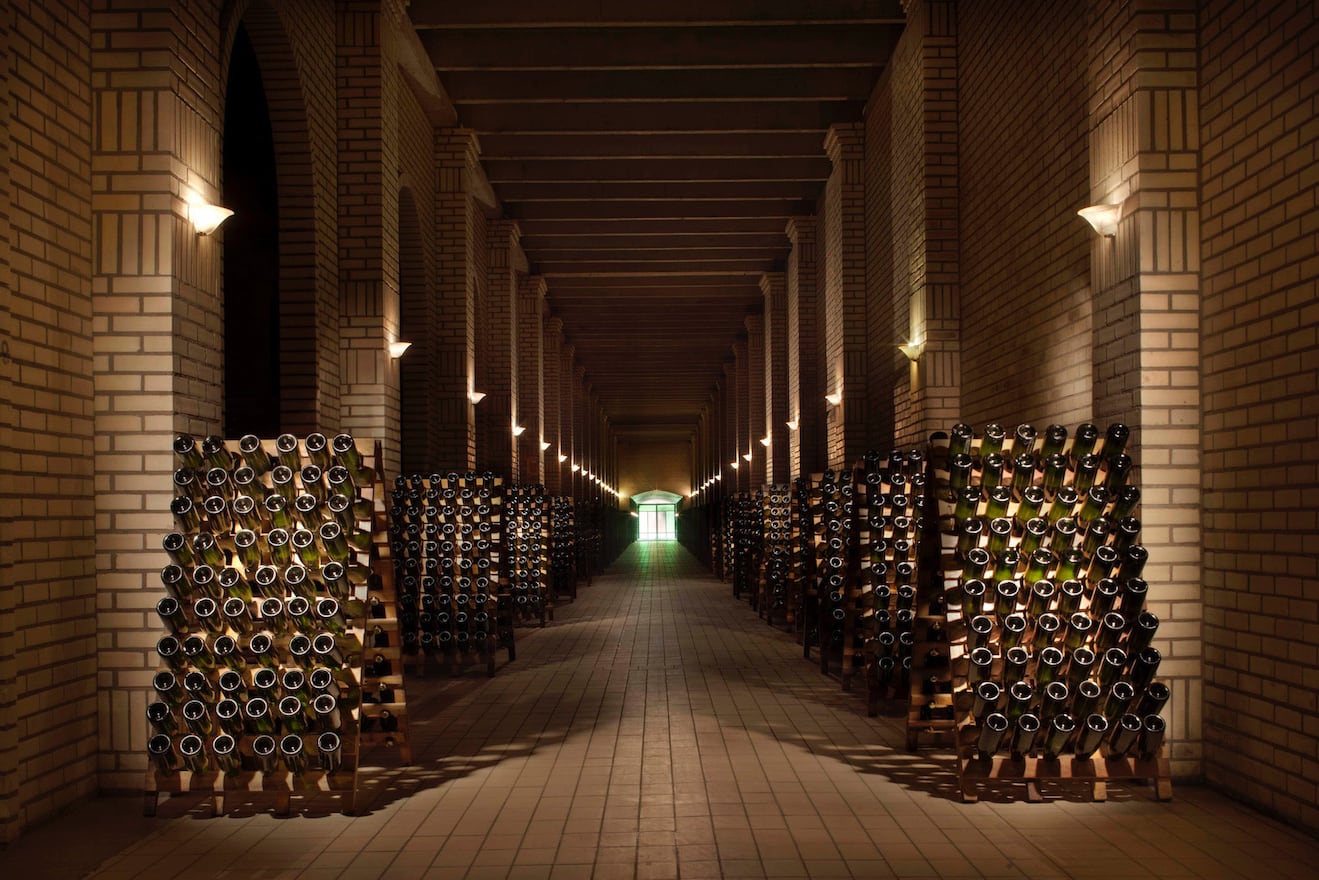 They Make Still Wines Too

Sparkling wine is Brazil’s shining star, but the country actually produces more still wines with an almost even split between red and white (53 percent red wines). Merlot is the country’s most popular still wine varietal. You’ll also find varietals like cabernet sauvignon, chardonnay, Italian riesling, muscat, and cabernet franc, but one of the most fun and unique Brazilian wines to try is tannat, a complex, tannic wine that’s popular in neighboring Uruguay.

Wine is Just Half the Story

While wine regions like Napa Valley and Sonoma run on tourism, Brazil has found another unique way to support the local economy and the high costs associated with making great wine: grape juice. So, fifty percent of Brazil’s harvested grapes are used to make 100 percent organic grape juice. Unlike what you’ll find at the grocery store, this grape juice is not concentrated and contains zero added sugar or water. 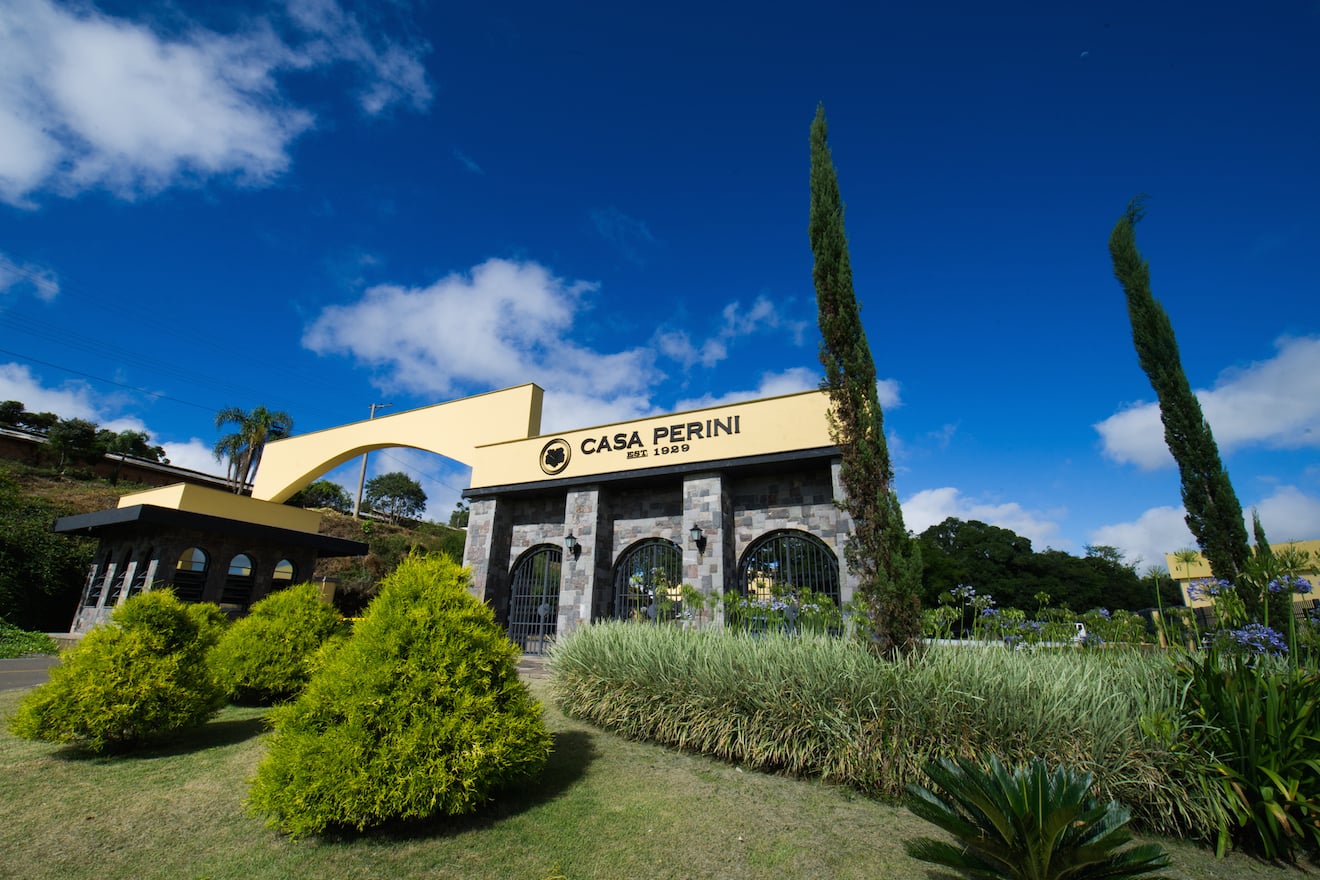 You Can and Should Visit

Your wine travel bucket list most likely contains world-renowned regions like Bordeaux, Champagne, Tuscany, Mendoza, and of course, Napa Valley and Sonoma. But if you prefer the path less traveled, move Brazil’s Serra Gaúcha to the top of your list.

Brazil’s Wine Country sits less than a two-hour drive from the Porto Alegre airport. You’ll want to spend most of your time within the Vale dos Vinhedos appellation, the largest region for wine tourism. It has more than 30 tasting rooms and welcomed 1.5 million visitors in 2017. Book a room at Hotel Villa Michelon, a quaint Wine Country retreat and then go wine tasting at wineries like Casa Valduga, a family-owned tourist hub complete with a restaurant and B&B, Miolo, one of Brazil’s largest fine wine producers, and Lidio Carraro, a boutique family winery that operates under a purist philosophy that prioritizes the vineyards. Lidio Carraro was even chosen as the official wine of both the 2014 World Cup and 2016 Olympics in Brazil. Some of the best sparkling wine can be found in the mountainous Pinto Bandeira region. Cave Geisse operates solely as a sparkling winery and the founder was originally hired to launch Chandon Brazil in the 70s. Don’t miss the ATV vineyard tour that they offer.

You Can Try Brazilian Wines in the United States

The Brazilian wine industry is currently making a big push to export more of their wines to the U.S., but currently, you won’t find them at your local grocery store. If you live in New York or New Jersey, you’ll have the best luck. Wines from producers like Miolo and Casa Valduga are carried in a number of wine shops and restaurants. You can find others on the wine lists at Brazilian steakhouses throughout the country, like Rodizio Grill, Fogo de Chão and Texas de Brazil. 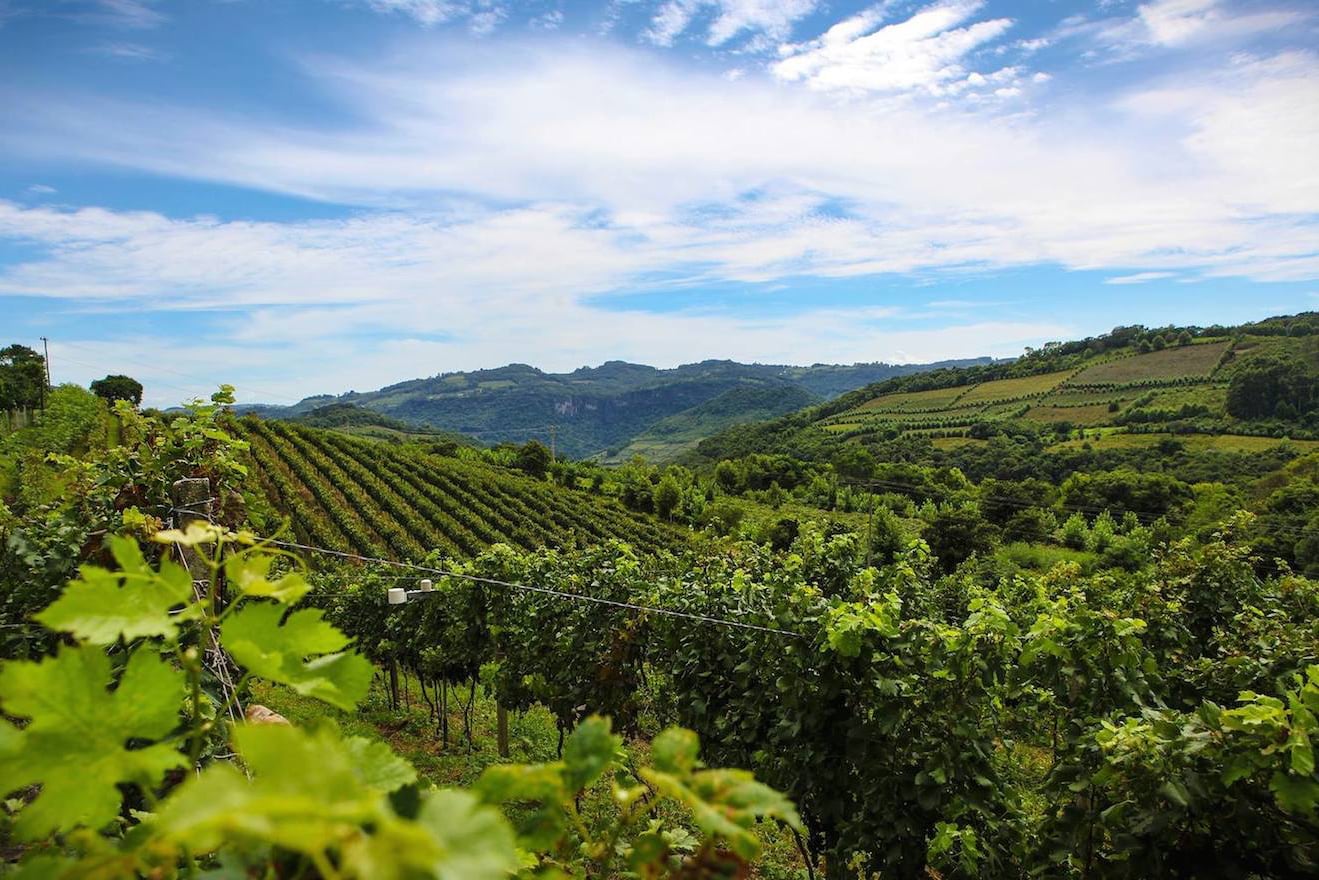 Courtesy of Vale dos Vinhedos from Wines of Brazil

— Cheers! 5 Unique Toasting Traditions from Around the World —