Get to Know These 4 Greek Wine Regions

In ancient times, the Greeks were prominent producers of wine and remain an important part of wine’s history. Despite its heritage, Greece is a bit of a mystery to many wine drinkers, who may be limited by their knowledge of the region, grape varieties, or simply the pronunciation – xinomavro? We understand. However, one visit to Greece, enjoying a magnificent bottle overlooking the Acropolis or sipping wine poured from a carafe at a seaside taverna, and you’ll likely fall in love with its wines. But in case you can’t book a trip just yet, we’re making it easy to understand the wines of this historic country.

Greece has a varied Mediterranean climate and terrain. Vineyards grow on flat land, on terraced volcanic islands, and up mountain slopes, producing white (70% of total production), red, and sweet wine. Prices for Greek wine exports have risen as they become more widely known, but out of 700 wineries in Greece only a few can produce enough to export, so many excellent wines from small-producers go undiscovered outside of Greece. 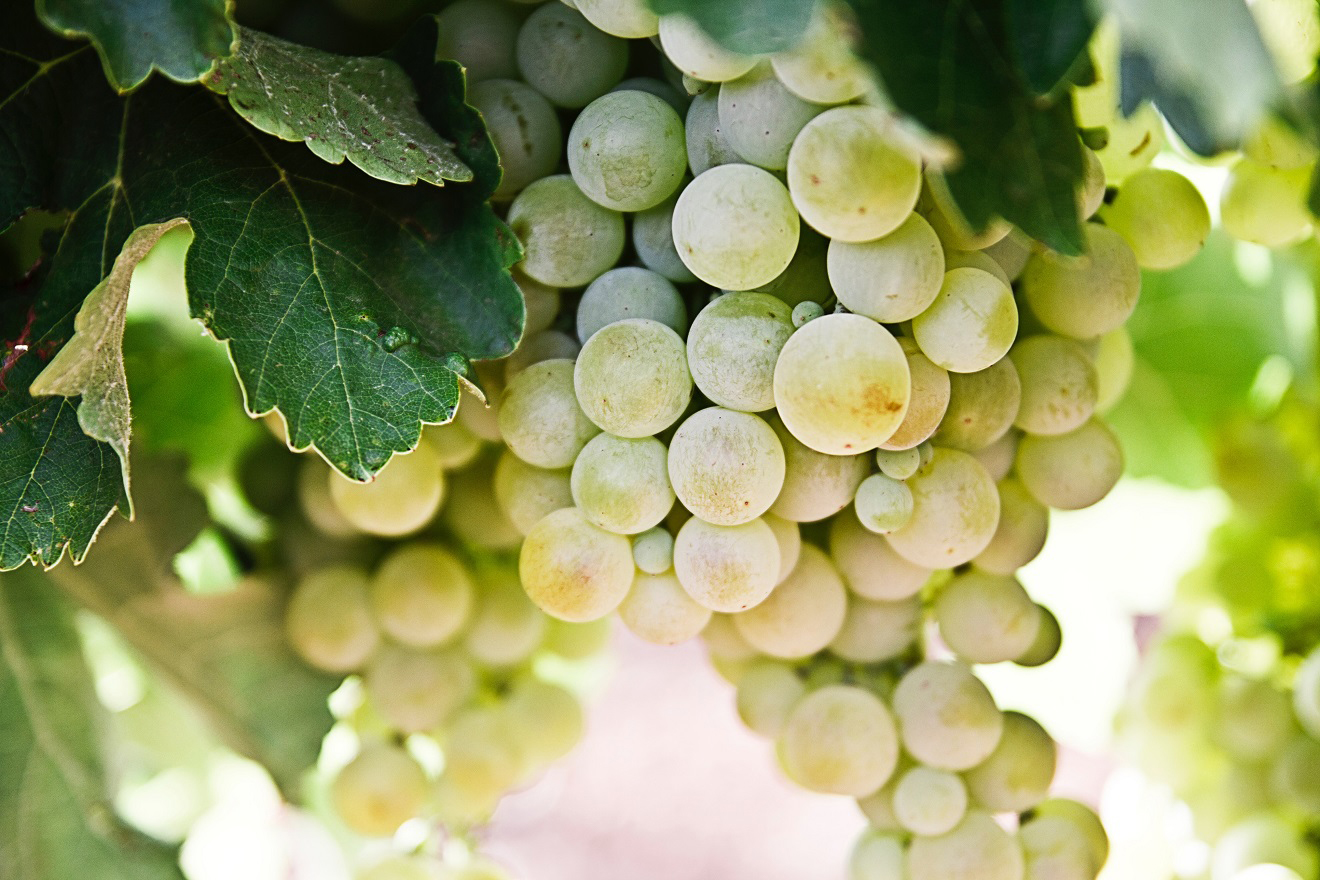 In Greece only 29 wine regions are designated PDO or Protected Designation of Origin. Wine with this designation has to be one of the 300 Greek varietals, indigenous, and historically grown and produced within the boundaries of the region. Cultivation is regulated, and many wines are required to be 100% of a specific grape, or minimum percentages of those grapes in a blend, but all grapes must come from the PDO.

The cool climate Naoussa PDO is in the uplands of Mount Vermion in Western Macedonia. After the 1930’s phylloxera outbreak the area was widely replanted with the resistant xinomavro grape, pronounced K-see-NOH-mah-vro. This ripe, high-density grape is almost red-black in color, producing wine that has powerful tannins and high acidity. Often compared to pinot noir, or nebbiolo, it’s aged in French oak for 12+ months, and has notes of spice, leather, red cherry, and dried tomatoes. 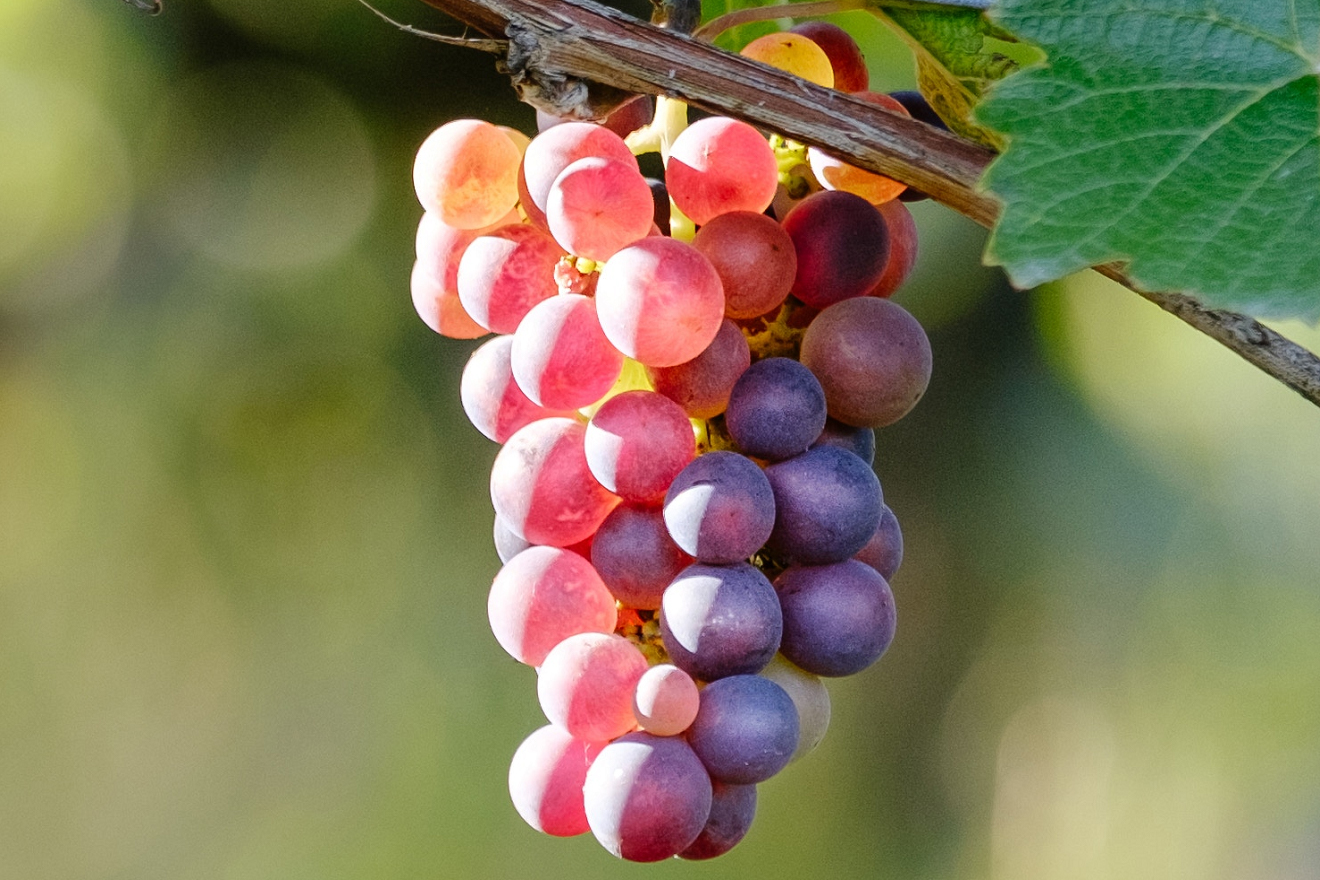 In the middle of mainland Greece are the wine-growing areas of Thessaly, Epirus, and Attica, accounting for 34% of the vineyards and 30% of the winemaking facilities of all of Greece. The predominant white grapes grown here are rhoditis, a pink-skinned grape that maintains its acidity in hot climates, and savatiano, which is drought resistant with low acidity and perfect for blending. In the hilly Anchialos PDO of the Thessaly area these two grapes are blended together for young wines that are dry, light, low in alcohol, and well-balanced, with aromas of grass and citrus.

A visit to the Greek islands wouldn’t be complete without a taste of retsina, a wine made of rhoditis and savatiano infused with pine resin. With its own designation of a Traditional Appellation (TA), it takes on ripe apple, peach, or pear flavors, with a slightly oily texture and lingering pine finish.

The PDO of Rapsani, in mountain vineyards near Mt. Olympus, are owned by 12 monasteries and leased to a wine company. Three red grape varieties, in equal parts, must be part of the co-vinification to be designated Rapasani PDO: xinomavro, stavroto, and krassato. The wine is cask-aged, aromatic, and structured, with rounded tannins, black fruit, pepper, oregano, and a slightly sweet finish.

South to the Peloponnese: Elegant Companion and Sweet Young Thing 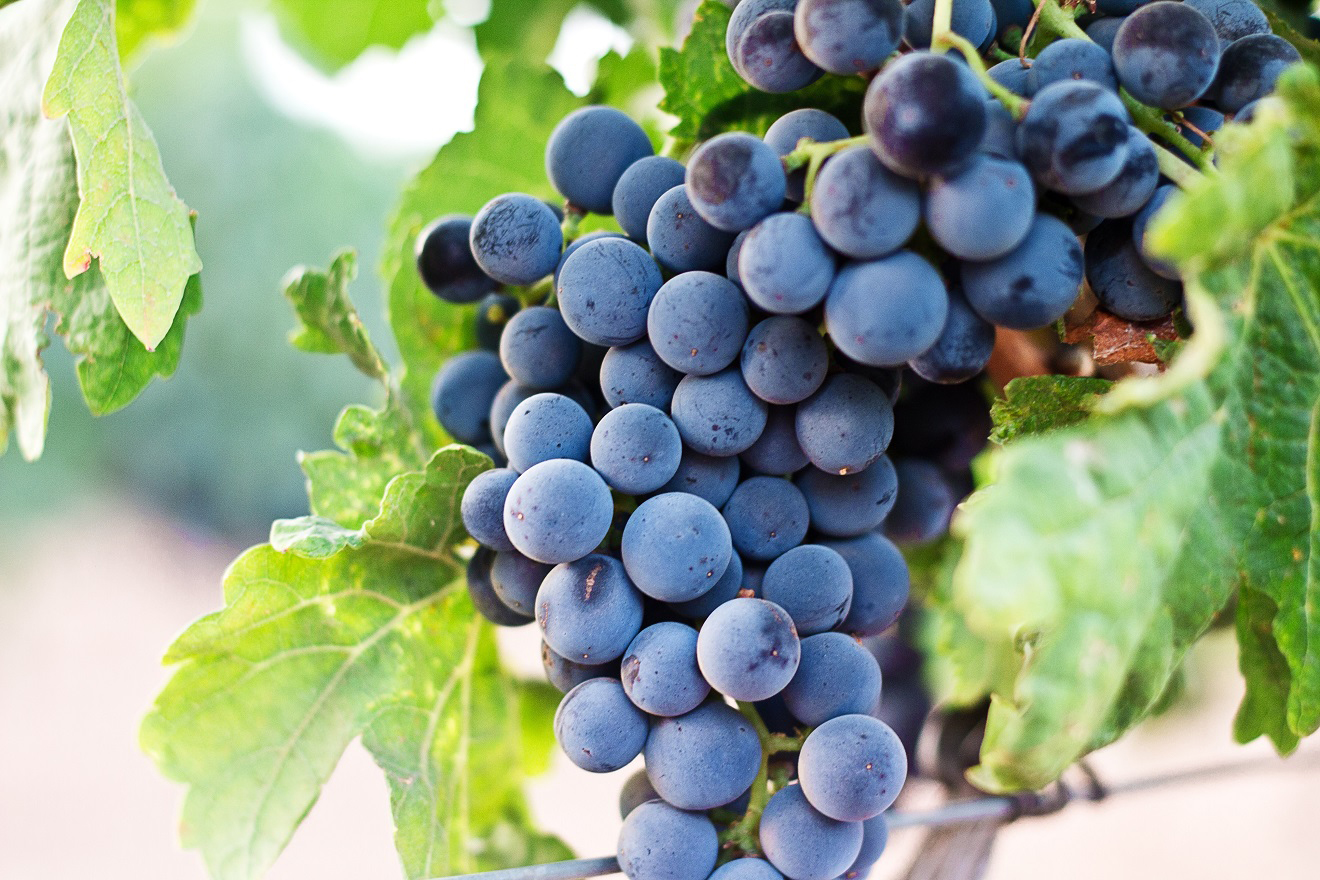 Nemea, the most important winemaking area of the Peloponnese, is synonymous with the agiorgitiko (ah-yor-Yee-te-ko) red grape. Grown from sea level to the mountains, the highest altitudes produce a higher acidity, superior wine, but it can only be designated Nemea PDO if it is 100% agiorgitiko. Oak barrel-aged, Nemea PDO dry reds are top quality wines. Expect a wine of medium body that is deep red in color, with balanced red fruit aromas, sweet spices, fig, and cocoa, medium acidity, and soft tannins. It’s known to develop complex flavors when cellared.

Moschofilero (mos-coh-FEE-ler-oh), a pink-skinned grape that grows in the high plateaus of the Peloponnese region of Mantinia PDO, makes a dry, bold, crisp white wine. It can have intense floral notes of orange blossom and rose to exotic spices like frankincense. These often overlooked wines are worth seeking out, but best consumed within the first year of release.

Santorini: Refined Basket Case and Beauty of a Certain Age 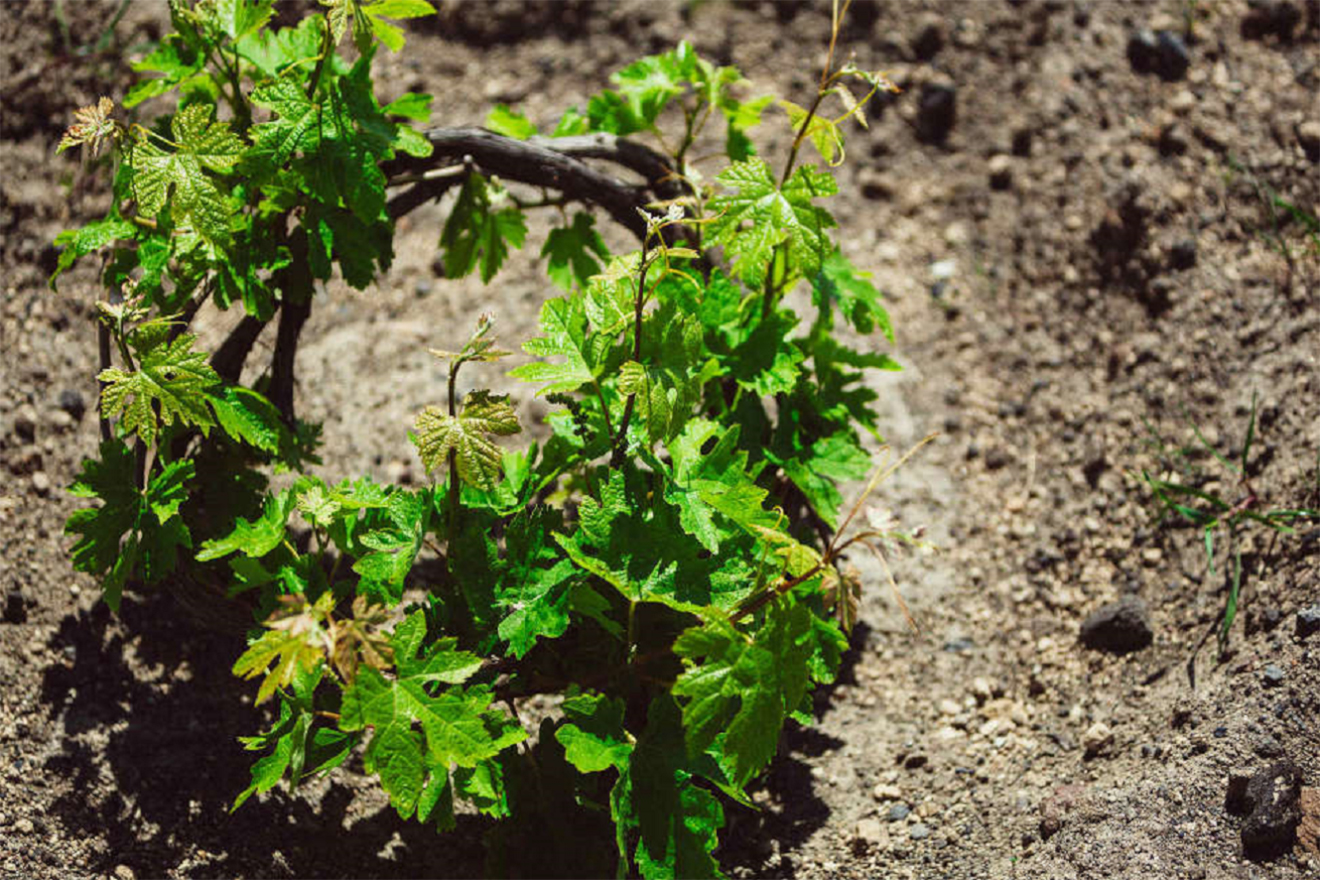 Santorini PDO, in the Cyclades Islands, has volcanic soils of slate, pumice, ash, and lava, over chalk and limestone. Vines here are pruned into basket shapes on the ground called kouloura, which protect the grapes from the sun and strong winds. Cooled by sea breezes, grapes grow with virtually no water, producing low yields and flavorful grapes.

The native assyrtiko (ah-seer-TEE-ko) grape has the potential to be a spectacular white wine, with bold acidity, bright citrus flavors, and a steely minerality. It’s no surprise this is one of the top wines of Greece. This dry white is sometimes made with 100% assyrtiko (75% is required), with adiani white and anthiri grapes added. That minimum also applies to nykteri (the name means ‘working all night’), which was traditionally harvested at night to keep the mature grape sugars more stable. Barrel-aged at least three months, nykteri has high alcohol (13.5 % ABV), and is a deep gold color with a nose of jasmine and pear.

Vinsanto Santorini PDO grapes are sun-dried to raise sugar concentration for this sweet dessert wine. A minimum of 51% assyrtiko, and aidani white, with small additions of other grapes allowed, vinsanto must be barrel-aged 24 months. If aged further, the next aging would be four years, then eight, and so on in multiples of four. Lush and perfumed, this golden, honey-flavored wine is perfect as the denouement to your Greek wine love affair… or after dinner.

A Bit of History 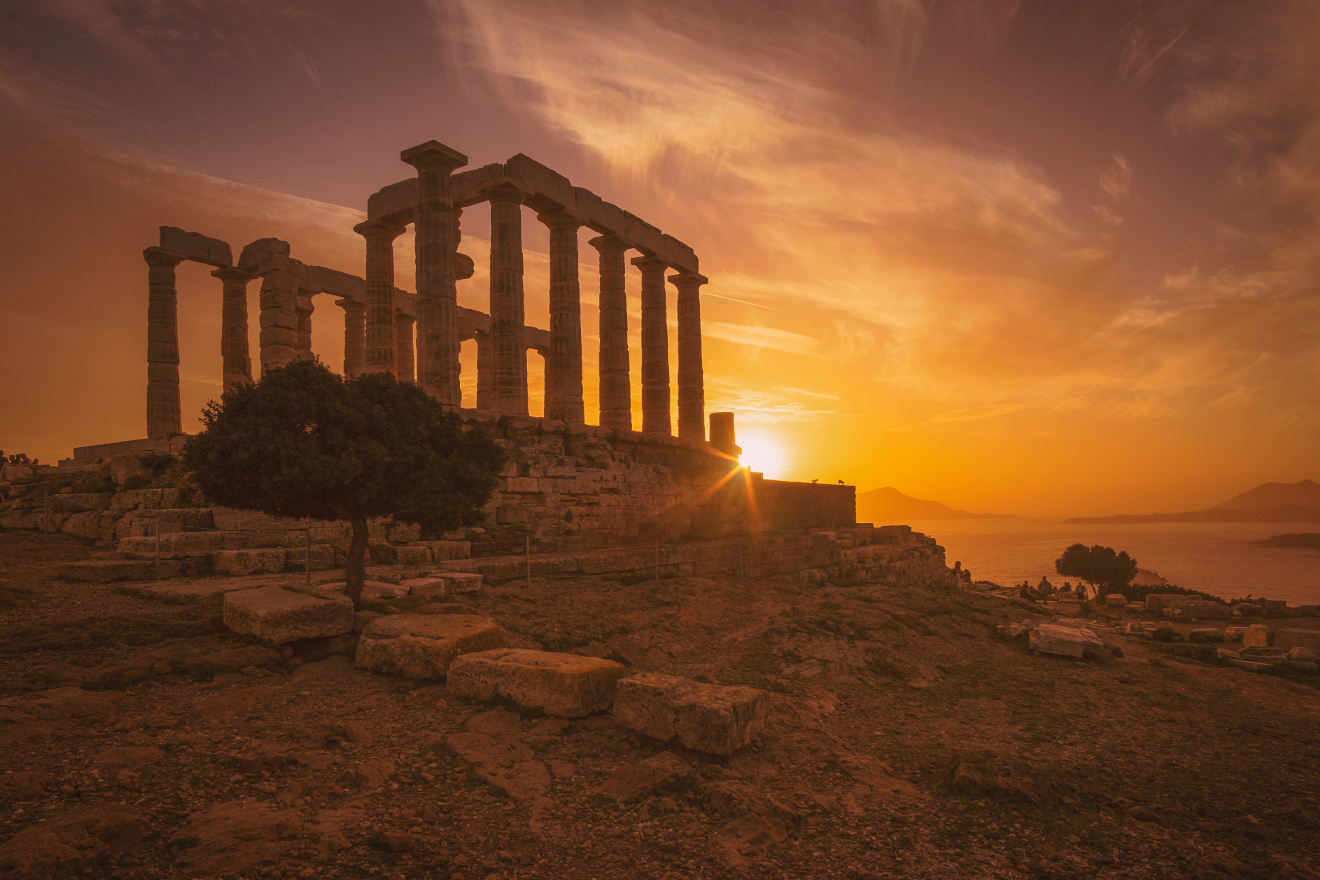 The ancient Greeks cultivated wild grapes and made wine, and were among the first to do so. Homer mentions sweet wine in The Odyssey, Hippocrates recommended it for health, and medicinal therapies of the time included wine. Ancient Greek mythology includes Dionysus the god of wine, but archaeological wine evidence officially dates to 4500 B.C. in Greek Macedonia. Wine was sacrificed to the gods, was an essential part of political discussions called symposium, and was sold or traded in clay amphorae at the Agora. Simply put, wine was an important part of Greek life.

In the 15th century, the Ottoman Empire colonized Greece so vineyards were abandoned to avoid taxes. By 1827, Greece endured a failed republic, a foreign monarchy, and the WWII occupation by Italy and Germany. With a history of upheaval, it’s remarkable that Greek wine culture survived. In 1937, the Vine Institute of Athens was formed to rebuild the wine-producing foundation of the Greek wine industry, and since then, wineries have continued to grow and succeed.

While understanding Greek wine and its storied past means studying it in great depth or booking a plane ticket to visit in person, there’s much to love about this diverse wine region that’s worth exploring, starting with a glass of Greek wine enjoyed from the comforts of your own home.

– 10 Luxurious Wine Country Resorts To Escape To This Winter –

Michelle M. Winner is a world-traveler who prefers to explore countries that make wine. She believes that if there is great wine, there is also great food, and a beautiful destination. Writing food, wine, and travel from her aerie near Mt. Hood, Oregon, she shares her discoveries with our Wine Country readers. Join her on Instagram and Twitter via @culinarytravel.