All About Ice Wine (And Five Wines to Look For)

Courtesy of Wines of British Columbia

Although there are many ways to make sweet wines, none is more extreme than ice wine. From harvest to vinification, ice wine — which is made in extremely cold climates and from grapes which froze on the vine — challenges winemakers’ skills (not to mention their fingertips and other extremities). But with one sip, it’s easy to understand why people go to such lengths to produce this beautiful, delicious wine.

Unlike sweet wines that rely on the noble rot botrytis, wines requiring fortification, or even passito-style wines (which raisinates grapes to concentrate sugars), ice wine depends on cold winters for its style. Considered a type of late-harvest wine, grapes remain on the vine long after the temperatures dip and grape harvest for dry wines is over. The grapes’ musts freeze and sugars concentrate. From there, frozen grapes are harvested and brought into the winery still frozen, then it’s a slow, careful extraction to remove the tiny bit of sweet juice that remains. Although a few wineries might choose cryoextraction as a way to freeze their grapes, true ice wine comes from fresh grapes which freeze on the vine. Because of the high sugar levels, fermentation can take a very long time—even months.

Due to Mother Nature’s major role in ice wine production, most ice wines are produced in cold-weather regions. Germany has a long history with the style (called eiswein); it’s believed the first examples came from Franconia, Germany during the late 1700s. After German immigrants brought their winemaking techniques to the new world, wineries in North America became epicenters for quality ice wine production. Notably, the Canadian region of Niagara Peninsula within VQA Ontario, and to a lesser extent, Okanagan Valley within British Columbia VQA, are looked at as leaders of ice winemaking. In fact, the Canadian Vintners Association trademarked the word “Icewine” (as opposed to “ice wine”). New York’s Finger Lakes and Michigan also produce delicious bottlings. However, it’s possible to find these frozen grape wines all over the world, including Japan. 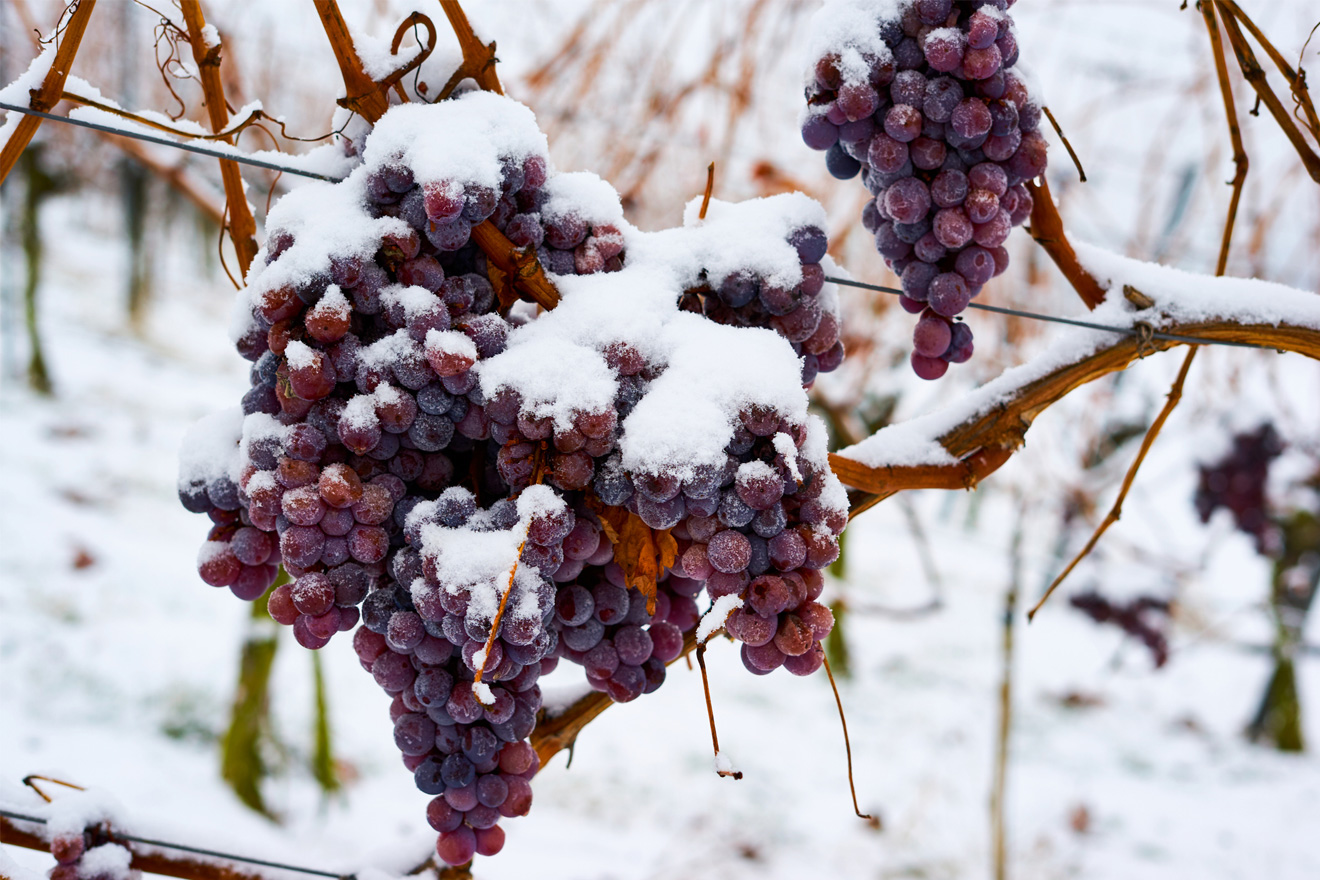 Courtesy of The Drinks Business

Both red and white grapes are used for ice wine. Riesling is a traditional favorite, given the wine’s German history. In Canada and the northeastern part of the U.S., vidal blanc has come into vogue as a variety that produces exceptional ice wines. Gewürztraminer, chenin blanc, and gruner veltliner also take well to this extreme winemaking. When it comes to red ice wine, cabernet franc is commonly used (especially in Canada), most likely because it’s one of the few red grapes cultivated in these cooler regions.

Like most cold-climate wines, the grapes retain a great acidity due to slower ripening, which makes ice wine really stand out from other dessert wines. White wine grapes often give more tropical fruit notes, like pineapple and mango, while red grapes offer sweet berry flavors. Desserts may be the obvious food pairings, but ice wines also work incredibly well with strong cheeses like Roquefort and aged cheddar, as well as spicy cuisines, from Creole and Cajun to Thai and Asian foods. Try it this holiday season with salty nuts or an antipasti platter before dinner, or round out your meal by serving it with baked or poached fruit, cobblers, or crème brûlée. 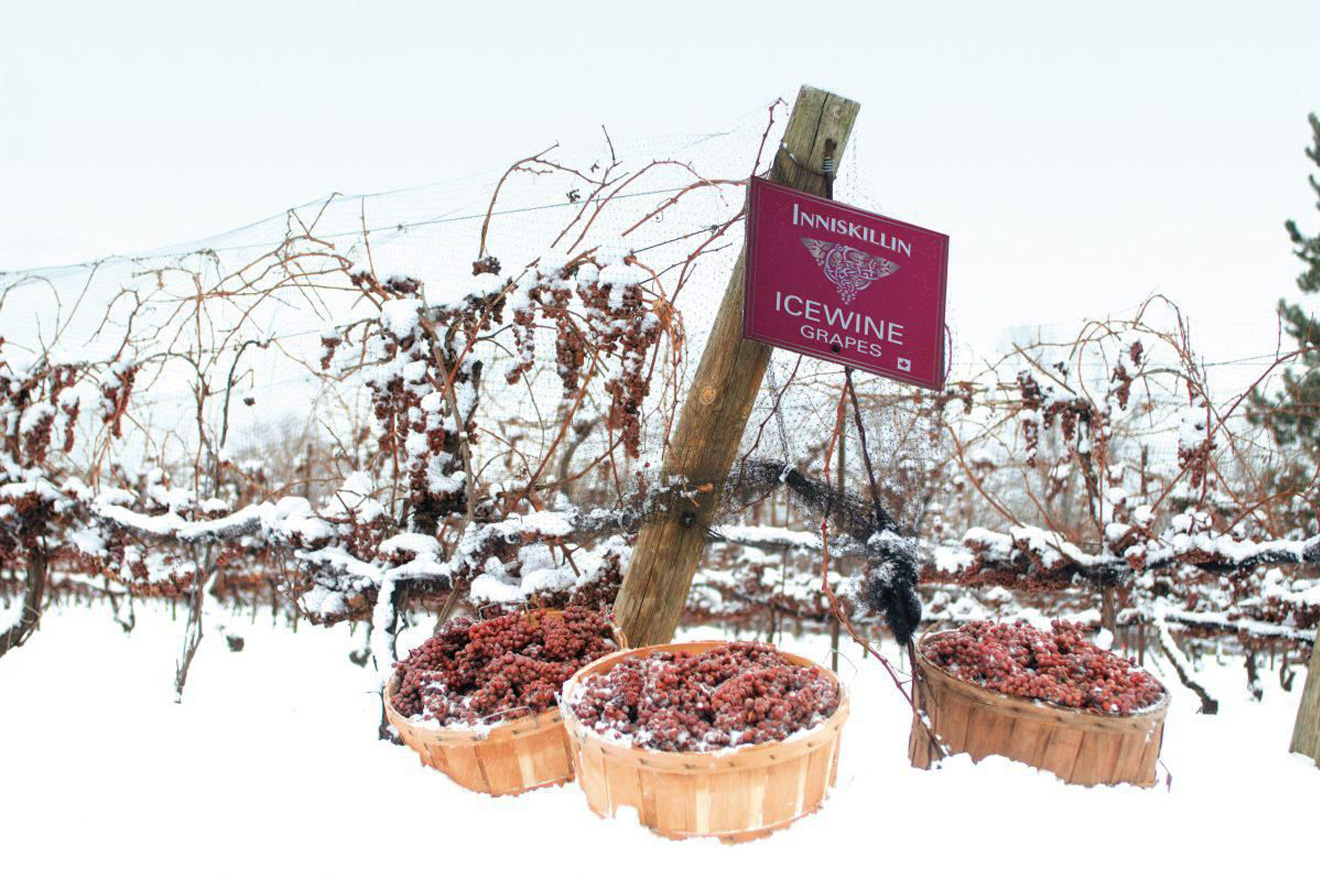 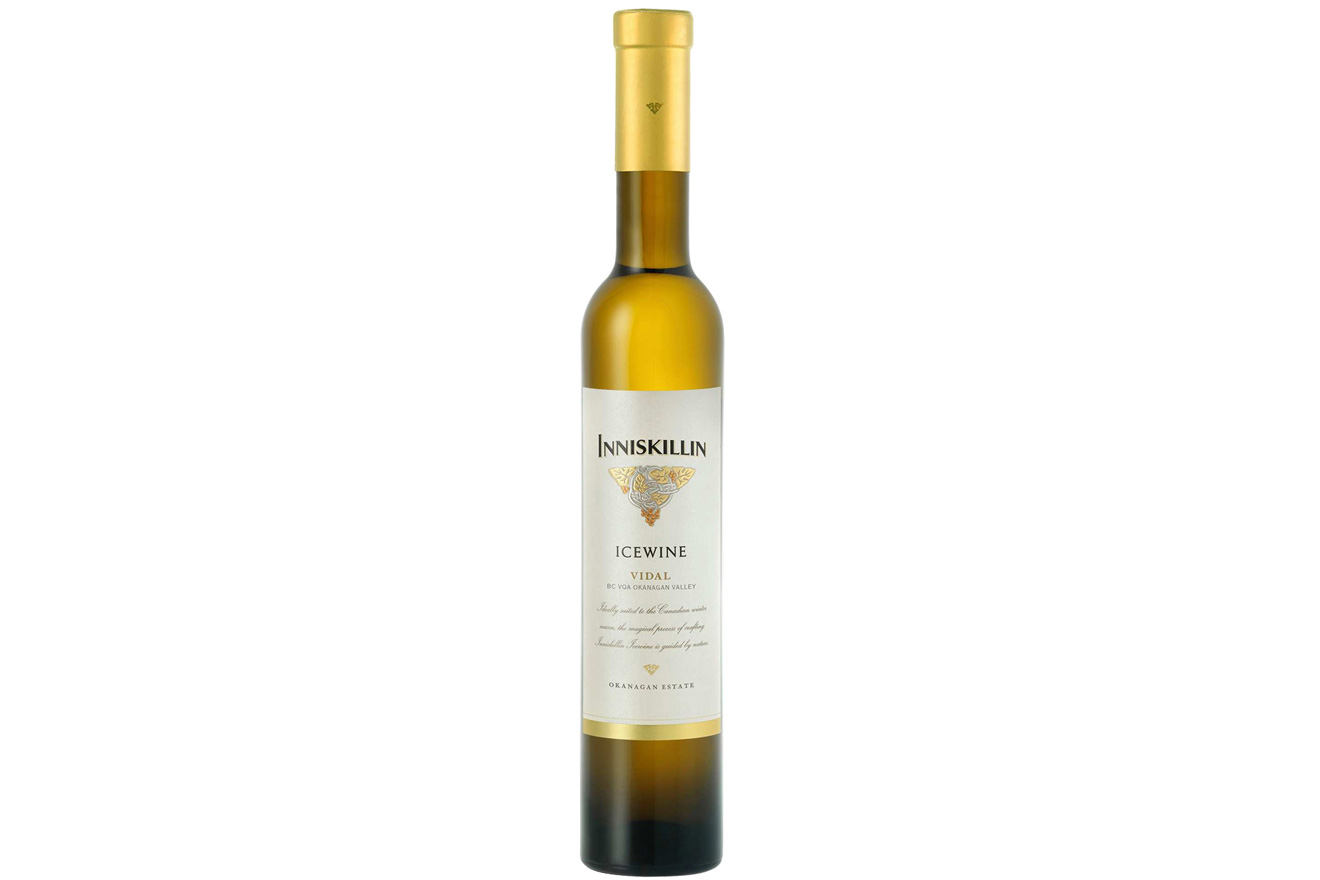 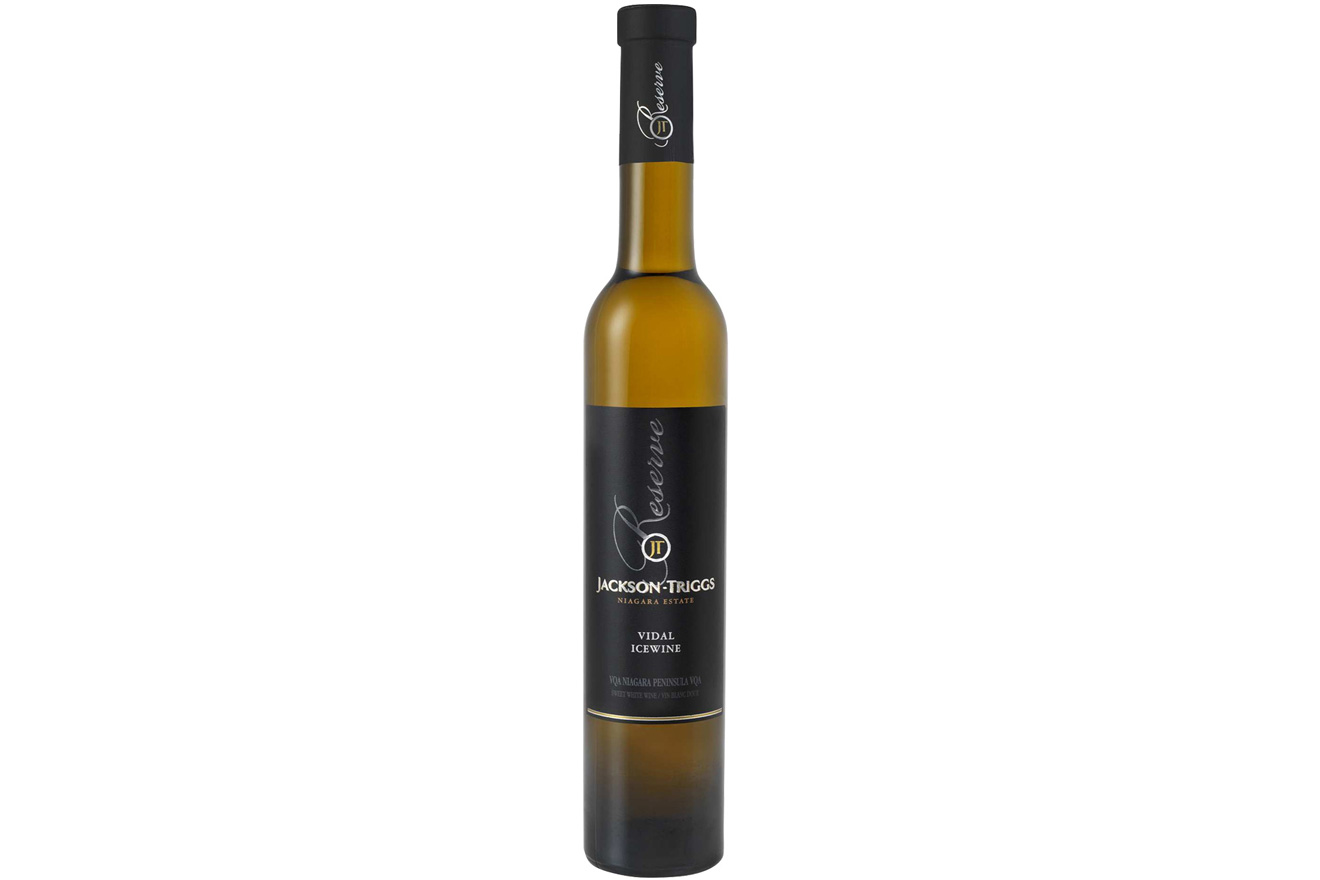 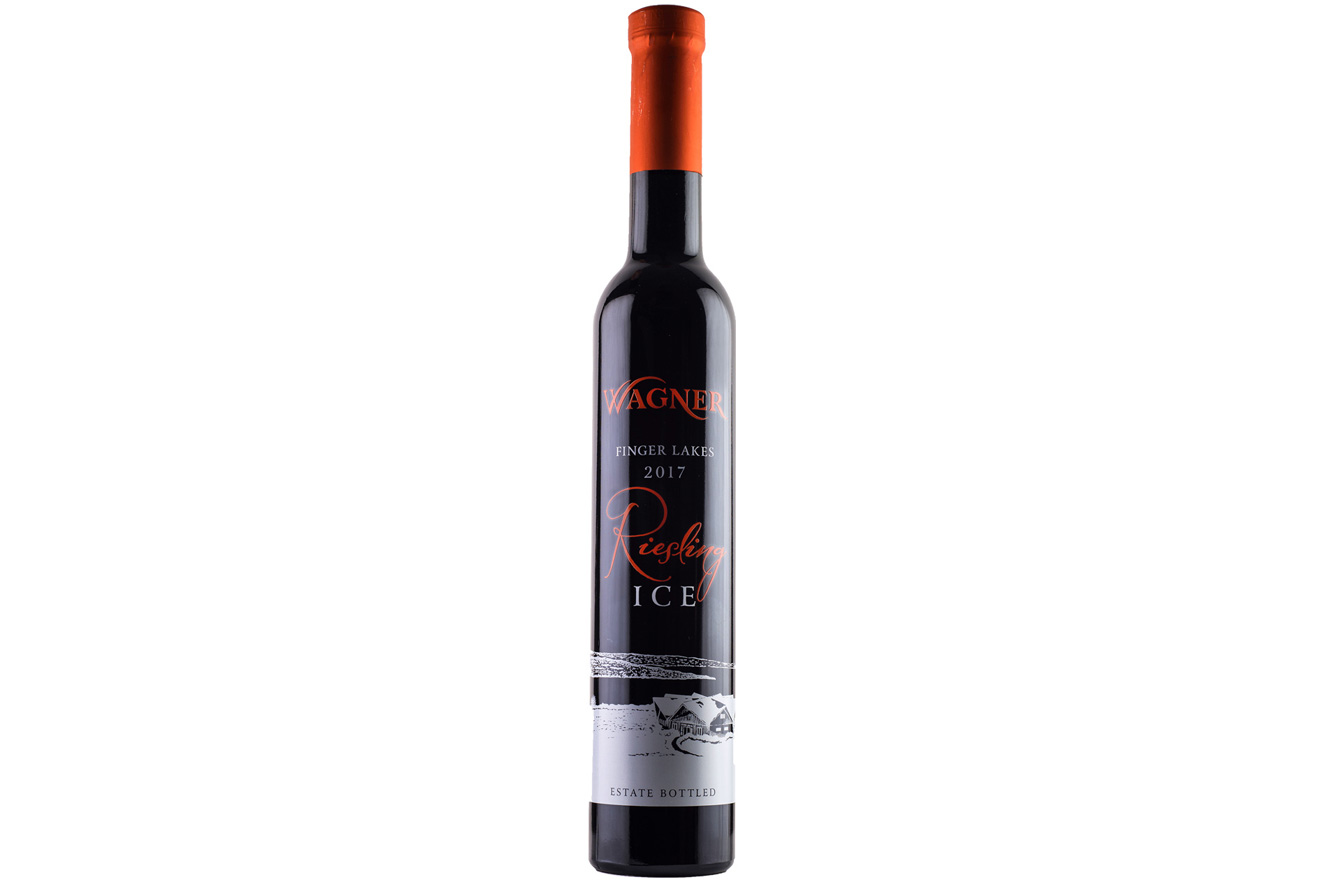 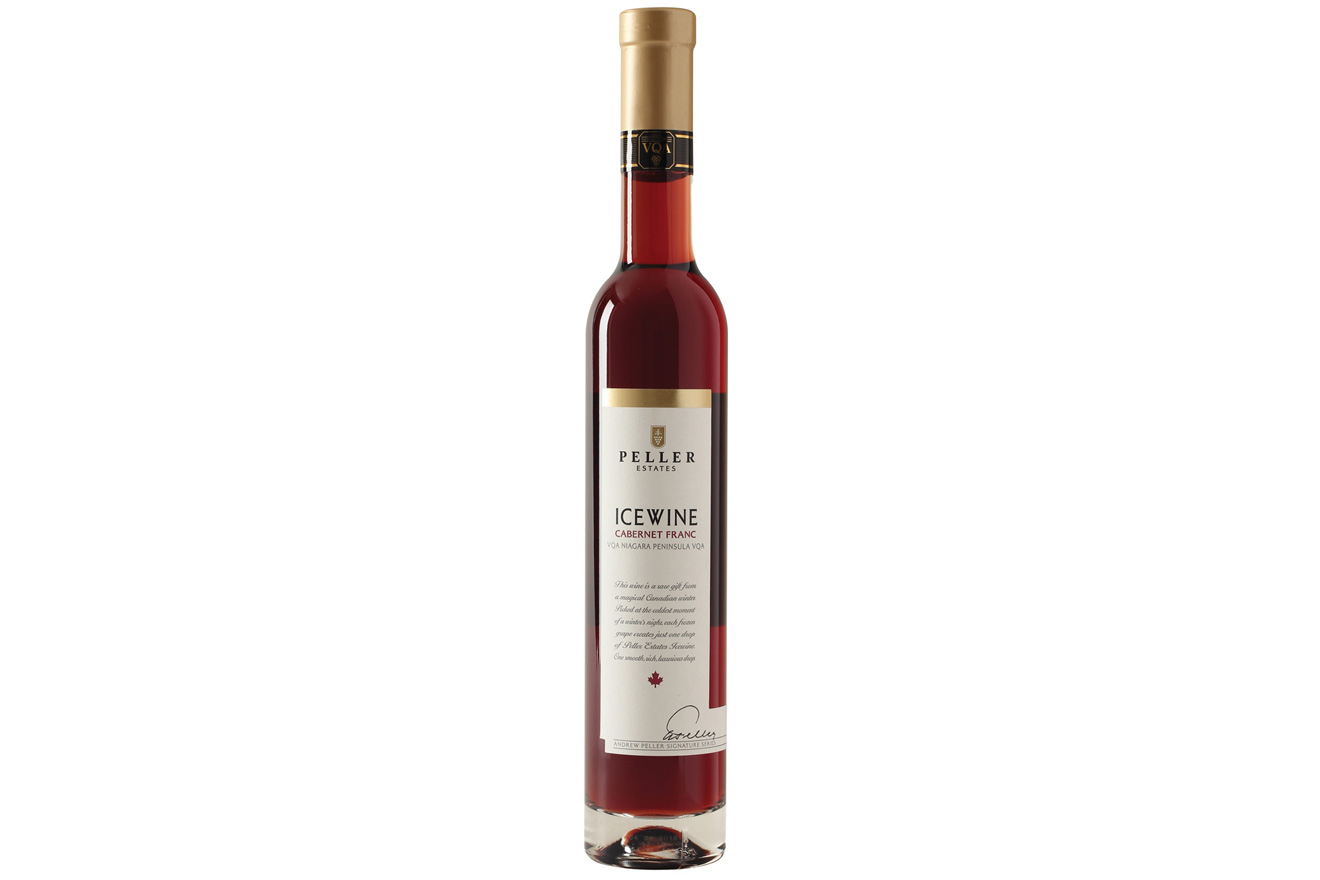 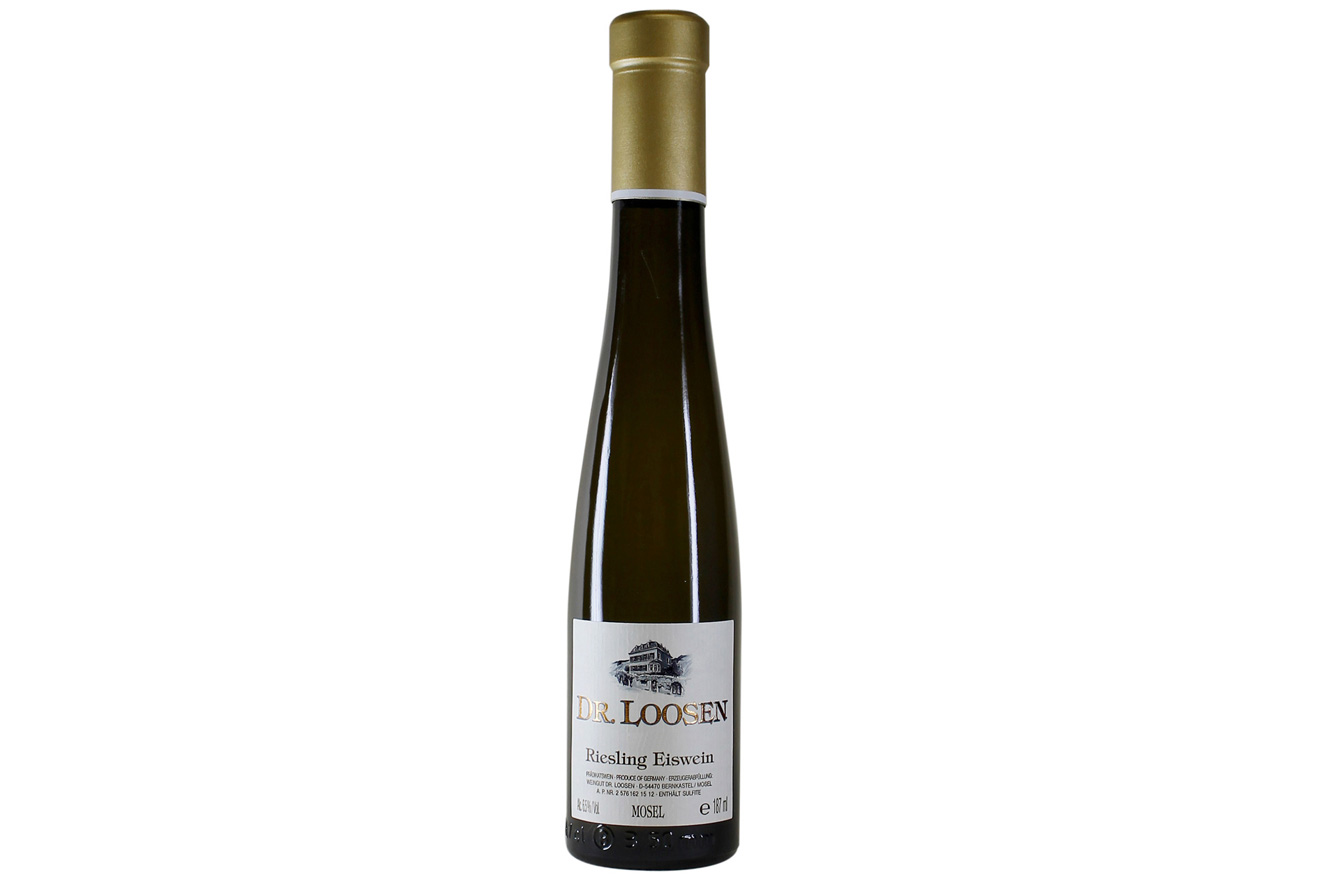 – A Beginner’s Guide to Moscato Wine –