A Beginner’s Guide to Moscato Wine

We have probably all had a bottle of the famous sweet Italian sparkler Moscato d’Asti or Asti Spumante (hello, Martini & Rossi mimosas) at some point in our adult lives. However, many people don’t realize that ‘moscato wine’ can be a little misleading, as this generic term can actually mean a lot of different things. From dry to sweet, sparkling to still, we’re breaking down everything you need to know about this popular wine.

So what is moscato? The term “moscato” is simply the Italian word for the widely planted and ancient grape variety, muscat, also known as moscatel in Spain and muskateller in Germany and Austria. In fact there are literally hundreds of varieties of muscat grapes, each with their own distinct qualities, the most widespread being muscat blanc à petits grains (called moscato bianco in Italy) and muscat of Alexandria (also known as zibibbo in Italy). Muscat can also be found in many different hues, from white to gold to pink to brown to black, and, while it is mostly made into white wine, there is also a red moscato, too. Confused yet? 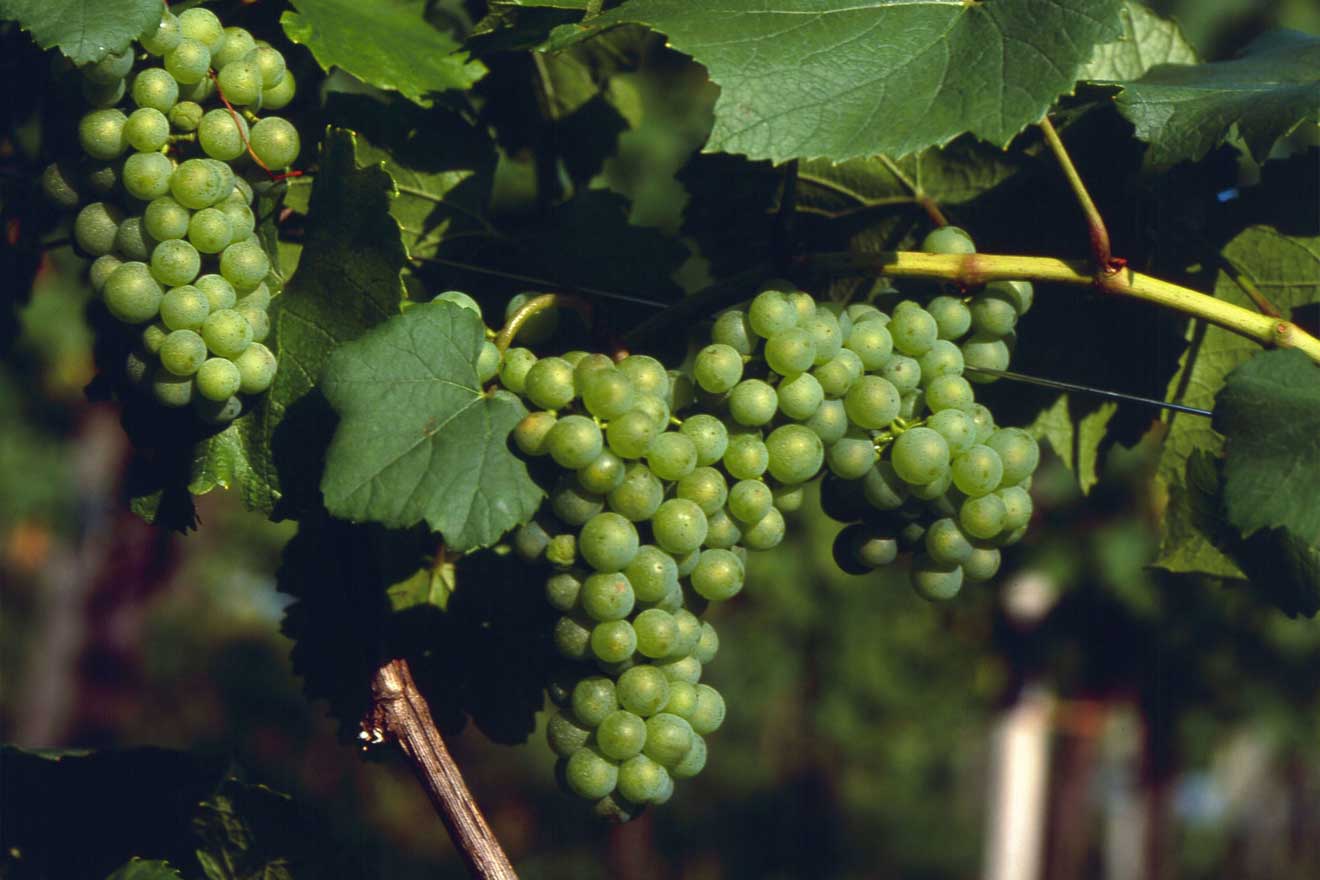 Moscato in all of its forms is considered an aromatic grape variety, meaning it is heavily perfumed, offering exotic aromas like mandarin orange, jasmine, peach, pear, honey, and rose petal, as well as an unmistakable grapey quality. And, while it may be best known for the sweet vino frizzante and spumante from Italy, moscato wine is produced all over the world in a wide range of styles depending on the region and the type of muscat being used. Here are a few of the most noteworthy wines made from moscato… AKA muscat… AKA moscatel… AKA muskateller.

Moscato d’Asti DOCG and Asti DOCG are the best known styles of wine made from the moscato grape. These wines are made from 100% moscato bianco in the Asti region of Piedmont in Northwest Italy, using a technique known appropriately as the “Asti” method. In general, wine is made when the sugar in grapes is converted to alcohol. During the fermentation process, carbon dioxide is released as a byproduct. When the grapes for Moscato d’Asti are first fermenting, this carbon dioxide is allowed to release – as it usually is for the production of still wines (otherwise everything would be sparkling). However, part-way through fermentation, when the moscato is about 6% ABV, the tank is then sealed, forcing the carbon dioxide back into the wine, resulting in bubbles. Fermentation is also interrupted by chilling the juice, which results in some residual sugar and low alcohol. Fortunately, these wines also have a bright, mouth-watering freshness to balance out the sweetness. 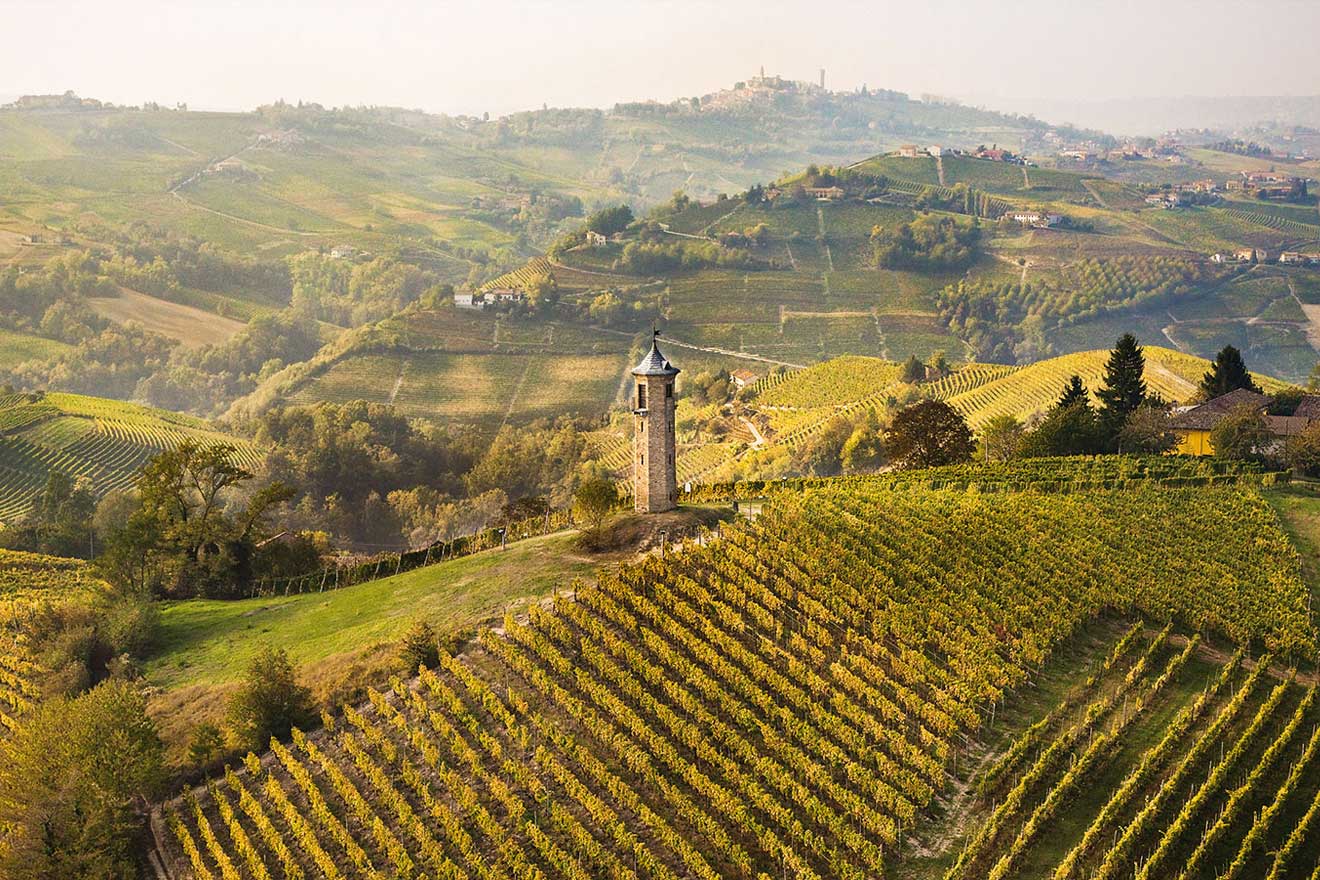 Moscato isn’t just made in a sweet, sparkling style. It is also fermented to dry or near-dryness and produced without any effervescence. These wines can be wildly aromatic, with tropical fruit and floral notes that make it a natural pairing for exotic cuisines and spicy foods.

Still muscat is made all over the world, with noteworthy examples coming from Northern Italy, Austria, Germany, and the United States. In some ways, these wines are riding the coattails of the familiar sparkling, sweeter styles of Moscato, and gaining their own popularity as a result. 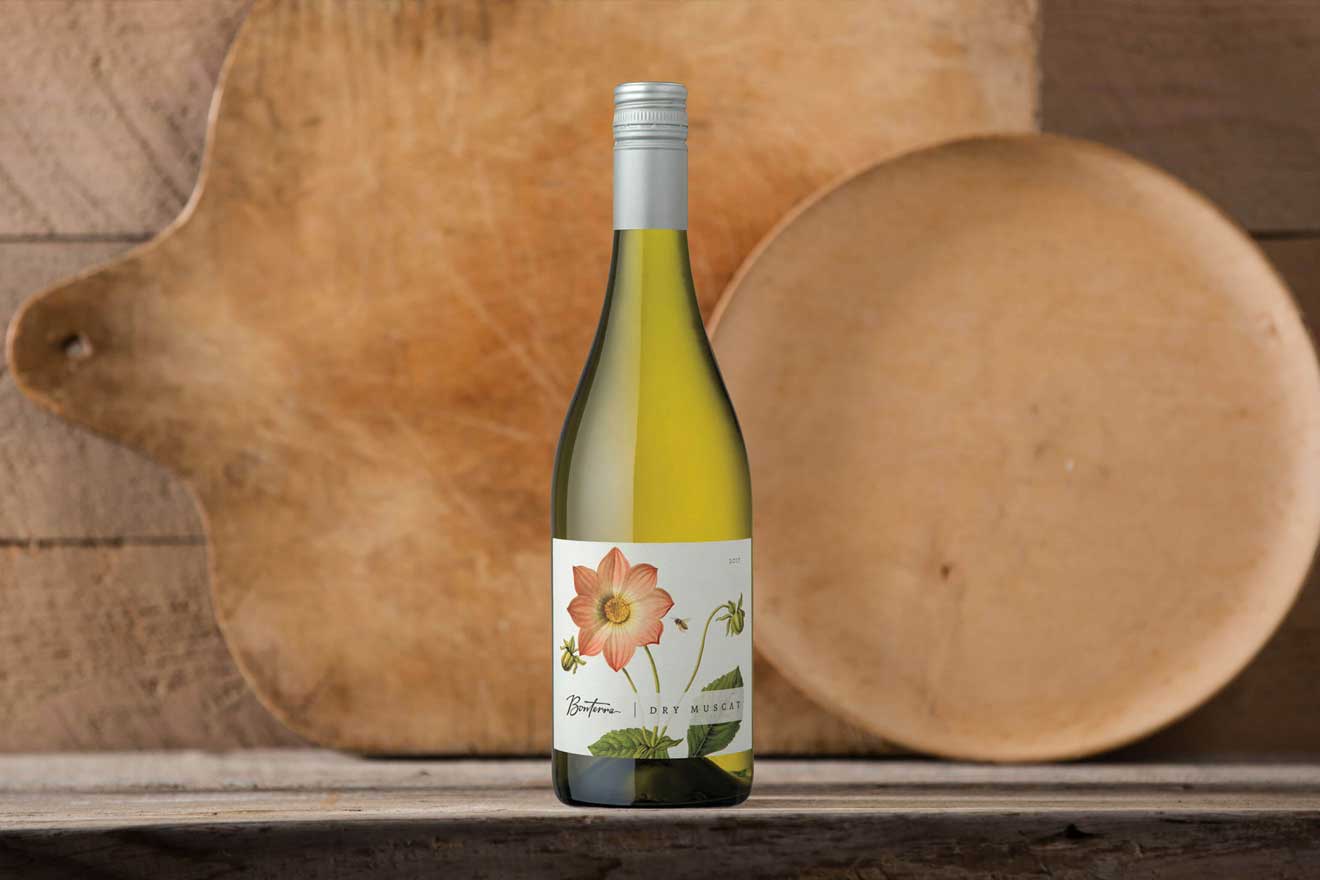 Muscat is widely used in the production of sweet and fortified wines, from California to Europe to Australia. In Jerez, the Spanish region in the Southern province of Andalusía known for the production of sherry, moscatel de Chiopiona, named after the town around which it grows, is made into a sweeter, more aromatic style of sherry. Similarly, in Portugal, moscatel galego branco (AKA muscat blanc à petits grains) is used in some unaged styles of aromatic white ports. In Southern Italy, muscat of Alexandria (known locally as zibibbo) is made into several sticky sweet dessert wines, including Passito di Pantelleria and Moscato di Lipari.

In the South of France, muscat is used in the production of a highly celebrated style of sweet, fortified wines known as Vin Doux Naturel. For these wines, made primarily from muscat blanc à petits grains, a neutral grape spirit of about 95-96% ABV is added while the wine is fermenting, which stops the fermentation and, like Moscato d’Asti, leaves a percentage of residual sugar behind. From there, these wines can be released a few months after fermentation, or aged with a deliberate exposure to oxygen, resulting in a deeply amber-hued wine with rich, nutty, honeyed aromas. 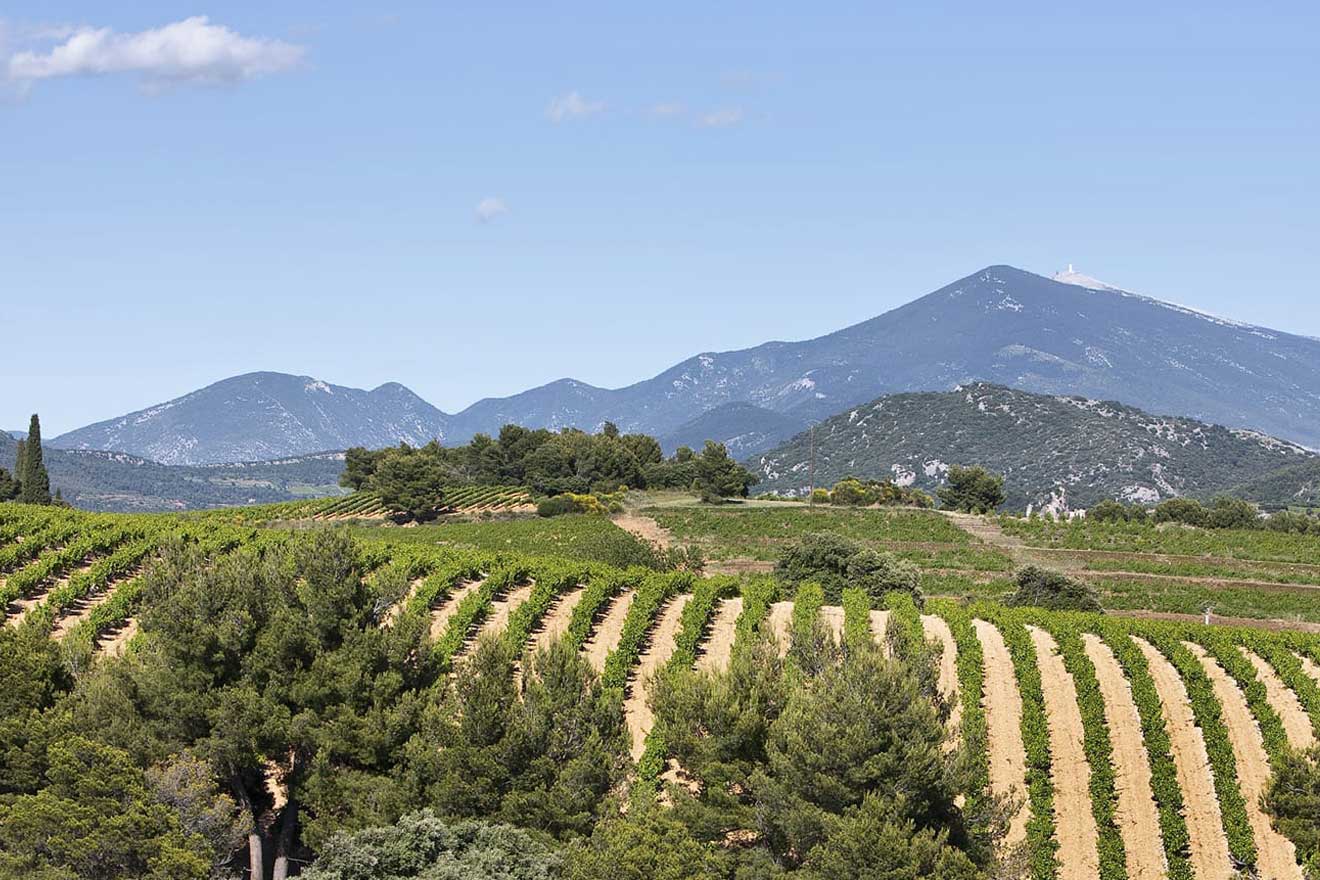 Rutherglen Muscat is another style of fortified wine, made in the Rutherglen region of Victoria in Australia. This wine is produced from a red-skinned mutation of muscat blanc à petits grains called muscat rouge à petits grains, also known locally as Rutherglen brown muscat. These grapes are ripened on the vines to the point of shriveling, concentrating their sugar levels and resulting in intense aromas of dried fruits. Like their French counterparts, fermentation is stopped early with the addition of a neutral grape spirit, creating a fortified wine with quite a bit of residual sugar. Rutherglen muscats are a rich brown color and syrupy sweet, with notes of dried fruit, licorice, chocolate, nuts, and candied citrus. 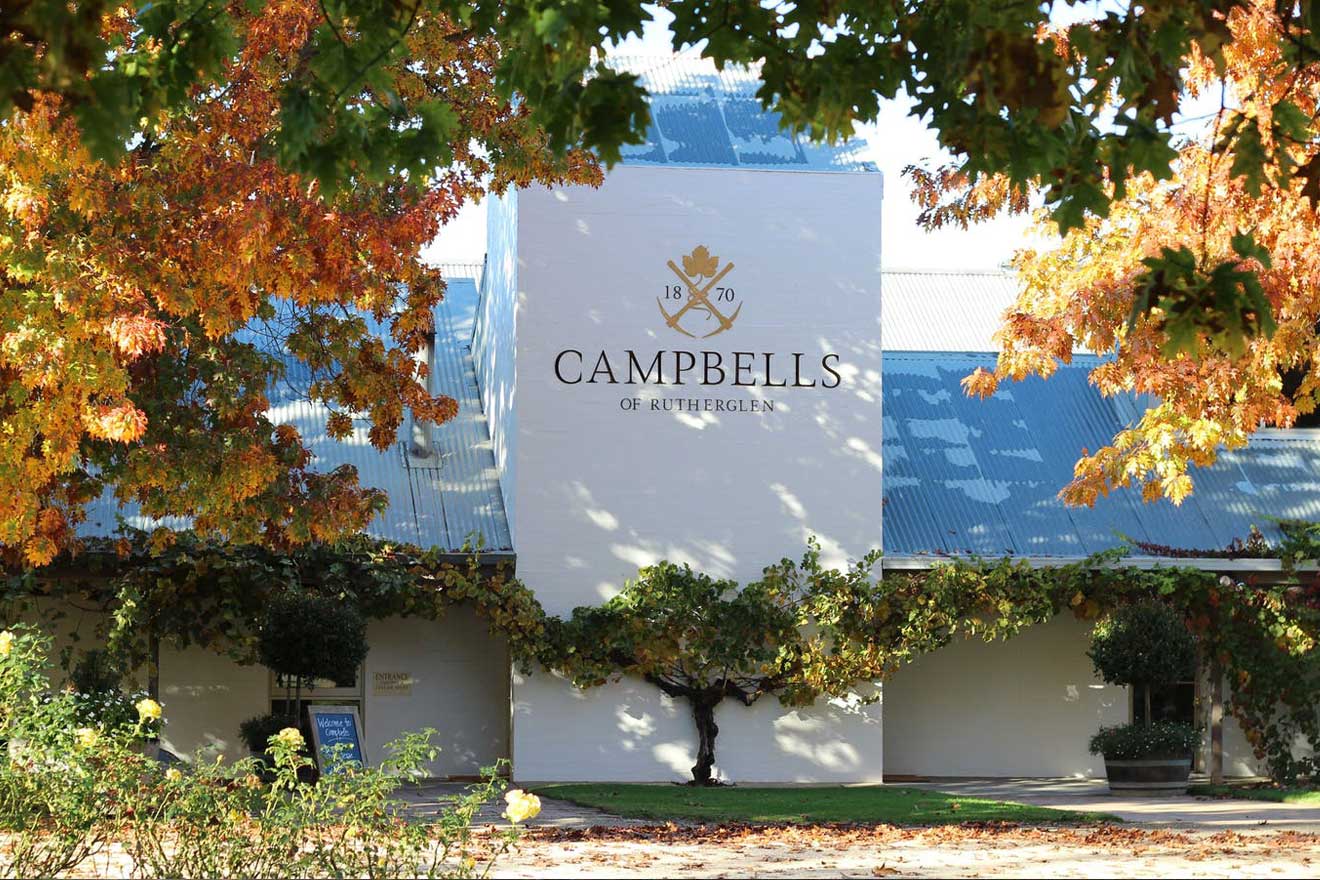 There are so many other styles of moscato out there, from still to sparkling, sweet to dry, white to rosé to even red, that we have barely scratched the surface here. The bottom line when it comes to moscato – by any name – is that, given the number of styles and regions it is produced, you are bound to find something you like. Who doesn’t love a great wine adventure to discover something new?

– A Guide to Understanding Wine Through Numbers –

– 9 Wine Podcasts for Every Type of Listener –

Devin Parr is a San Diego-based freelance writer and consultant specializing in wine, travel and lifestyle. In addition to covering the global wine industry, she is the resident expert in Temecula Valley Southern California Wine Country, serving as the region’s ambassador on behalf of the Temecula Valley Winegrowers Association. She holds a certification in wine expertise from the Apicius International School of Hospitality in Florence, Italy, as well as the Wine and Spirit Education Trust (WSET) Diploma. In 2017, she was named one of Wine Enthusiast Magazine's Top 40 Under 40 Tastemakers. Follow her adventures at @thesocalwinegal and www.devinparr.com.