Say Cheers! 5 Unique Toasting Traditions from Around the World

There are many conflicting tales about how we reached the modern day act of toasting our loved ones with a clink of the glass and a hearty “Cheers!” Some believe a form of toasting has been around since ancient times when sacrificial libations were offered to the gods, while others say it began by touching glasses together so that each drink would spill into the other, easing fears of poisoning. One of the most popular stories evolved from the 17th century when it was customary to flavor drinks, like wine, with toast, hence the arrival to the term “toasting.”

Whichever stories are true, the custom of toasting is now a mostly universal tradition. It’s exclaimed in a myriad of languages — Cheers! Prost! Salud! L’chaim! — and done throughout celebrations of all kinds, from New Year’s Eve to weddings to a night out at the pub with friends. For the most part, toasting across the world is a similar practice involving a drink, a clink of glasses, and a proclamation, but some cultures have added their own twists to the tradition. Here are five customs that take the toast to another level.

Toasting with Paper Wishes in Your Glass

There are many superstitions people adhere to in order to make their wishes come true, like silently wishing every time the clock turns 11:11 (admit it, you’ve done it). At the turn of a new year, wishes are especially aplenty, and in Spain and Mexico for instance, they may eat 12 grapes representing 12 wishes during the final countdown to midnight.

But, in Ukraine and Russia they wash down their wishes with their New Year’s Champagne toast, literally. On New Year’s Eve, they’re known to write down their wishes for the coming year on a piece of paper. At the stroke of midnight, they will burn the paper, drop the ashes in a glass of bubbly, and take a big gulp of their hopes and dreams that will supposedly come true in the next 365 days.

Unless you’ve been living under a rock, you likely know that it’s discouraged to toast with water in your glass, and here in Wine Country, we don’t love the idea either. Clinking glasses with water is looked down upon across many cultures. It’s believed that the act brings bad luck or even death upon the recipient, and in some cases, death upon yourself. The U.S. military actually forbids it with Naval folklore claiming that a toast with water will lead to death by drowning.

In Spain, toasting with water, or any non-alcoholic drink for that matter, can result in a different kind of misfortune: seven years of bad sex. In a no-win game of Would You Rather, we think it’s best you keep your toast alcoholic.

But, don’t rest easy just yet. Spain’s toasting curse is actually quite popular across Europe. In France and Germany, all it takes is breaking eye contact during a toast to ruin bedroom activities for seven long years, and the same horrific curse can fall upon you in the Czech Republic, but it’s not nearly as simple to avoid.

Toasting there is a rigorous process where you need to individually toast to the health of each person at the table (by saying “na zdravy!”) before taking your first sip. You must always look the person you’re toasting in the eye, and while maintaining eye contact, you need to ensure that two things don’t happen. One, don’t spill from your drink, which can be tough when you’re not allowed an initial sip, and two, do not under any circumstances allow your arm to cross over with someone else’s while toasting. That’s what will supposedly trigger the curse on your sex life. Lastly, you must touch your glass to the table before finally taking a drink. While we’re not totally sure of the consequence of the final step, we would rather not test the waters to find out.

Toasting Until Your Arm Falls Off, You Pass Out, or Both

You might consider doing some biceps curls before heading to Georgia, where the Tamada — the toastmaster, often referred to as “dictator of the table” — will lead guests in sometimes as many as 30 toasts throughout a feast called a supra. While the toasts usually start out traditionally to friends and family both dead and alive, as the alcohol continues to flow, you can imagine the toasts may get a little…off course. This is especially likely given that the Tamada, who is essentially required to have an iron liver, must completely empty his glass with each toast. At the same time, it’s shameful for him to actually get drunk, so his job might be a lot harder than we thought.

Furthermore, never toast with beer in Georgia. It’ll be received poorly as if you’re wishing bad luck upon the recipient. But, if you happen to be toasting your arch nemesis, by all means, reach for a pint.

In Australia, it’s popular for a group of friends — er, mates — to call out, “Cheers, Big Ears!” as they raise their glasses in a toast, followed by the response, “Same goes, Big Nose!” There isn’t much meaning or any historical significance behind the phrases other than it’s funny and it rhymes. It’s also not meant as an insult either and is usually said with a tone of affection, so no need to get offended if you hear it from a friend from down under during an informal night of drinking at the pub. 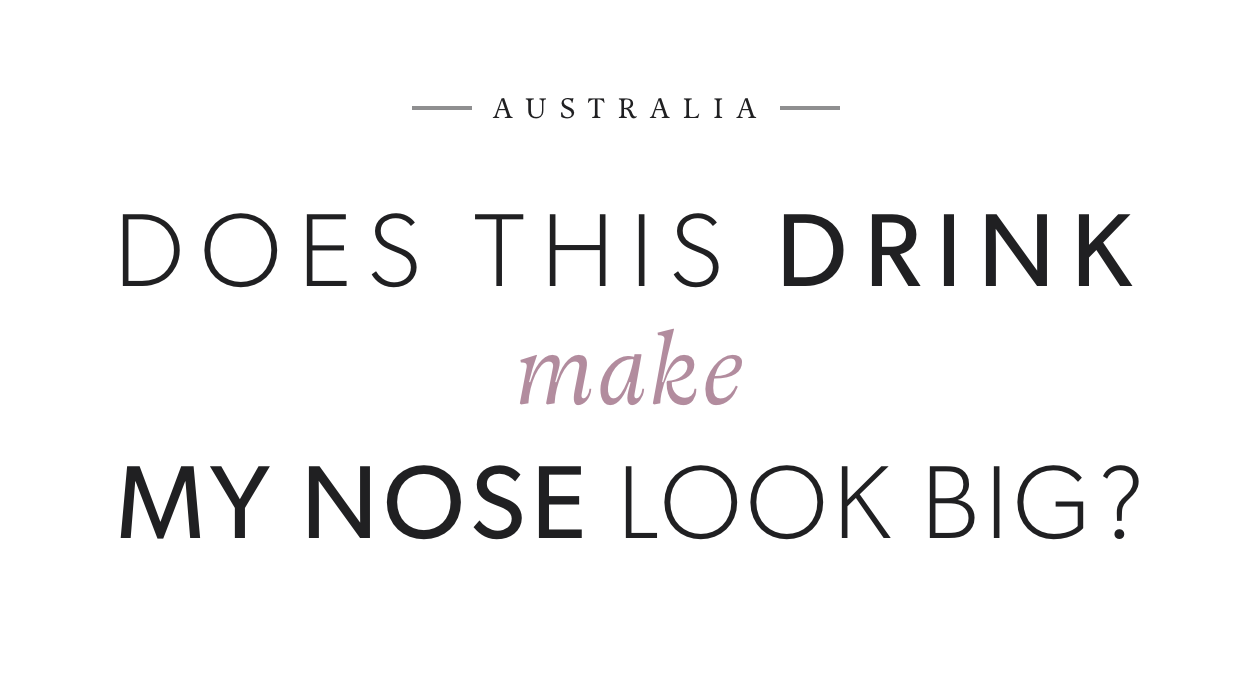 Toasting with Some Extra Sparkle

There are a lot of unique New Year’s Eve traditions in Mexico, and one is the addition of a little extra shimmer to their sparkling toasts at midnight. It’s believed that if you drop a gold ring in the bottom of your glass before shouting “Salud!” it’ll guarantee good fortune (literally money) in the coming year. Sounds a lot easier than trying to win the lotto or finding a genie in a bottle, doesn’t it?

If you do attempt this tactic this coming December 31st, be cautious of two things: 1. Don’t swallow the ring when you take your drink and 2. Make sure you don’t do this around a potential partner who’s anxiously awaiting a proposal, as you can imagine it could backfire terribly. Otherwise, bottoms up — we figure it can’t hurt try it out. 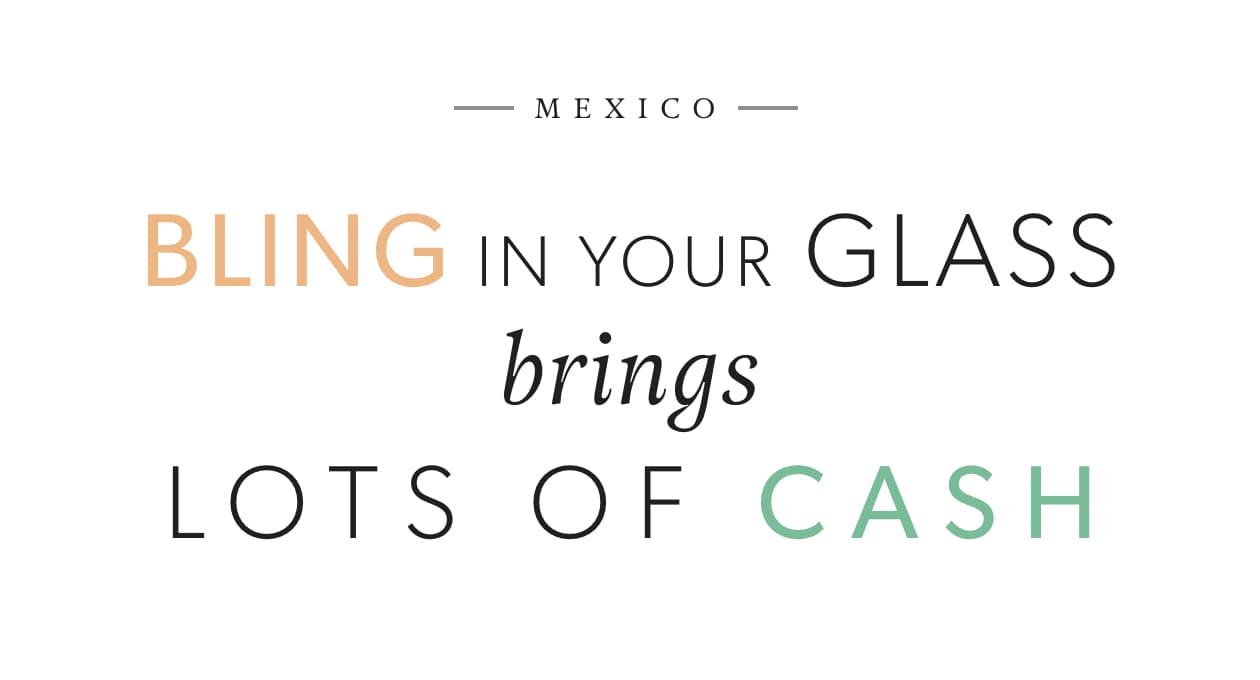 — 20 Boozy Beverages for the Holiday Season —

— Sparkling Wines for the Holidays —