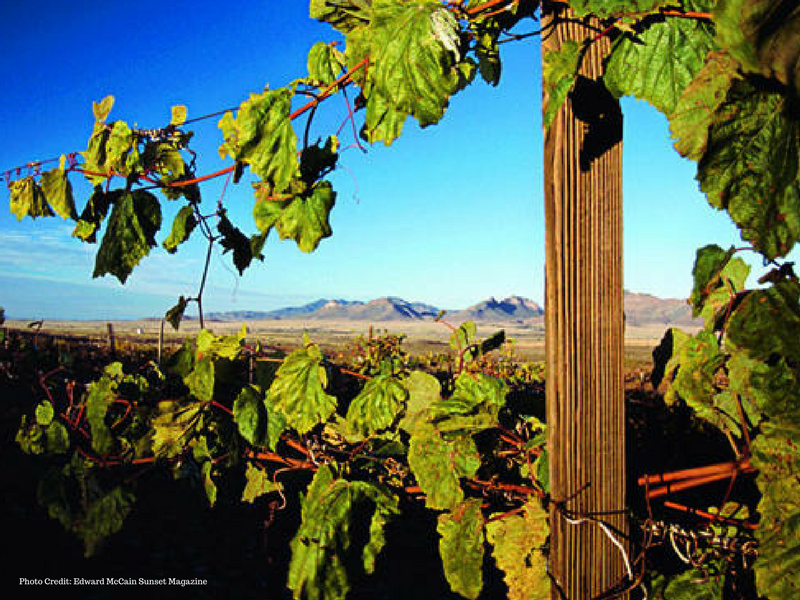 When you think of Arizona, you probably think of the Grand Canyon or Phoenix not wine country. But the warm days and cool evenings in some high elevation areas of Arizona create the perfect environment for growing wine grapes. Vineyards planted on rocky terrain are great for winemaking because they produce grapes with concentrated and complex flavor.

Willcox is located in the southeastern part of the state between Tucson and the New Mexico border. The region’s climate and soil resembles the well-known wine countries of the Rhone Valley in France and Mendoza in Argentina. The area is known for producing red wine, white wine, sweet wine and dessert wine and nearly three-quarters of the wine grapes in Arizona are from Willcox.

The Sonoita region near Tucson is home to the largest concentration of vineyards and wineries in Arizona so there are plenty of spots to visit. The state’s only official American Viticultural Area, the area is known for growing white, red and blush wine grapes and the soil is similar to the Burgundy area of France.

The Verde Valley is tucked away south of the Grand Canyon, southwest of Flagstaff and far away from the Willcox and Sonoita wine countries. The sunshine, heat and rocky soils help produce wine groups full of flavor. A 714 square mile region produces a wide variety of wines including Syrah and Zinfandel.

Insider Tip: The Verde Valley Wine Trail features seven wineries and eight tasting rooms along its path. We recommend trying all of them! 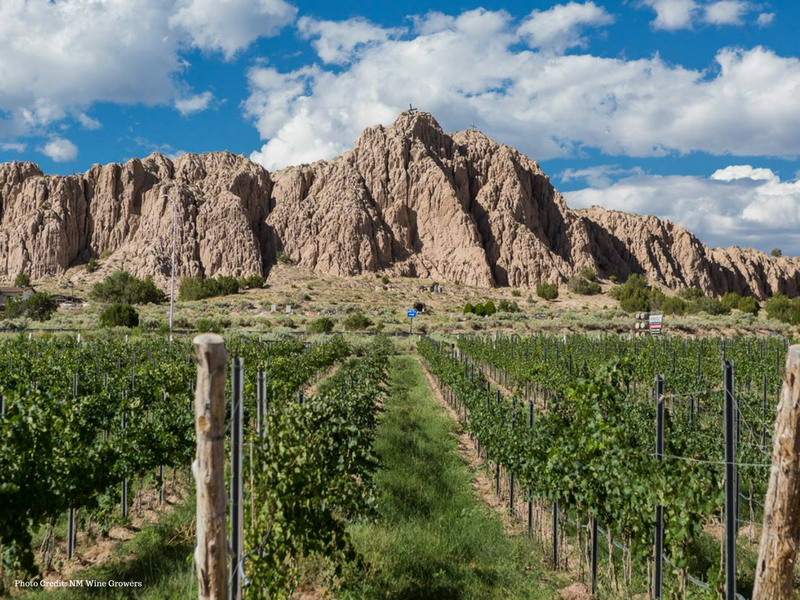 The Spanish colonists in New Mexico needed wine and the first wine grapes in the state were planted in 1629 by a Franciscan priest and a monk, making it the oldest wine country in the U.S. Monks from Spain may no longer need the wine for their daily masses but the state is proud to still produce wine. Today there are more than 40 family-owned vineyards and wineries across the state, according to the New Mexico Wine and Grape Growers Association.

The three main regions are in the southern, central and northern parts of the state. The Rio Grande valley in the southern region was a thriving wine country from the 17th century until the late 19th century when the Rio Grande began flooding. Wineries and vineyards have been popping up in the area for the past forty years and there are a number of wineries and tasting rooms in Las Cruces.

Insider tip: If you visit Las Cruces area, stop by the Rio Grande Vineyards and Winery (5321 NM-28, Las Cruces, NM) which has beautiful views of the mountains and great red and white wines. Co-owners Gordon and Sandi Steel traveled the wineries of the world while he was in the Air Force and his ancestors grew wine grapes in the area during the 1880s. 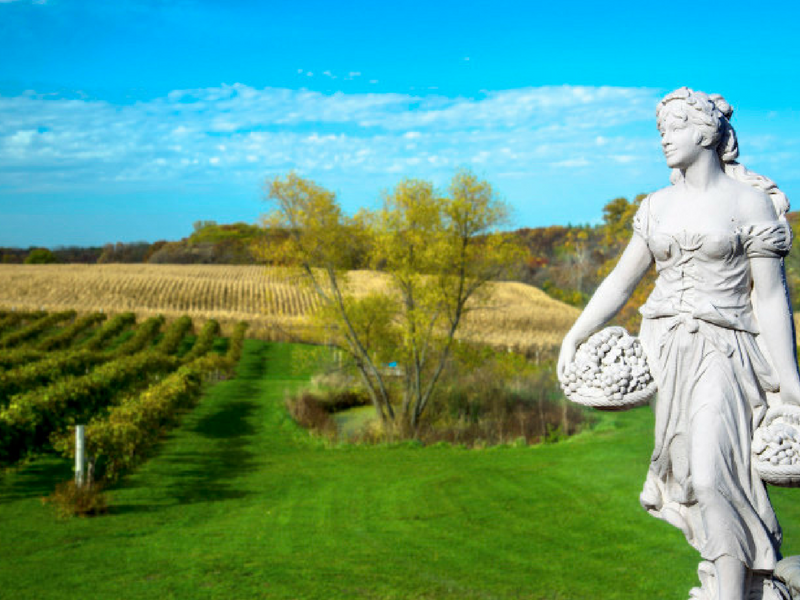 There are 11 wineries along the Iowa Wine Trail from the Brick Arch Winery just east of Iowa City to the Winneshiek Wildberry Winery just south of the Minnesota border. There are more than 100 wineries and 300 vineyards in the state despite a midwestern climate that’s not very friendly to wine grapes with its hot summer days and sub-zero winter nights. Some of the wineries import grapes from abroad and other more climate-friendly states to produce wine.

The northeastern part of the state is home to the Upper Mississippi River Valley American Viticultural Area. Its hills and soil are good for grape growth and growers adapt to the cold by pulling the grapevines from their trellises before winter sets in.

Insider tip: Visit Cedar Ridge Winery & Distillery (1441 Marak Road, Swisher, IA) which has won numerous awards for its wine and spirits. Between Cedar Rapids and Iowa City, it’s convenient to visit and located in a picturesque rural area. Make sure you take home a bottle of their Reserve Red wine which won a gold medal at the 2011 Mid-American Wine Competition and should appeal to Merlot and Cabernet drinkers. 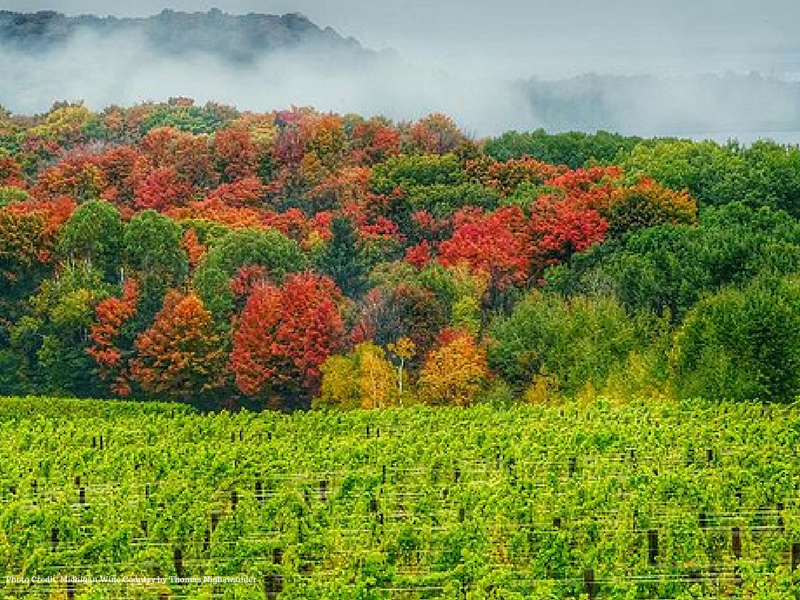 It may be a surprise that Michigan is the fourth-largest grape growing state in the U.S. with 121 wineries. The wine, wine grape and grape juice industries in the up-and-coming wine country account for about $790 million in economic value and more than 5,000 jobs in Michigan, according to the Michigan Grape and Wine Industry Council. Many varietals are produced in the state from Pinot Noirs to Chardonnays to Pinot Grigios to Sauvignon Blancs.

Lake Michigan, along the state’s western border, surprisingly is very hospitable for wine-making and most of the state’s grapes grow within 25 miles of it. “Lake effect” snow covers the vines during the winter and the lake’s effect extends the growing season.

Insider Tip: We recommend Chateau Chantal (15900 Rue Devin, Traverse City, MI), a winery and inn in beautiful Traverse City. The charming, family-owned business is located on a 65-acre estate with cooking classes, wine seminars and wine dinners in addition to the bed and breakfast and tasting room. Make sure you try their Chardonnays (especially the Proprietor’s Reserve), Pinot Noirs and Malbec Rose. 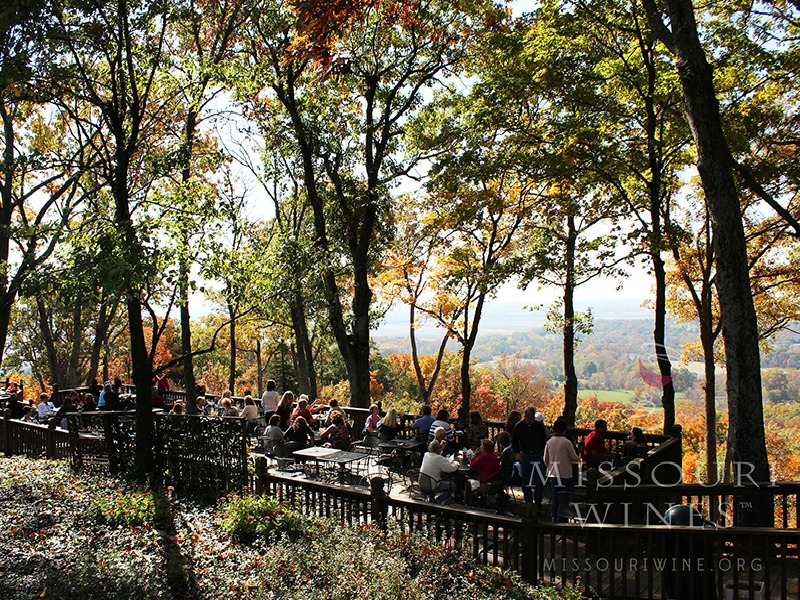 Wine was first produced in Missouri in the 1850s and it grew into a thriving wine hub until Prohibition halted the industry for decades. It started to make a comeback in the 1960s and today there are several wine countries in the state including Hermann, Augusta and Sainte Genevieve. There are some more wineries sprinkled around the state including in the Ozark Mountains and Highlands. The wine regions are very picturesque with many quaint bed and breakfasts, good restaurants and attractions in nearby towns.

Norton is the official state grape and it produces Norton wine, which is “every bit as lush and robust as Zinfandel,” according to Missouri Wine Country. There are many other varietals produced in the state including Merlot, Pinot Noir, Rose and Cabernet Sauvignon.

Insider tip: The Crown Valley Winery (23589 State Route WW, Sainte Genevieve, MO) is an exceptional place to visit set in the rolling countryside of the southeastern region and in close proximity to St. Louis. Make sure to try some of their Norton varietal, their rich Cabernet Sauvignon and their specialty Caramel Apple Sangria during the fall. Visit during the summer, spring or fall because the winery closes for the winter season reopens March 30. 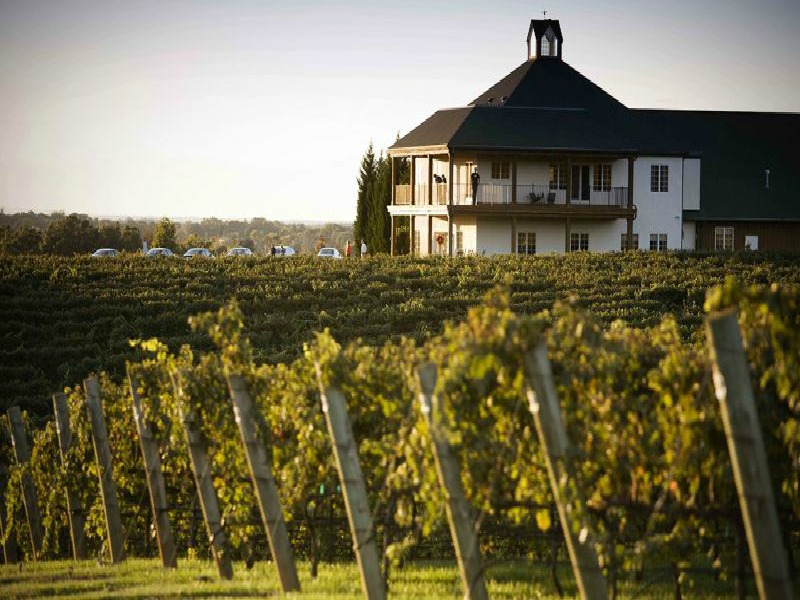 Wine countries in North Carolina extend across the state from the mountains to the Atlantic Ocean. The three major wine-growing regions are the Yadkin Valley, Swan Creek and the Haw River Valley. It’s a fast-growing industry with over 100 wineries, a number that has quadrupled since 2001, according to the North Carolina Department of Agriculture & Consumer Services. North Carolina was producing wine during the colonial era and continued to be a major player in the industry until Prohibition.

The Yadkin Valley, home to about a third of the state’s wineries and vineyards, in the western part of the state has a similar viticultural climate to Burgundy, France which makes it a natural fit for wine-making. Some of the most popular varietals are Cabernet Sauvignon Merlot and Chardonnay. Muscadine grapes are native to the state’s coastal areas and thrive in that climate. Duplin Winery, the state’s oldest and largest, is the world’s biggest producer of Muscadine wine. A little-known and interesting fact: the most visited winery in the country is Biltmore Estate Winery, part of the historic Biltmore Estate built by the Vanderbilt family, in Asheville with more than a million visitors a year. Biltmore produces more than 150,000 cases of wine a year.

Insider tip: When visiting the Yadkin Valley, stop by the picturesque RayLen Vineyards and Winery (3577 US-158, Mocksville, NC). The tasting room offers red, white or sweet wine flights featuring 6-8 wines for a reasonable $7. They even offer yoga classes which look like fun. Specializing in European varietals, they produce Merlot, Cabernet Franc, Chardonnay and many more popular wines. We recommend trying their vibrant Deacon White Chardonnay which is named after Wake Forest University’s Demon Deacon mascot.