What is Mead? Everything You Need to Know About ‘Honey Wine’

While the history of wine dates back thousands of years, historians point to another beverage as the first alcoholic drink: mead. A fermented beverage made of honey, water, and yeast, it’s often called “honey wine.” That, however, is a bit of a misnomer, as this unique drink is unlike any wine, or even beer or cider. Here’s all you need to know about this ancient alcoholic beverage currently undergoing a resurgence in the U.S.

Its exact origins are unknown, but some texts show ancient Greeks consumed a honey-and-water mixture as a way to honor the goddess Aphrodite — one reason why it’s referred to as the “nectar of the gods.” It’s also thought that Nordic Vikings celebrated battles and long voyages with mead. More recently, historians believe it originated anywhere from 20,000 to 40,000 years ago in Africa, when tribes would drink the liquid created by honeybees that took up residence in hollowed-out tree trunks.

In early England, mead was often infused with herbs and thought to aid in digestion or improve depression, and during medieval times, honey wine was an essential part of a new marriage. In fact, the term “honeymoon” comes from mead — after marriage, a couple was supposed to drink this honey liquid as a way to boost fertility. 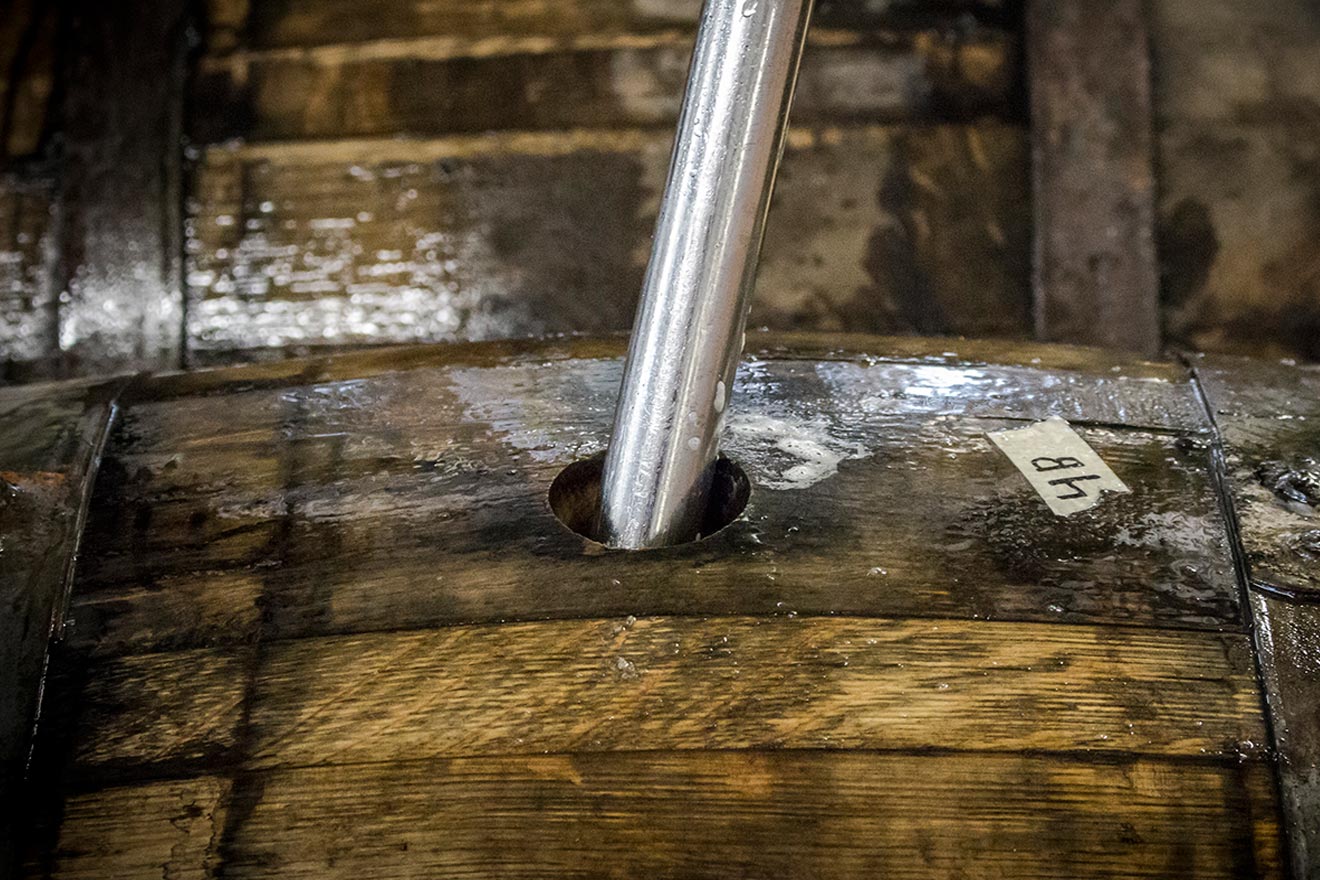 Courtesy of B. Nektar

Like any alcoholic beverage, mead starts with fermentation. Water is added to honey to dilute the thick liquid, then yeast converts the sugars in the honey to alcohol. Once this primary fermentation is complete, the mead is moved into another fermentation vessel for further clarification.

It sounds simple, but just like wine, mead can be incredibly complex. Honey itself shows a wide range of flavor profiles — just like wine grapes — depending on the type of flower pollen used. The thought of a honey wine may conjure up the idea of sweetness, but mead can be brewed in a range of styles, from dry to semi-sweet to sparkling.

In terms of alcohol content, mead is closer to wine than beer, ranging anywhere from eight to 20 percent ABV. And like high-end wines, meads can age for several years, developing new layers of complexity. 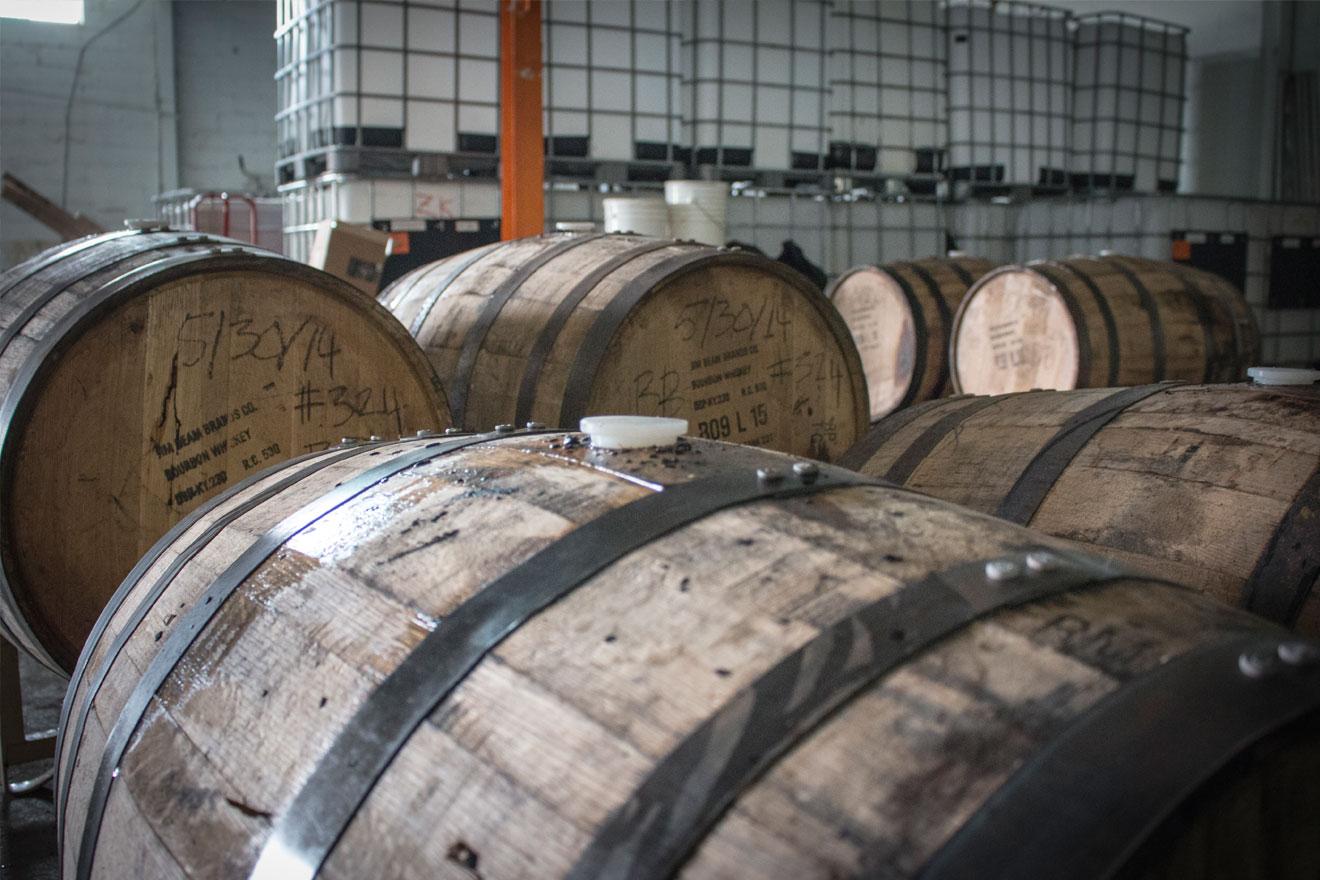 Mead barrels, Courtesy of B. Nektar

At its most basic level — honey, water, and yeast — this fermented beverage is known as traditional mead, which is the most common. But several subcategories exist, which use the addition of other ingredients such as fruits, grains, and spices to create variations.

Melomel is a style with added fruit juices. Under this category are the sub-styles of Pyment (mead with grape juice) and Cyser (mead with apple juice).

Metheglin is a style that adds herbs and/or spices. Under this category are Hippocras meads (Pyment with herbs and spices).

Braggot could be considered a beer-mead hybrid, where honey and grains are fermented together.

Bochet uses a caramelized honey in its blend.

Given its wide-traveled routes, mead and its variations are produced and consumed around the world. Te’j, a version from Ethiopia, adds gesho root, derived from an indigenous plant, into the mead. Medovukha is a higher style of mead consumed in Russia. Watery versions, known as hydromel, can be found throughout Spain and France. As the craft beverage movement continues to grow in the U.S., it’s no surprise that high-quality American meads abound. As meaderies continue to flourish, this ancient beverage is entering the modern age.

Meads to Look For

Enlightenment Wines Meadery, Nought Dry Mead, New York For those looking to try a classic-style mead, this is a great place to start. This is a dry mead, made from New York State wildflower honey, and is aged for a few months in oak barrels, which add levels of complexity.

Montezuma Winery, Sweet Mead, New York Based in New York’s Finger Lakes wine region, this is a sweeter rendition of the classic honey-water-yeast mead and the essence of honey strongly comes through.

B. Nektar, Saffron Bouchet, Michigan Michigan-based B. Nektar innovates the honey-based beverage with unique cuvées and eye-catching labels. The Saffron Bouchet, made in partnership with Swedish meadery Sahtipaja Meadery, uses caramelized orange blossom honey and saffron for this standout mead.